News
Learning Curve
MinnPost’s education reporting is made possible by a grant from the Bush Foundation.
Dec. 15, 2011 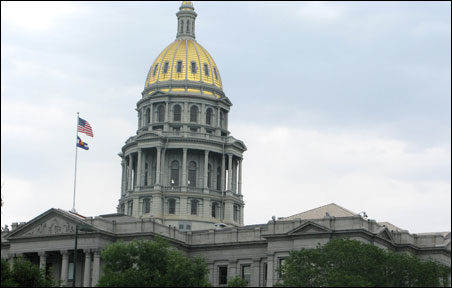 Creative Commons photo by Flickr user ilovemypit
The Colorado Legislature’s funding of education is “irrational and inadequate,” a Denver judge has ruled.

On Friday, a Denver District Court judge ruled that the Colorado Legislature’s “irrational and inadequate” funding system violates that state’s constitution, which promises a “thorough and uniform” education system.

“There is not one school district that is sufficiently funded,” Judge Sheila Rappaport ruled in Lobato v. State, according to an Associated Press story, here via Education Week. “This is an obvious hallmark of an irrational system.”

Why should you, Dear Minnesota Reader, take note? Because our state constitution has a nearly identical provision and because lawsuits filed by parents, districts and education advocates against states are becoming increasingly common around the country.

Yesterday, for example, Los Angeles Unified was expected to file suit on behalf of 38,000 magnet and special-education students whose $38 million busing program would be wiped out for the rest of the year by funding cuts triggered by California’s shortfall in new revenue. On top of the busing money, the district expects an $8 million shortfall.

Funding-adequacy suits have hit dockets recently in New Jersey, Texas, Alaska and Montana, among other places.

Education-policy notables testified
The Colorado case, which was tried over five weeks last summer, was particularly noteworthy because a Who’s Who of education policy notables took the stand to talk about the relationship between adequate funding and the closing of the achievement gap.

The state could not both set more rigorous education standards and fail to come up with the money schools need to satisfy them, plaintiffs argued in a case that could be made in most states.

Rappaport’s 189-page ruling [PDF] has been described as a “clean sweep” for plaintiffs, who charge that state funding falls up to $4 billion short of the amount that would allow schools to meet increasingly specific, stringent standards for student performance. The standards, of course, are designed to close the achievement gap, which the plaintiffs assert they will not be able to do without adequate funding.

Colorado law requires voters to approve all tax increases. Which means that in order to give schools “full funding,” lawmakers must either go to the citizenry or shift money from other parts of the budget.

Politics notwithstanding, the judge ruled, the Legislature needs to fund the education reforms it enacts. “Some of the State’s witnesses hold extreme views on education and school funding that are inconsistent with the Colorado Constitution and/or state reform legislation,” she wrote.

A first generation concentrated on equity, and typically involved complaints of inequalities created by disparate funding from one district to another. The most recent suits focus on adequacy per se, with schools arguing, in essence, that new standards are a kind of unfunded mandate.

A longer story on the local history of such suits appeared in this space in August, but the gist is this: Minnesota has had three adequacy suits, filed in 1971, 1988 and 1995, the most famous being the first, in which former federal Judge Miles Lord issued the order that sparked the funding equalization policy known as the Minnesota Miracle.

No recent lawsuit here
No one has filed suit here since former Gov. Tim Pawlenty formally undid that miracle in 2003, but there’s been chatter — particularly in the wake of this year’s legislative session, in which lawmakers balanced the budget by withholding 40 percent of school funding.

Even if such a suit were pursued successfully here — (confidential to Mike Ciresi: Know anyone who understands this issue intimately, is a gifted trial attorney and has a foundation dedicated to the welfare of children? Just askin’.) — it wouldn’t do much for pupils crammed like so many needy sardines into Minnesota classrooms today.

The Colorado suit spent six years wending its way to trial, and the state will most likely appeal Rappoport’s ruling to its supreme court.

Success of Colorado suit over education funding has implications for Minnesota