News
Learning Curve
MinnPost’s education reporting is made possible by a grant from the Bush Foundation.
Dec. 21, 2011

Yesterday, national scholars on both sides of the debate over the constitutionality, educational value and cultural importance of the racial and ethnic integration of the schools gave testimony at the state Capitol.

Joining them was the architect of Minnesota’s last two legal challenges to school segregation, attorney Daniel Shulman, who criticized the state for failing to enforce the law and said he’s willing to go back to court to fix that.

In the 15 years since settlement of the more recent of the suits he pressed, Minneapolis Branch of the NAACP vs. State of Minnesota, et. al., local schools have re-segregated “to an unconscionable degree,” he told a state task force charged with considering the future of the state’s desegregation rule.

Unintended outcomes
Under the terms if the settlement, hundreds of poor Minneapolis children have been bused to schools in western suburbs. But the trickle of progress has been swamped by a tidal wave of white flight, demographic change and lax enforcement of state integration laws, he said.

The status quo, in which so-called hyper-segregation has spread throughout metro area schools and lawmakers are considering doing away with programs to combat it, is the opposite of what he and others involved in the settlement intended.

“If parents come to me with complaints, I will file suit again,” he continued. “And I will do it for free because this is just that important.

Developing recommendations
It was the most dramatic meeting to date for the 12-member task force [PDF], appointed six weeks ago to develop recommendations to present to the 2012 Legislature, which will confront the knotty issue of whether to change the way the state encourages integration or scrap the rules and the funding used to pay for compliance.

Right now, Minnesota school districts engaged in voluntary integration efforts receive a per-pupil allowance to pay for everything from transportation to diverse magnet schools to cultural competency training for teachers. Because of a historical fluke in the law, Minneapolis, St. Paul and Duluth receive much bigger payments than other districts, many of which struggle with similar concentrations of poverty — which in Minnesota is tightly correlated with race.

DFL lawmakers have long agreed the Integration Revenue Program needs fixing, but have been reluctant to take up the issue for fear their GOP counterparts would demand the program be scrapped instead. Which is exactly what happened during this year’s legislative session.

As a part of the shutdown-ending compromise, Gov. Mark Dayton, the staunchest integration proponent to hold that office in a long time, demanded that “policy” changes be stripped from the final education bill. In place of an end to Minnesota’s formal commitment to integration and immediate redistribution of the funding stream, Dayton negotiated creation of the task force.

Under the terms of that deal, earlier this fall state Education Commissioner Brenda Cassellius named six of its members; the other six were named by House and Senate leadership. Members include several lawmakers; former Minneapolis Superintendent Bill Green; University of Minnesota law professor Myron Orfield, whose Institute on Race and Poverty has conducted research on hyper-segregation and its effects; and Katherine Kersten, op-ed contributor to the Star Tribune and a fellow at the conservative think tank Center of the American Experiment.

The constitutionality question
The first round of testimony at the hearing involved the constitutionality of using race as a factor in making such decisions as school attendance boundaries, busing policies and the creation of magnets and other programs designed to attract diverse populations.

A 2007 U.S. Supreme Court decision [PDF] striking down school choice programs in Seattle and Louisville has widely been misinterpreted to say that districts cannot make race-based decisions. But local lawyers and legal scholars from Howard University and the District of Columbia Law School told the panel that this is not the case.

School systems cannot discriminate. And those that want to use race to make decisions about student placement must show the decision received “strict scrutiny,” a four-prong test that includes the consideration of race-neutral alternatives. If a decision survives the scrutiny, it must be narrowly focused and achieve a compelling governmental interest.

On Dec. 1, the U.S. departments of Education and Justice issued guidance on integration for K-12 schools and institutions of higher learning that rely on essentially the same legal interpretations the task force heard yesterday. Witnesses said they expected the new rules would spark changes throughout the country as districts, adrift about how to balance questions of equity with the interpretation of the decisions they had been given, make corresponding changes.

But even if the feds had not formally called for a continued emphasis on integration, several argued, the Minnesota Constitution’s guarantee of an adequate, uniform education for every child compels it.

The achievement-correlation question
While several of the witnesses said integration is a worthy goal in its own right, both for the welfare of the culture and the social benefits it confers on young people of all races, most agreed that there is a strong correlation between a school’s degree of integration and its students’ achievement. 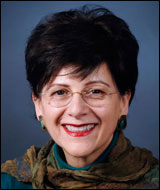 Roslyn Arlin Mickelson, a professor of sociology, public policy, women & gender studies and information technology at the University of North Carolina Charlotte, presented findings from a meta-analysis of 500 studies looking at the relationship between race, socioeconomic circumstance and educational outcomes. School composition contributes “significantly” to student outcomes, she said.

Arguing the opposite was David Armor, a professor emeritus of public policy at George Mason University and a frequent witness in desegregation and educational adequacy lawsuits throughout the country. Appearing by speakerphone, Armor testified that there is no correlation between integration and academic achievement.

Indeed in Minneapolis, in the 14 years between the 1983 start of court-ordered integration and 1996, when Shulman filed his second educational adequacy suit, the black-white achievement gap actually widened, said Armor, who was involved in the case.

Sharp exchange on findings
Late in the hearing, Armor and Mickelson had a sharp exchange that sheds some light on their seemingly disparate findings. Mickelson charged that Armor’s research was carried out as a part of his consultancy with various court cases and was not peer reviewed.

Further, she said, it was outdated. Changes in information gathering and other practices make studies performed during the last 20 years much more accurate.

Nor was it as categorical as he suggested, she said. In a 2006 presentation to the United States Civil Rights Commission [PDF], Armor found evidence of a relationship between school composition and academic progress in four states.

In turn, Armor insisted that Mickelson’s methodologies are too complicated.

With such basics as the value and constitutionality of integration still dominating the agenda, can a politically divided task force come up with creative ways to end the legislative deadlock? It won’t be long before the answer is clear.

The task force meets again on Jan. 10. It is expected to come up with recommendations in time for the start of the next legislative session on Jan. 24.