News
Learning Curve
MinnPost's education reporting is made possible by a grant from the Bush Foundation.
Jan. 17, 2012

Finally, there’s good news to share on the topic of combating bullying in Minnesota schools. On Friday, Hamline University will be the site of a first-of its-kind conference entitled “Cultivating Respect: Creating Safe Schools for All Students.”

The main agenda item: Word from the trenches on approaches that have succeeded in local schools and advice on how to put them into practice elsewhere. Much of the advice will come from young people who decided to step up.

The stars of the show will be 20 students from The Blake School whose social-justice work has drawn national attention. Members of the school’s Justice League — yes, that is supposed to conjure a superhero image — will accept an award at a dinner that follows the conference.

Organized by Parents and Friends of Lesbians and Gays, better known as PFLAG, the event [PDF] will bring together some 250 students, parents, educators and other professionals to spend the day discussing school climate issues and anti-bullying strategies.

More on Blake’s crusading avengers in a moment, but first highlights from the rest of the agenda [PDF]:

Twin Citian Jamie Nabozny, whose story was the basis for “Bullied,” a documentary produced by the Southern Poverty Law Center, will deliver the keynote address. Growing up gay in Superior, Wis., Nabozny was harassed repeatedly, and one time was beaten so badly he required abdominal surgery. His subsequent 1996 federal lawsuit set the precedent that all students deserve a safe educational experience. 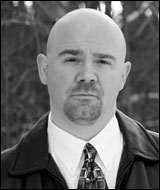 Attendees will hear from two sets of mothers and sons: In one, a transgendered young man will talk about surviving his transition in a small high school; in the other, a young man and his mom will talk about creating something positive in the aftermath of his September 2010 assault.

Parents Lori and Jeff Wilfahrt will discuss the life of their late, gay son in the U.S. Army under Don’t Ask Don’t Tell. Andrew Wilfahrt was killed last year in Afghanistan by a mine.

A host of adults will share the specifics of best practices working in schools here and elsewhere, and a diverse panel of religious leaders will talk about how religion can help.

The conference is focused on the needs of LGBT students, but the larger message has resonance for schools struggling with all kinds of climate issues. Indeed, the Blake students’ session is entitled “Creating Safe Spaces Beyond the GSA,” or gay-straight alliance.

Initially created to support students struggling with sexual-orientation issues, in many schools GSAs have become forums where kids who experience harassment or struggle with fitting in can find fellowship. Like many schools, Blake has a GSA as well as a number of student-led groups for kids facing all kinds of issues.

Its Justice League is the “natural progression,” explained adviser and Spanish teacher JJ Kahle, where “Superheroes of all kinds come together to work for justice.”

Students have to apply for admission to the 20-member group, and the process is rigorous. Four essays exploring difference facets of social-justice work are required, for example. “We want them to think deeply about whether their hearts are truly in this,” said Kahle.

The league meets one lunch period per week, but members spend considerable time working on a variety of initiatives. Recent examples include the creation of a 90-minute workshop on bystander empowerment to present to Blake’s middle schoolers, who were looking for help, and a day-long meeting with a team of visitors from a school in the struggling Anoka-Hennepin School District.

In October, the League hosted a well-attended student summit called “Stand Up, Speak Out.” Later this month, members will travel to Baltimore to describe their work at the Creating Change conference.

The dinner where these superheroes will receive their recognition is sold out. There is still space for the general public at the conference; registration prices vary.