Your Humble Blogger was gone last week, rejuvenating in warmer climes and, yes, neglecting all things educational. The news, however, refused to cooperate by putting itself on hiatus. And so today we offer a smattering of recent items of interest:

Two weeks ago this space held a story about the rarest of achievements: bipartisan agreement on a topic that has long divided Minnesota policymakers. 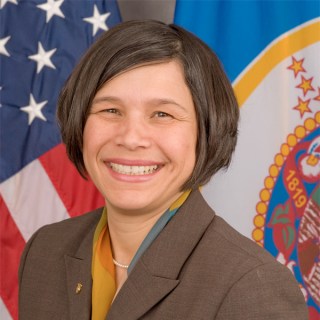 Specifically, on Feb. 15 a state task force appointed to consider the future of both Minnesota’s official position on the integration of schools and the outdated process for paying for integration-related programming delivered its report to the Education Commissioner Brenda Cassellius, who in turn delivered it to the Legislature.

The very short recap: During last year’s polarized session, DFLers wanted to keep the ban on segregation but fix the revenue issues. The GOP leadership wanted to scrap both. As part of the shutdown-ending compromise, Republicans and Gov. Mark Dayton’s administration each got to name six members of a committee that would decide whether to replace the status quo with something else.

The end product: After 41 persuasive witnesses and massive doses of good faith, the task force voted 10-2 to keep the integration rule and the funding, some $108 million a year, and to build in the long-sought accountability measures.

One of the dissenters, task force co-chair Peter Swenson, was generally in favor of the group’s overall thinking, but wanted tougher accountability and more emphasis on closing the achievement gap. 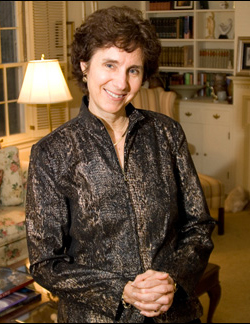 The other, conservative think tank fellow and columnist Katherine Kersten, would still like to see the integration rule go away.

According to the Pioneer Press, Kersten got the chance last week to air her views before the state Senate Education Committee. The task force, meanwhile, has been unable to get the same lawmakers who appointed half its members to take up the report.

House Education Finance Committee Chair Rep. Pat Garofalo, R-Farmington, told the paper he was waiting for Cassellius to craft a proposal based on the recommendations: “’There are a lot of empty boxes that need to be filled in,’ he said of the task force report. ‘The devil will be in the details.’”

The commissioner and the task force’s other co-chair, Rosemount-Apple Valley-Eagan Educational Equity Coordinator Scott Thomas, separately countered that the ball was in the Legislature’s court.

“I’ve never heard of the Department of Education making a proposal based on recommendations made by a task force appointed by the Legislature,” said Thomas. “There has been not one request — nothing — from either the Senate or the House to have any testimony from any member of the task force other than Katherine.

“It appears to be a strategy to delay having the conversation,” Thomas added.

If that’s true, it’s in keeping with a seeming new House trend of hearing very little. Yesterday this blog carried an item noting that the Education Finance Committee scheduled, twice rescheduled and ultimately canceled a hearing at which several angry parents had registered to testify.

Two other controversial votes were taken so swiftly — one in 15 minutes, one before lawmakers were even seated — that there was nothing to hear.

Rep. Carlos Mariani, DFL-St. Paul, echoed Thomas’ sentiments. “There should be a hearing,” he said. “The clock is ticking. We have a committee deadline coming up in three weeks.

Mariani is having the panel’s proposal drafted into a bill, which he plans to introduce later this week. He has no guarantee the committee will hear it.

Separately, Commissioner Cassellius issued a 100-page order [PDF] officially ending the state’s efforts to shutter Minnesota’s first online-only charter high school, BlueSky Online. The school’s 700 or so students and their teachers are doubtless relieved to have the chapter closed, even as school administrators in both the charter and online sectors are busy flyspecking the order for clues as to what their regulatory future looks like.

First, the official word that landed in my inbox, courtesy of DOE Chief of Staff Charlene Briner:

“As you can see, it was a very close case. It is clear from the evidence that BlueSky did in fact graduate students in 2009 and 2010 who had not met graduation requirements. It is also clear that BlueSky did not provide sufficient support to demonstrate all benchmarks were covered in their curriculum.

“You will also see that the Commissioner agreed with the ALJ that the Department did not act in a manner that was arbitrary or capricious. However, the Commissioner also determined that there was insufficient evidence as required by law to demonstrate a history of major or repeated violations to the extent termination was justified at this time.”

All true, but perhaps not the end. A couple of thoughts:

No one hereabouts is yet fully prepared to evaluate digital classrooms, which vary wildly in quality and will only proliferate going forward.

In contrast to past DOE regimes, which put lots of emphasis on regulatory enforcement, particularly during an era that saw headline after headline about fiscal mismanagement and other scandals involving charter schools, Cassellius is said to want the department to spend more energy giving schools technical support and other assistance upping their game.

Teacher quality the heart of many matters

So many of the thorny issues before lawmakers and education reformers at the moment involve the matter of teacher quality. I won’t recap the well-made case for the impact an individual instructor can have on an individual student, circumstance notwithstanding.

Instead, I steer the serious policy geeks among you to the section of the DOE’s (shiny new) website being populated at a nice clip with all kinds of documents that will help another legislatively established task force, this one on teacher evaluations, do its very tough work.

It’s very tough and very crucial work, I should have said. Think about it: If Minnesota is going to move toward using effectiveness data in hiring, school staffing, layoff and compensation decisions, how we evaluate teachers really matters. And the devil really is in the details.

The link embedded above will take you to a page linking to PDFs of hybrid evaluation models that are getting good results in other states, local models and data (unhelpfully titled  “Reaction Panel — Dave Heistad Info”) about our ability to parse test data and other evolving sources of information about effectiveness.

Heistad is Minneapolis Public Schools’ data guru, who has a growing national profile when it comes to this type of thing. He is joined on the task force by trench-veterans of union-district collaborations that have produced noteworthy evaluation processes, including St. Francis Schools’ Randy Keillor and St. Paul Federation of Teachers President Mary Cathryn Ricker, who has been appointed co-chair of the panel.