News
Learning Curve
MinnPost’s education reporting is made possible by a grant from the Bush Foundation.
March 7, 2012

Sometimes, the fine print turns out to be fine indeed.

Yesterday, after the ink had dried and Monday night’s fireworks subsided, it became clear that the settlement between the Anoka-Hennepin School District, the U.S. departments of Justice and Education and six current and former students who allege they were bullied is indeed a sweeping document.

The 61-page agreement goes well beyond state law and most district-level policies in addressing harassment and discrimination of LGBT kids and addresses the broader issue of gender identity. In addition to gay-bashing and -baiting, the district will ban and track bullying of kids who are picked on because of their perceived lack of gender conformity.

More simply put, it will no longer be OK to tease a classmate about his or her masculinity, femininity, clothing or mannerisms. Which, if communicated and enforced in full faith, isn’t going to leave bullies much terrain.

Yes, I realize weight and disability top the list of issues around which kids taunt each other, but taking gender identity off the table could be the start of a culture shift. Because if there’s one thing the experts agree on, it’s that making bullying — and bystanding — un-cool is the surest way to forge a safe and inclusive school culture. 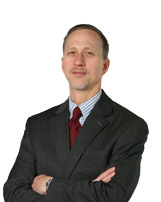 Partly, credit for the unprecedented breadth of the consent decree should accrue to the DOJ, according to Michael Ponto, one of the attorneys at Faegre Baker Daniels who has been working on the issue pro bono for a year.

And partly it was the content and precedential history of Title IX, the anti-gender-discrimination federal law under which the suit was filed.

But it was also circumstance. “It wasn’t just GLBT kids we found were being harassed,” said Ponto. “It was kids perceived as GLBT or as not appropriately feminine or masculine as well as kids whose parents were gay or lesbian.”

You know, kids who had been singled out as different in some way. This might, incidentally, explain why a sizable number of Gay-Straight Alliance (GSA) members are “allies,” or straight kids who support their LGBT classmates or are concerned about their school’s environment.

“The district has been very cooperative with our investigation and throughout our negotiations,” Assistant U.S. Attorney General Thomas Perez said during a conference call with reporters yesterday. “The district has been taking steps to address the harassment and concerns about the learning environment in its schools.

“We will monitor compliance with the consent decree for the next five years to sustain a culture change and promote a supportive learning environment,” Perez added. “Culture change takes time, but I am confident it is already happening in Anoka-Hennepin and will continue to happen.”

Other pleasant surprises found within the decree: A first-in-class system for monitoring climate, reporting and investigating complaints and ensuring valid ones are not buried.

In addition to making it possible for the DOJ and the DOE and its Office for Civil Rights to ensure that the agreement is fulfilled and effective, the reporting system will also serve as a kind of canary in the school-climate coal mine.

It will identify “hot spots,” either physical or not, from which multiple complaints originated. School administrators can act right away instead of waiting for their new federal partners to point out problems in a particular school, class or grade.

“The intention of that is to try to flag it if there are persistent problems, say, on school buses or in the cafeteria,” said Ponto. “That, among other things, was the subject of significant discussions during negotiations.”

One last note about those negotiations: Ponto and his colleagues deserve a shout-out for the months of fee-free work they put into the case, which was also being pursued by the Southern Poverty Law Center, the National Center for Lesbian Rights and the local firm Culberth & Lienemann.