News
Learning Curve
MinnPost's education reporting is made possible by a grant from the Bush Foundation.
March 22, 2012

Over the next few months, the National School Lunch Program plans to buy 7 million pounds of “lean finely textured beef,” slaughtered cow scraps “that have been pulverized, defatted, subjected to ammonia steam to kill pathogens and congealed into a filler for ground beef.” Popularly known as pink slime within school lunch circles, the meat paste costs .03 less per pound than ground beef.

More than half of Minneapolis schoolchildren live in “food deserts,” regions of the city where impoverished families get most of their food from the likes of Super America. Half of the kids who eat school lunch come from communities like these; they get some 40 percent of their calories at school.

One-third of American children are now obese or overweight. Unless something is done, this generation of children is the first that is likely, on average, to be less healthy and live shorter lives than their parents.

This last pair of facts is revealed early on in a new documentary, “Farm to School: Growing Our Future,” by dietician Mary Story, the senior associate dean of academic and student affairs at the University of Minnesota’s School of Public Health.

A few scenes further in, Story describes serving dinner to a friend of her son’s. She set a baked potato on his plate. He recoiled. It’s what French fries come from, she explained. Those he knew about — he’d even had them at school.

To air on TPT Sunday

The 30-minute program is envisioned as a call to action. It airs Sunday, March 25, at 8 p.m. on Twin Cities Public Television’s Minnesota Channel and at a dozen events around the state over the next couple of months.

Its producers, TPT, University of Minnesota Extension and the state Department of Health, hope viewers will be motivated to order a $10 DVD, organize their own informal screening, host a discussion of the ideas covered and, ultimately, find a role for themselves in the growing Farm to School movement. 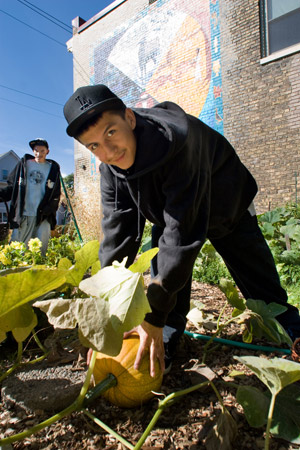 Courtesy of ‘Farm to School: Growing Our Future’The general aim of the movement: Expose kids to unprocessed foods and the farmers who grow them, help school districts develop relationships with producers and ensure that our school nutrition dollars are spent here, where they can be reinvested in this agricultural, economic and cultural ecosystem.

I spend a fair amount of time in schools hereabouts and I have totally drunk the Kool-Aid on this one. I have seen kids reject plastic baggies containing crowd-pleasers like nuggets and pizza reheated to death, and I have seen kids growing up in food deserts gravitate toward chef salads and fresh fruit.

Don’t believe me? In “Farm to School,” a principal in Hopkins, one of the movement’s rock star districts, is depicted pulling beets from her schoolhouse garden with a gaggle of elementary pupils. They weigh their harvest, subtract the weight of the box, which they then lug, two doing the actual hefting but the rest of the class every bit as engaged, into the kitchen.

There the food-service staff cleans the roots and then treats them with all of the respectfully homegrown ingredients deserve. Purple, gold and candy-cane-striped chiogga, the beets get eaten.

I’ve also toured a number of nutrition services centers — you really can’t call many of them kitchens — and I can tell you that putting a Minnesota-grown apple into the hands of a child is a labor of love involving any number of creative, dedicated people.

Minneapolis Public Schools recently snared a Farm to School movement luminary, chef Bernard Weber, who has a plan to replace those bagged nuggets with actual chicken — without a kitchen. His most important cooking implements, it turns out, are willpower and faith.

Accordingly, the grownups in the documentary do a solid job explaining the bigger picture. Schools need money, they note, but they also need training and equipment. Food hubs, where growers and food-service directors can find one another, need establishing.

Kids need to understand the work that farmers put into raising the food they might be tempted to scrape into the trash. Farmers will thrive on the gratifying relationships that develop, and will lose a smaller share of each school lunch dollar to processors and distributors. 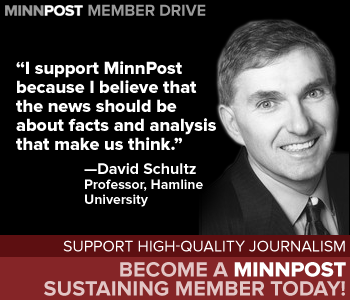 Ultimately, we need a groundswell, “Farm to School” makes clear. To that end, its producers have created a wealth of supporting materials for energized viewers. Each DVD will come with detailed instructions for holding a neighborhood screening, facilitating a discussion afterward and channeling the resulting energy.

There are extensive resources available at the same website for schools hoping to make changes large and small, including some hints for creating enticing food using heat-and-serve equipment.

For those whose screenings are limited to the family, there are suggestions for starting a farm-to-dinner-table initiative of your own, and for coaxing the kids to make room next to the nuggets for beets. Who knows, you might even be inspired to plant a window box.

‘Farm to School’: Moving from pink slime to purple beets