News
Learning Curve
MinnPost's education reporting is made possible by a grant from the Bush Foundation.
April 24, 2012

Nestled in the fine print of the omnibus transportation bill pending before the state Legislature is a provision allowing home-schoolers to sign their kids up for online driver’s education. And dozens of commercial digital driver-training programs already operating in other states are poised to start schooling Minnesota teens in cyberspace.

As far as political alliances go, the love affair between home-schoolers and for-profit online education companies would seem about as sweet as it gets.

Since the goal of home schooling often is keeping kids out of public schools, the advent of the virtual school is a major boon. Sweeter still: When the cyber-academy is a charter school, with taxpayers picking up the tab for everything from hardware to curriculum.

Indeed, presidential also-ran Rick Santorum got into trouble several years ago when it was revealed that he had moved out of the state where a public school district paid a cyber charter $100,000 to home-school several of his children.

For the companies operating the schools, every new customer fattens the bottom line.

Both constituencies occupy a natural niche, then, in the far-right, pro-big-business American Legislative Exchange Council (ALEC), which last year gave Minnesota high marks for its entry into online learning, but a mere C for its “burdensome” home-school oversight.

Corporations, foundations and think tanks pay thousands of dollars to join ALEC, which charges lawmakers — most of them Republicans — $50 a year to join. Legislators are treated to expenses-paid policy confabs at ritzy resort destinations where they are given model bills drafted by private-sector participants.

Education is one of the group’s largest playbooks. And some of its for-profit online members already enroll Minnesota students.

Like ALEC’s model bills, digital driver’s ed popped up this year in multiple statehouses. But at first blush, anyway, this effort appears to belong to the national home-school community, which has been pushing for an inexpensive alternative to the driver-training available through some public schools.

Last year’s Legislature passed a law allowing home-schoolers to provide the 30 hours of classroom instruction prospective teen drivers are required to participate in. Those wishing to take advantage of the loophole must provide documentation they are registered with their local district as working toward a high school diploma and are using texts approved by the state Department of Public Safety.

If the current measure passes, home-schoolers ages 15 and up could simply sign up with an online driving school whose curricula passed DPS’ muster. In either instance, teens still must pass both written and road exams to get a license.

So is it a terrible idea? No one knows. Internet ads for the programs don’t inspire confidence. Prices can go as low as $19.95, and many companies promise rapid graduation.

In 2008, the Legislature ordered DPS to study the issue. At the time, some 12 states nationwide allowed online driver training. Yet only two, Texas and California, had collected any data at all.

Texas’ investigation was limited to the effectiveness of parental instruction per se, on how well the training worked. California looked at graduates’ pass rates on the licensing test. Neither state tallied accident or safety data. Several states that had done no evaluation told DPS they had concerns about quality, security and fraud.

In general, the DPS report delivered to lawmakers the following year noted, driver education is correlated to lower accident rates. And there is very little data on what makes a program good.

“Teaching our own children how to drive is merely an extension of this philosophy,” the group posits. “It is an opportunity to apply the same principles involved in successful homeschooling. But you can add one important ingredient and incentive: in driver’s training, your children’s lives are at stake.”

This year, department officials testified before lawmakers that if they endorsed the cyber-schools at a very minimum a task force would need to take up these and other issues regarding implementation, a DPS spokesman said. 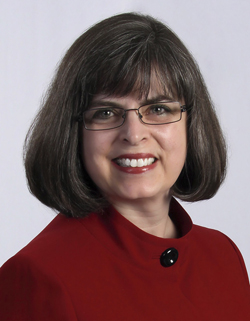 Another, more significant online-education measure also is still awaiting final action by lawmakers. Its chief author, Burnsville Republican Rep. Pam Myhra, has insisted she did not get the bill from ALEC.

Strikingly similar to one of the group’s model bills, this one requires all Minnesota students, starting four years from now, to have taken at least one digital course in order to graduate from high school. As first introduced, it would have allowed those courses to take place in virtual classrooms to be located anywhere and be operated by employees who might or might not be licensed teachers.

As it moved through various committees, HF 2127 was amended to require all courses be taught by licensed Minnesota educators, offered by approved operators and include digital coursework done in schools. It was massaged into something Minnesota’s larger districts, most of which already offer digital courses, are now OK with, although it will pose myriad challenges in Greater Minnesota.

One of Myhra’s co-sponsors, Rep. Mark Buesgens, R-Savage, is the chief author of the digital-driving-instruction bill. A former aide to Republican gubernatorial candidate Tom Emmer, Buesgens is probably better known for pleading guilty to a drunk driving charge in 2010. A year ago, he acknowledged that he had violated the terms of his probation in that case when he was pulled over after drinking again.