Ideally, as kids prepare to move out into the world on their own and find a place in it, their educators, broadly defined, provide them with windows and mirrors. The windows so they can see the realities of others, the mirrors so that they see themselves and their own reality reflected. 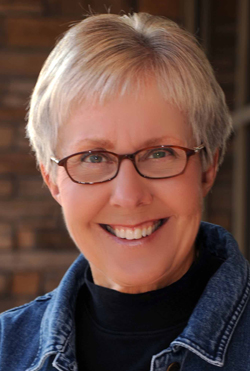 Gail Shore has an astonishing knack for capturing images that serve as both. For 35 years, the Edina resident has traveled, on her own dime and in her spare time, to some of the most remote corners of the world alone, carrying a jar of Skippy and a camera with a single lens.

How remote? North Korea. Bhutan. Myanmar. Mongolia. Mali—places so far off the beaten path Shore quite literally can be described as a globe trekker. She has one fake knee and the kind of fearless, vibrant personality that is universally attractive.

Back home, Shore edits and writes a narration, curriculum developers prepare study guides and Tremendous! Entertainment, producer of “Bizarre Foods with Andrew Zimmern,” among other programs, compiles the cream of the cop into DVDs for a series entitled “Windows and Mirrors.”

Cultural Jambalaya, a nonprofit run by a growing phalanx of volunteers caught up by Shore’s infectious sense of adventure, gets the DVDs and the accompanying curriculum, which is aligned with state curriculum standards, into the hands of middle and high school teachers.

Vibrant with super-saturated colors, Shore’s pictures are intimate portraits of people and their environments. Many of her images are captured at places on UNESCO’s list of World Heritage sites, locales that have “outstanding universal value” for showcase cultural and natural heritage.

In classrooms around Minnesota and elsewhere, students see the pictures and hear Shore’s stories about the people in them in universally approachable categories like “Getting Around” and “Backyards.” Every frame illustrates Shore’s underlying message: “The more we know about each other, the better we can understand and embrace our similarities as well as our differences.”

The back story is pure kismet. Shore caught the travel bug more than three decades ago in a former life in which she worked in the airline industry. After 20 years, she left the corporate world to start her own PR firm, Shore to Shore Communications, but the wanderlust stuck with her.

“I started to travel to destinations that were environmentally and culturally unique,” she said. “And I’ve just not looked back. The more unique they are, the more interesting.” 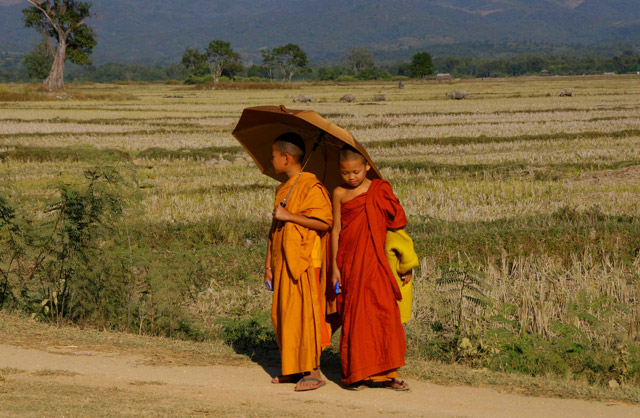 One recent trip was to Myanmar, where Shore was trailed by government agents intent on making sure she didn’t deviate from her approved itinerary. She had minders in North Korea, too, a recent trip that literally took years to negotiate but ended up possibly the most fascinating to date.

In Mali, Shore wrapped up a visit to Timbuktu one day before several western visitors — few and far between — were kidnapped and killed by a group connected to al-Qaida.

After Mali, Shore preceded a physically grueling climb through the mud to see Rwanda’s gorillas with visits to genocide memorials. Next, she stayed with the Masai in Tanzania, learning how they balance a life of nomadic cattle-herding with the country’s push to conserve land for its wildlife. 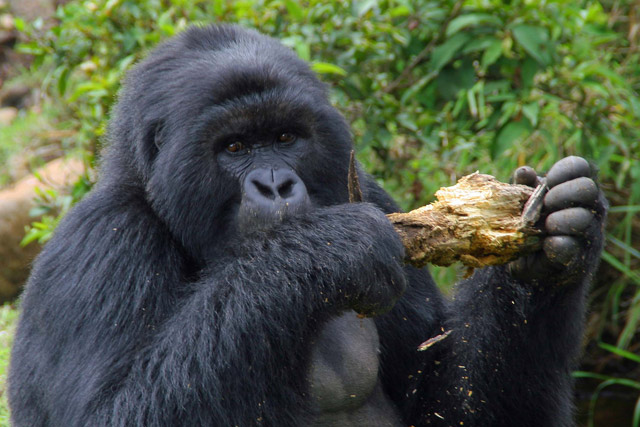 Back at home, Shore would hold slide shows complete with scripts detailing the lengths to which she had to go to get to a destination, describing the people she met there and the way they lived. The parties took on a life of their own, getting so big Shore started throwing them annually, picking one weekend where the same slide show would be shown on three successive evenings.

Clearly her images deserved a wider audience, but what kind? Shore dabbled with commercial possibilities but kept returning to the feeling of human connection the photos stirred.

“I’ve always wanted to be a philanthropist, but the problem is you have to have money,” she said. “My asset is all of these photos and stories.”

In 2005, with the help of a roster of talented friends, Shore started Cultural Jambalaya, a nonprofit with an educational mission. Schools struck the group as a natural starting point.

“There are at least 120 languages spoken in area schools,” she explained.

Joe Cavanaugh, founder of Youth Frontiers, hands them out in metro-area middle schools where the character-education nonprofit holds student retreats. 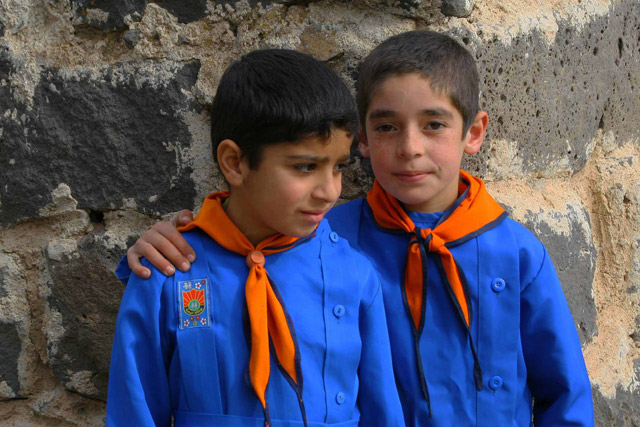 Technical and artistic success has been easier to attain than widespread distribution, said Shore. The DVDs are for sale on Cultural Jambalaya’s website. But he nonprofit’s all-volunteer nature means there is no one to work full time on getting the curriculum into teachers’ hands.

An Asia DVD will be released next month. Shore is at work on an African version and still has some trips to make before she’ll be ready to put together a Latin America disk.

After that? “We would like to take the same platform into the workplace,” said Shore. “It doesn’t matter where you go anymore, the workforce and the customer base are diverse.”

Cultural Jambalaya’s team has the resources to put together presentations and trainings to address a variety of needs, largely because the messages that need to be heard are the same, she said.

“Differences,” she concluded, are easy to recognize. But the more we see the similarities, the more we understand each other.”