News
Learning Curve
MinnPost’s education reporting is made possible by a grant from the Bush Foundation.
April 26, 2012

Remember Reform 2.0, Minnesota Republicans’ audacious road map for the legislative session that’s grinding to a halt? Its authors, many of whom are about to go home and start campaigning for re-election, would prefer you didn’t.

Last fall, with the biennial budget out of the way and control of both chambers, House and Senate leaders were vowing to enact a slate of controversial education reforms including vouchers, a move to off-year referenda, mayoral control of the school boards in Minneapolis and St. Paul, California-style parent-trigger legislation, and an end to quality-blind teacher layoffs. 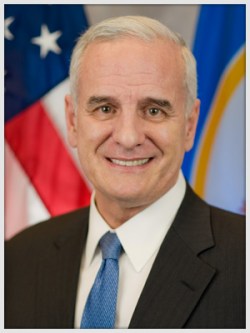 Insofar as all things K-12 are concerned, the 2012 Legislature appears poised to adjourn not with a bang but a whimper. Because Education Commissioner Brenda Cassellius was literally at the table when a conference committee massaged the most objectionable clauses out of House File 2949 and Senate File 2482, Dayton is likely to sign the final bill.

The 2.0 components that made it far enough to earn a veto? Really, there’s only one — the failed attempt to accelerate paying back the shift in school funding — that gives Republican lawmakers much to rail about back in their reconfigured districts.

The omnibus bill does include a provision requiring regular evaluations of principals incorporating student-achievement data. Principals weren’t crazy about the new law for much the same reason teachers were unhappy with a similar provision passed last year: The underpinnings, little matters like how student achievement can reliably be tied to educator performance and what the other parts of the evaluation look like, have not been established.

And the fact that the evaluation systems are very much a work in progress will likely get some ink in the veto letter Dayton is expected to draft once a bill requiring evaluation data be factored in to layoffs is finally sent on its death march to his office.

An overhaul of the state’s school integration rule and its accompanying funding, meanwhile, is DOA. During their deadlock last year, Capitol Republicans and Dayton called for a task force to study the future of the program, which both political parties agreed needed revamping. 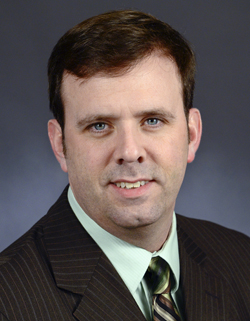 The bipartisan committee voted 10-2 in favor of a set of changes that jibed with the DFL’s desire to continue and fix the program. House Education Finance Committee Chair Pat Garofalo, R-Farmington, allowed only a cursory, truncated hearing after the deadline for bills being given serious consideration to pass out of committee.

Aside from the principal assessments, the meatiest provisions in the omnibus bill concern pre-K scholarships and changes in the way money follows high-school students who graduate early or take part in college courses.

An expansion of the Post Secondary Enrollment Options (PSEO) program will make 10th graders eligible to attend some courses through the Minnesota State Colleges and Universities System (MnSCU) and a small number of other approved schools, along with 11th and 12th graders. It also allows colleges to do some limited advertising about this option to public-school students and allows credits earned to accrue toward both high school and college or a technical certificate. Private, for-profit schools aren’t eligible.

In theory, everybody loves PSEO. In practice, many small and rural districts hate it because it hands approved colleges state dollars that would otherwise stay at home. Adding another grade to the program both increases the number of kids who can conceivably graduate high school with a state-funded career certificate and decreases the money their home districts can spend on commensurate programming.

Another provision in the final bill would award scholarships to students who graduate from high school early, including those who leave part way through a year to begin military service. In the past, districts were allowed to count those kids as enrolled and redirect their state tuition dollars to pre-K programs. Now, their state tuition effectively will fund their scholarships.

The provision with the liveliest, and possibly strangest, back story is the bill’s early childhood education section. Last year, after pre-K proponents in the business, policy and academic sectors put forth bipartisan-sponsored evidence linking high quality in early ed to reductions in the achievement gap, Minnesota appeared poised to finally adopt a statewide quality ratings system and to funnel state pre-K scholarships to the most effective programs.

Despite what seemed like lockstep backing last year, the bill to expand Parent Aware died — quite literally in the middle of the night at the urging of a small, far-right group that feared it would create a “nanny state.”

After the special session, Dayton used existing statutes to enact the program anyway. As a result, Minnesota won a coveted federal early-ed grant calling for, among other things, quality and accountability systems.

In January, Capitol Republicans vowed revenge, introducing legislation de-coupling state scholarships from the ratings system and the eliminating half of the proposed $4 million scholarship money and directing $250,000 to a laudable, effective west metro program that conducts home visits and promotes literacy.

At some point in the session, policy advocates noted that the net result would not eliminate early ed so much as potentially begin funding it by earmark, rather than quality. In conference committee at the 11th hour, the scholarship funding was increased to $3 million a year starting in 2014 (it will be $2 million in 2013) and the link to quality programs was put back in.

Also included is the home-visit-program appropriation, which no longer comes out of the scholarship funds.

When the Office of the Revisor of Statutes posted the final language on Friday, early ed proponents were left wondering whether to call it a win or a loss. They settled on a draw: The outcome is much better than it first appeared, on the one hand. On the other, the $1 million in restored scholarships will satisfy 1 percent of existing need.

Much of the rest of the bill’s agate type contains provisions changing the dates by which teacher layoff notices must be mailed and by which student reading assessments must be reported, changing the rules regarding the leasing of administrative buildings and clarifying what counts for satisfying chemistry and physics credits required for high school graduation.

In the end, after four not-very-steamy months in which many players on both sides seemed distracted at best, there’s not a lot for either side to claim as a victory.