News
Learning Curve
MinnPost’s education reporting is made possible by a grant from the Bush Foundation.
May 16, 2012

After a three-year hiatus, U.S. News & World Report has again ranked the nation’s best high schools. Minneapolis’s Southwest is again Minnesota’s top-scoring program, showing up at No. 163 nationally, followed closely by Edina, No. 234.

The state’s other perennial “best,” St. Louis Park (363) was edged out of third place by Mahtomedi Senior High (247).

In addition to high-flying programs one might expect — Mound Westonka, Lakeville South, Eden Prairie, Hopkins, etc. — Minneapolis’ South and Patrick Henry made the list. So did St. Paul Central and several charter schools — including some that serve mostly poor minorities. 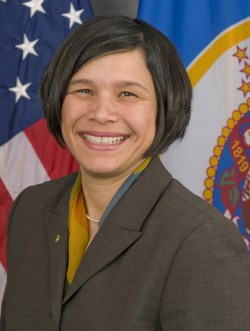 Partly, the change is the result of a new ratings system instituted by U.S. News. But it’s also because of conscious decisions made by school leaders — yes, Education Commissioner Brenda Cassellius, former overseer of Minneapolis high-school redesign, I am waving at you, personally — to attack the achievement gap by raising the bar.

I can see the commissioner wiggling in her desk chair out there, so I’m going to give you the takeaway I imagine she’d like you to have up front: When you expand access to challenging academics to poor and minority students and provide the support for them to meet that higher standard, the number of high achievers attending “best” schools mushrooms.

When I reported on the magazine’s first three ratings packages, produced in 2007, 2008 and 2009, I was pretty critical of the whole exercise.

Because “best” is a highly fungible definition, the newsstand glossies that depend on our love of lists to drive circulation have to come up with a methodology for figuring out just who or what can be quantified as qualifying. That fine print often discloses some creative calculations: Did you know U.S. News’ law-school ratings take into account the number of books in programs’ libraries?

In its first few bites at the high-school apple, U.S. News relied heavily on the number of students taking highly rigorous International Baccalaureate and Advanced Placement classes and passing IB and AP exams. The net result, in Your Humble Blogger’s opinion, did not necessarily generate a list of the “best” schools.

Don’t get me wrong: Southwest, Edina and St. Louis Park are excellent high schools that deserve the parade of recognition. But until this year they were also the schools in the best position to report IB and AP success because they have had the programming — expensive programming, which requires equally costly staff training — for a long time.

I know this seems a little insider-baseball-y, but stick with me for a moment. At the high-school level, IB and AP are very challenging academically. Most of the brainiacs who enroll take a couple of the high-level classes, fewer take IB or AP exams in one or more subjects and fewer still actually earn an IB or AP diploma. Further, because there are only so many hours in the school day to earn one of these exclusive diplomas, a student often attends extra classes online at home.

As a result of all of this, and as a result of the time I spend visiting schools that produce great results with the disadvantaged kids who have rarely had access to this kind of rigor, the cynic in me was quicker to see IBs’ and APs’ value in terms of schools’ marketing efforts than anything. What Minneapolis parent doesn’t want their kid to attend Southwest even if they are not prepared to order their darlings to night school?

Coveting this type of buzz, schools all over the metro area have spent the last few years investing in IB and AP. And this year, U.S. News changed its methodology. The magazine first looked at a school’s overall test scores compared to state averages and then adjusted for student poverty rates and number of special-ed and ELL students. Finally, it looked at IB and AP participation and exam-passage rates.

As a result, the magazine awarded gold, silver or bronze medals to 145 Minnesota schools. A few deserve special mention.

First, two charters: Every single one of the 160 students at TrekNorth High School in Bemidji is enrolled in AP coursework. A majority are poor, and one-third are minorities. Many are Native Americans.

In addition to that academic rigor, the 7th-12th graders participate in outdoor adventure and service-learning programming. U.S. News rated the school eighth in Minnesota and No. 507 nationally.

Every one of Higher Ground Academy’s 662 K-12 students is black, 20 percent are English-language learners and 100 percent are poor. Its AP students use the coursework to position themselves to take classes at several of St. Paul’s liberal arts colleges, including Concordia and Hamline University.

Higher Ground’s 62 percent graduation rate with these demographics, while still not good enough, earned it spot No. 1915 nationally.

In 2008, under Cassellius’ guidance, MPS launched an ambitious, three-year overhaul of its seven high schools, which were graduating just 50 percent of students. The goal was to have every high school offer four core programs by 2011: Advanced Placement, College in the Schools, Career and Technical Education and International Baccalaureate coursework. South chose not to offer IB.

“There are 1,600 kids who don’t go to any school,” Cassellius, then the associate superintendent spearheading the transformation, told me at the time. “We want them back.”

Once she got them back, she had a sneaky plan to expose more to higher-level programming, provide the support for them to do the rigorous work and watch achievement levels rise along with expectations.

The idea of expanding the programming was twofold: To democratize the availability of rigorous academics  and to create downward pressure on schools in the lower grades. In order to be positioned to take AP and IB classes in later years, elementary pupils must be not just reading proficiently and performing basic math, but reading and thinking deeply and critically.

The tactic has worked elsewhere. And now there’s evidence it may be starting to work here.

Perhaps best described as Minneapolis’ sleeper success, Patrick Henry has made other “best” lists. It’s small, has had IB for a number of years, and boasts high-tech classes as challenging as much of what’s on offer at your local community college.

I got to tour the north Minneapolis campus last fall with Sen. Al Franken and we watched high-poverty math and engineering students figure out vectors, R values, the Pythagorean theorem and lots of other stuff that’s above my pay grade. The future of our state’s economy is being cooked up in Henry’s halls.

The appearance of Minneapolis’ South on the U.S. News list — without the ratings-gaming presence of IB, and with just three years of expanded offerings to prime its student talent pipeline — is arguably the biggest victory.

As in most other schools, South’s advanced courses included very few kids of color. In part because of this aspiration gap, there was a lamentable disparity in college readiness, too.

After the school was “fresh-started” — reconstituted — as a part of the district redesign, South began requiring all 10th-graders to take AP U.S. history.

“Once we did that, students started thinking, ‘Oh, I can do that,’ ” said Principal Cecilia Saddler yesterday. “We don’t require them to take the exam or anything.”

Do they dumb down the AP to make it universally accessible? No, nor could they: Teachers have to report on the curriculum to outside monitors. South students have access to lots of support.

“It’s a work in progress,” said Saddler. “Our real goal has been to create pathways for students to see themselves doing advanced work.”