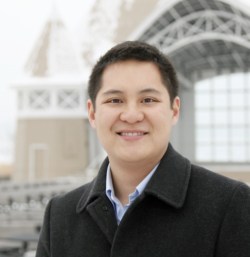 The most telling moment of last night’s Minneapolis School Board candidate forum was the very last. The very last of the 10 hopefuls at the dais, Alex Phung, concluded his concluding remarks with a nod to his wife, who was in the audience.

“I want to thank my wife for putting up with this campaign,” he said. “Hopefully, it’s just for a few more days.”

The election may be nearly six months away, but if history repeats itself the peculiar electoral gantlet confronting board hopefuls may in fact be all but over on Saturday, when the city’s DFL endorsing convention is held.

Phung has the endorsement of the district teacher’s union, which makes him far and away the odds-on favorite to receive the party endorsement and win the election. The only candidates to make it to the board without DFL backing in decades have run in races where no one was endorsed.

The current campaign cycle is the second that has district insiders and education policymakers concerned the process is badly broken.

Complicating matters further: This year the board will complete an expansion from seven seats to nine, six of which will now be drawn from geographic districts. The shift was intended to make board members more responsive to all areas of the city, but critics fear it will give the union even more power because some districts have very low voter turnout.

Phung is one of four candidates in the most hotly contested board race of the year. A 28-year-old attorney with Cargill and the son of Vietnamese immigrants, he is motivated by a desire “to give back to the community.” He has neither children nor a background in either education or Minneapolis Public Schools.

He is running in Southwest Minneapolis’ newly created sixth school board district against three others, all of them with roots in the district and one with a CV that would have the opposition quailing in terror in another community.

Tracine Asberry, 48, taught in one of the district’s toughest schools for 10 years, has an Ed.D. in critical pedagogy, a Bush Foundation Leadership Fellowship and three kids. She is a professor of teacher preparation at Metropolitan State University, Minneapolis Community and Technical College and the University of St. Thomas, and has the endorsement of Mayor R.T. Rybak, among others.

During her time at W. Harry Davis Academy in North Minneapolis, Asberry told the forum last night, she taught the same cohort of kids from sixth through eighth grades, during which time she was able to close the gap in her class by 80 percent. She is African-American. 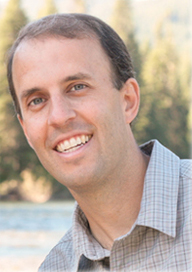 Also running is David Weingartner, an East Harriet parent who got caught up in the community debate over MPS’ recasting of school attendance boundaries three years ago and had the kind of “aha moment” that creates evangelicals. When his largely white neighborhood was assigned to a high-poverty, high minority school, he got a crash course in MPS’ inequities.

Weingartner, who is white, reacted by getting involved in the leadership at his daughter’s school, Lyndale Community School, and then with an advisory council that worked with the district to plan for increased enrollment and another charged with developing the new Ramsey Middle School, slated to open next fall.

Also white, Curtis Johnson coaches cross-country and track at Washburn High School and has a child starting school at Burroughs in the fall. He is concerned about inequity in higher-level high school programming, and would like the district to work to seduce Minneapolis families back from private and suburban schools.

The issue of education equity

Last night’s forum was hosted by the African American Leadership Forum (AALF), which, backed by a number of corporate and philanthropic concerns, has charged into the discussion over equity in education. The group recently put out a paper describing the achievement gap as five specific gaps, a framework espoused by Eric Mahmoud, founder of the odds-beating charters Harvest Prep and Best Academy.

(Indeed the answers given by candidates at last night’s north-side forum were decidedly more reform-minded than much of what was offered two weeks ago at another forum, this one hosted by the DFL.)

The relationship with Mahmoud and the strategies advocated for closing two of the five gaps — longer school years and days and the placement of the best teachers in the hardest-struggling schools — put the group squarely at odds with the union.

And many Minneapolis African-Americans are still smarting from the last election, in which the board went from having three native-born African-Americans to one born in Somalia. (This changed over the winter, when Kim Ellison was appointed to fill the seat vacated by Lydia Lee.)

In 2010, Chanda Smith Baker, then chief learning officer of Pillsbury United Communities, founder of a nonprofit that showcased the work of teachers who are closing the achievement gap and niece of Richard Green, MPS’ first black superintendent, failed to secure the Minneapolis Teachers Federation endorsement, presumably because Pillsbury is a charter authorizer.

Despite the support of a Who’s Who of officials and policymakers, Smith Baker was forced to run in a 10-way contest for a seat that ultimately went to Rebecca Gagnon, a parent volunteer and unknown who swept from the back of the pack to victory at the last minute. Gagnon did not publicly have union backing at the time, but has been a reliable MFT ally since.

(Gagnon this week penned an op-ed for the Southwest Minneapolis Patch suggesting that democracy is not well served by the endorsement process.)

Further fueling tempers, at a meeting at union headquarters soon after the election, all of the winners but Hussein Samatar signed a letter on MFT letterhead committing to using a “collaborative approach” to negotiating a new contract and rebuking the outgoing members for being divisive. The departing board members had been firm in demanding contract reforms needed to enable gap-closing strategies.

The newcomers immediately apologized for the miscalculation, but the letter again fueled tempers in March when the contract talks ended with a deal that mostly preserved the status quo. The new agreement provides for a school day that is 15 minutes longer and four more instructional days, vs. the 40 percent more “seat time” reformers sought, and only minor changes to the ways in which teachers are placed in schools.

Now the most senior board member, Carla Bates cast one of two no votes. (Samatar cast the other.) Earlier this year she withdrew her request for the MFT’s endorsement of her re-election run, which in the past would have made a candidate’s only hope of labor backing the SEIU, which represents service workers. 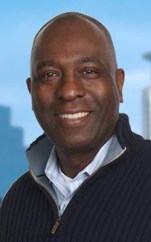 Bates got the group’s endorsement in 2008; as of press time, its website did not display its local endorsements, although it has made some.

Bates, who faces token opposition from perennial candidate Doug Mann, has a lengthy list of nonunion supporters. And last week she gained the surprise endorsement of the Minneapolis Regional Labor Federation.

The federation joined the MFT in endorsing Phung, Ellison — who is running unopposed in the dedicated north-side seat, District 2 — and Darrell Washington, who is African-American.

Washington is running in the newly created District 4, which includes a number of neighborhoods spread between Uptown and Bryn Mawr. While his is not a household name, his public-policy résumé is not short. A manager in the city of Minneapolis’ Department of Community Planning and Economic Development, he has additional public-policy experience with the Metropolitan Council and Hennepin County.

He also has served on the boards of the Whittier Alliance, Touchstone Mental Health and the Neighborhood Involvement Program. He has a high schooler in Stillwater, a child at Whittier Elementary and another who will enroll at the popular IB school in the fall.

Washington is opposed by Josh Reimnitz, a relatively recent white college grad who taught in Atlanta with Teach for America — anathema to the union — and Sara Miele, MPS teacher who retires this spring.