News
Learning Curve
MinnPost's education reporting is made possible by a grant from the Bush Foundation.
June 18, 2012 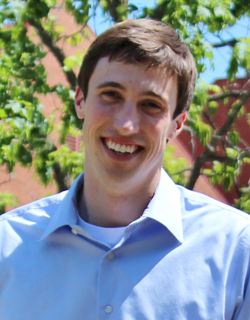 A month ago, if he had a public profile as a political hopeful it was that of dark horse. The very few voters who thought of him knew he was running for the Minneapolis School Board’s newly created District 4, which covers downtown, the Isles neighborhoods and Bryn Mawr.

More to the point, they knew he was running against a city development official who, while lacking a higher public profile, had the backing of the “L” in DFL, the factor that has historically decided races like his, even though they are technically nonpartisan. And so, the two or three inches of ink his candidacy had received from news media boiled his entire identify down to a clause: “26-year-old Teach for America [TFA] alum.”

That was a lifetime ago. Reimnitz did not get the party endorsement at the city convention, no surprise given conventional wisdom that paints TFA corps members as the upstarts who are taking jobs away from union teachers. Nor did he agree to abide by the endorsement — a risky move for an upstart in Minneapolis.

He did, however, make the front-runner work for it. And few days later, the endorsee dropped out. For six whole days, Reimnitz was the sole candidate.

And then, literally at the 11th hour, two people filed to run against him. One of them, Bryn Mawr Neighborhood Association Coordinator Patricia Wycoff, is said to have the backing of former state House of Representatives Speaker Margaret Anderson Kelliher.

Is Reimnitz fazed? Hardly. By all appearances, he’s in his element. Any first impression sparked by his baby face is quickly replaced when he starts talking. He’s smart, engaging and to the point. He has a solid understanding of recent Minneapolis Public Schools (MPS) history and of education reform.

At 26, not the youngest in race

And he is not, for the record, the youngest candidate in the race nor would he be the youngest ever elected. That distinction would belong to widely respected former board member Peggy Flanagan, who was elected in 2004 at the age of 25 and who was also the first Native American to serve.

Here, then, is the slightly longer version of Reimnitz’s story. He grew up in Bismark, N.D., the son  of a construction company supervisor and a congressional field office staffer. He attended North Dakota State University in Fargo where, nominally, he studied communications but became passionate about leadership.

While there, Reimnitz served as student body president, a position that required him to manage a $2 million budget. He also founded an NDSU chapter of a nonprofit he’d gotten involved in, Students Today Leaders Forever (STLF).

With other students, he traveled around the country on “Pay it Forward” tours engaging in community-service initiatives. In addition to doing good works, the program helps participants discover and cultivate their strengths and leadership potential.

Learned about TFA in D.C.

Reimnitz learned about TFA while interning in the Washington, D.C. office of Sen. Kent Conrad, D-N.D. He was captivated by the idea and undaunted by TFA’s hugely competitive recruiting process. After a day-long interview process at which he was required to present a lesson and participate in a team teaching discussion, he chose Atlanta as the area where he wanted to teach.

From 2008 to 2010, Reimnitz taught mostly math and science to disadvantaged fourth-graders while living with four other corps members. He ate, drank and slept the achievement gap and strategies for addressing it.

“It was difficult but rewarding,” he said. “My students made significant gains both years I was teaching, especially the second year.”

Tougher was navigating the 50,000-student Atlanta Public Schools. “The hardest thing was understanding the administration,” Reimnitz said. “I didn’t understand where mandates were coming from and why I was supposed to run my classroom in a certain way.”

While Reimnitz was teaching, STLF was growing. Founded in 2003 by four students at the University of Minnesota’s Carlson School of Management, its headquarters are in Minneapolis.

At the end of Reimnitz’s TFA stint, he moved here to go to work for the nonprofit. Earlier this year, he took over as executive director. Right now the organization has chapters on 29 campuses in 13 states. It is set to double in size over the next five years.

Busy though the new job kept him, it did not dampen Reimnitz’s interest in education reform. And the either-or conversation about teachers frustrated him. His strength, as he saw it, was in building relationships, so he started out trying to drum up interest in running for the board among others.

As he agitated, Reimnitz learned. And as he did, he started to take seriously others’ suggestions that he should run. “Originally, I planned to be an enthusiastic supporter,” he said. “I wanted to help the [Minneapolis School] Board enact policies that really move the needle.”

Near the convention time, he thought, “OK, this is the right time to run.”

He started knocking on doors and calling DFL delegates, talking about his view of the district.

“We’ve got a great strategic plan, but the policies to support it aren’t there,” he said. “We’ve got that in place and we’ve got very smart folks but we’re not taking bold enough action.”

Minneapolis Public Schools needs to hire teachers from the widest possible candidate pool, but those teachers also need to feel supported and like they belong in the classroom, he said.

In his experience in Atlanta, he found that a lack of clarity on the district level really does hamstring teachers. MPS teachers today express tremendous frustration with the number of initiatives they are being asked to get behind.

One of the latest is focused instruction, the practice of making sure that while teachers are using one aligned curriculum they are adapting it to individual students’ needs, assessing as they go to determine whether skills have been mastered and, if not, plugging the holes.

“In Atlanta, some of my colleagues were very open to this and some others just didn’t understand,” Reimnitz said. “They didn’t know how to implement it.”

Ordering teachers — who typically are longing to be as effective as possible — to adopt an unknown approach isn’t enough, he said. Professional development would go a long way.

“We need to make some changes and the teachers union needs to be a big part of that,” he said. “And it will benefit teachers and the union.”

Reimnitz said he hasn’t spent a lot of time dwelling on who is dropping in and out of his race, or how to run against them. He’s continuing to do what he’s spent most of his roller-coaster first month as a candidate doing: knocking on doors and talking to people about kids and schools.

Josh Reimnitz: from TFA to nonprofit to school-board hopeful