News
Learning Curve
MinnPost's education reporting is made possible by a grant from the Bush Foundation.
June 22, 2012 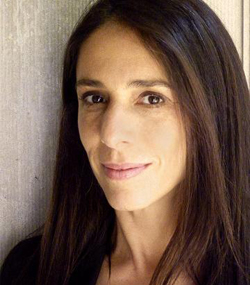 Next month, members of the Child Evangelism Fellowship will gather in the Twin Cities for a two-week event called Good News Across America. Among other things, they will be looking for local churches and parishioners willing to lead weekly meetings of religious Good News Clubs in public schools.

You may remember the story about the clubs’ inroads into Twin Cities schools that ran in this space in March. It quoted a then-new book, “The Good News Club: The Christian Right’s Assault on America’s Children,” by investigative reporter Katherine Stewart.

As it turns out, the clubs are the tip of a proverbial iceberg of evangelism. Stewart’s groundbreaking book chronicles not just the strange back-story to the clubs’ legal toe-hold on the public schoolhouse, but many other ways in which fundamentalist groups are finding their ways into the classroom. For those who support the separation of church and state, “The Good News Club” is compelling — and disturbing — reading.

If that description fits you, you should buy a copy. And then take it to one of two appearances here Stewart will make next week and ask her to sign it. On Monday, June 25, she will speak at 7:30 p.m. at Magers & Quinn Booksellers, 3038 Hennepin Ave. S., Minneapolis. On Tuesday, June 26, she will be at Common Good Books, 38 S. Snelling Ave., St. Paul, at 7 p.m.

Need further convincing? Consider the edited interview with Stewart that follows a taste of what you’ll hear.

MinnPost: Tell us how your book started.

Stewart: I was alerted to this whole phenomenon by the appearance of a Good News Club in my own daughter’s public elementary school when we were living in Santa Barbara, California. At first I thought it was no big deal, but I started to hear from parents around town whose kids attended schools where Good News Club had recently been established.

I started hearing stories about how kids attending the clubs were starting to target their non-Christian peers for what I can only describe as faith-based bullying. I heard from several parents who signed up their kids to attend the clubs and said their kids came home and told the parents that they were going to go to hell because they didn’t go to the right kind church.

The Good News Club seeks to convey the false but completely unavoidable impression in very young kids that it is actually endorsed by the school. Kids would say they knew the religion of the Good News Clubs must be true because they taught it in school.

You know how little kids are. For them, no institution has as much authority as the school. They don’t teach things in school that aren’t true.

This bumped up against everything I thought I knew about the separation of church and state. The more I looked into it, the more I realized that Good News Clubs were just one small part of a much larger picture.

MinnPost: Why are these clubs appearing now?

Whenever a school creates what is technically known as a limited public forum — say it opens its doors to soccer or art or pretty much anything  like that — it also has to allow groups such as the Good News Club because the religious activities in the club are now basically considered nothing more than speech from a certain point of view.

The number of Good News Clubs in public school went up 728 percent in the 10 years since the Milford decision. Other religious initiatives have made use of that decision as well.

They really have a much broader and deeper agenda than they appear to when a nice lady shows up in a public school and says she just want to start an after-school Bible study club for these kids. Their aim, in the words of one movement leader, is to “knock down all doors, all the barriers to all 65,000 public schools in America. Take the gospel to this open mission field now.”

MinnPost: You went on to find and write about a number of ways religion is finding its way into the schools. Give us some examples.

Stewart: Right now there are enormous resources being devoted to peer evangelism — getting kids to try to convert other children. Last fall I participated in an annual prayer event that takes place in thousands of public schools, See You at the Pole. Children gather around the American flag and pray. 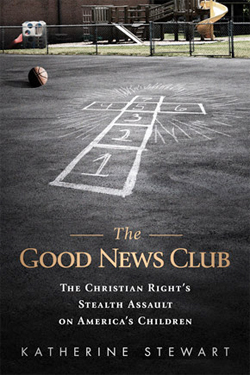 It’s well established that kids are allowed to pray in school. The legal understanding is as long as they lead the prayers themselves, it’s perfectly acceptable. But the event is this huge spectacle, which it wouldn’t be without adult involvement at every level.

Churches order materials from See You at the Pole’s central offices near Fort Worth, Texas. Adults basically organize the event on behalf of their youth groups. At the one I attended local pastors told their youth groups about it and produced a slick video telling their kids to attend and put it up on YouTube.

The same pastor showed up and participated in the event. Afterwards there was an after-party held at a local mega-church and staffed by adults wearing See You at the Pole T-shirts. So even though the students are leading the prayers themselves, adults are really involved at every level.

Using kids to do what grown-ups are not allowed to do is called, by one of the movement leaders, “a God-given loophole.”

Another example is the Life Book Movement, a project of Gideons International. They have attempted to distribute Bibles on public school campuses for years. They’re not supposed to do it, but they hit the jackpot with the peer evangelism exception. The Life Book Movement gets kids to distribute these evangelical books written with teens in mind to other kids at school.

The Life Book Movement has been around just two and a half years, and they’ve distributed almost three million of these evangelical tracts on public school campuses. I wish I could show you one. It’s just the coolest looking thing. It looks like a CD case. It’s very appealing. A lot of these religious initiatives in the schools have become extremely media savvy, with very hip graphics.

MinnPost: Does the evangelizing work?

Stewart: I do a lot of speaking. When I travel around the country, parents tell me about stuff that their kids are going through at school where religious sharing turns into something more like faith-based bullying.

This one mom in Kansas told me at her son’s school every single day, kids from a particular youth group leave religious literature on his desk. He would tell the kids to stop and they wouldn’t. So finally the mom went to the pastor of the youth group whose kids were doing this and said, “Look, we know you mean well, but we’d really rather you didn’t do this.” And the pastor said, “We don’t care about you, lady, we want your kid.”

Are these actions really going to turn this young boy into the type of Christian they want him to turn into? No. But what it does do is it gives children the idea that there is one group in society that is privileged and that they themselves are sort of second-class citizens.

MinnPost: Does your book look at the religious controversies over academic standards?

Stewart: I attended the Texas State Board of Education hearings over textbook curriculums and wrote a chapter about efforts to inject ideology into the standards for Texas. The board has been dominated by a far-right faction. There have also been moderate Republicans who have attempted to mitigate some of the changes that have been proposed.

The far-right majority was able to sort of push through large numbers of changes particularly in history and social sciences. They also tried to change the standards with regard to the teaching of creationism. They were prevented from the worst of it by coalitions of scientists who got together and were able to mitigate the worst of the damage.

Texas is the largest purchaser of textbooks in the country, so [publishers] often produce their books to conform to Texas standards.

MinnPost: In the end, after all your research, what’s your bottom-line takeaway?

Stewart: Many fundamentalists simply don’t accept public schools as a legitimate enterprise. In the first place, they see public education as secular education and therefore intrinsically hostile to their religion. I think the real issue is that they don’t accept the religion of a diverse society or the secular form of government.

Child Evangelism and Fellowship is the group that sponsors Good News Clubs, and they say the public schools de-educate children by failing to educate them about Jesus. They compare public schools to acts of war on the American population.

A lot of times people fail to recognize that at the heart of this movement to inject a fundamental form of religion in the public schools, there is a hostility to the very idea of public education to begin with. The same forces that are clearing the way for initiatives like Good News Clubs are also the same ones advocating for school vouchers, which divert money from the public school system and funnel them to private and religious schools instead.

Just because some things are legally or constitutionally permissible does not mean that they are the right thing do to. If a school in a diverse community is to function effectively, its members need to treat one another with a certain amount of respect and civility. We are all free to exercise our religion, if any, in our houses of worship, homes, and any number of other venues. Do we really need to turn our public schools into religious battlegrounds?

I think there should be a concern not just to parents, but also very much of concern to educators and anyone who cares about the institution of public education.