News
Learning Curve
MinnPost’s education reporting is made possible by a grant from the Bush Foundation.
June 19, 2012

Some 4,000 educators representing 5,000 charter schools will converge on Target Field today for the welcoming reception of the 2012 National Charter Schools Conference. The Twins will be playing in Pittsburgh, but the conferees will enjoy lots of deep-fried local delicacies on sticks and inspiring performances by students.

There will be cake, in honor of the 20th anniversary of the start of the charter movement, and no doubt some equally sugary remarks about how quickly the independents have grown in a single generation. A glass or two will likely be raised in recognition of the panelists and attendees who participated in drafting Minnesota’s charter law, the nation’s first, in 1991.

There might even be some flowery speechifying about how the movement has achieved its initial goal: to drive innovation in education by allowing groups of educators and interested citizens to try new school models.

The rest of the confab, sponsored by the National Alliance for Public Charter Schools? That belongs to the future. Before we go there, however, Your Humble Blogger is going to pause for a refresher course in the movement’s origins. I hope you will stick with it whatever your stance toward charters; the lens of even two decades’ history is instructional. 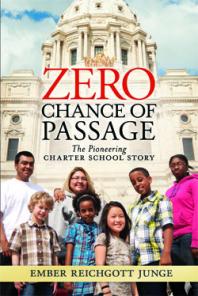 Here we are going to crib liberally from a brand new book by the charter law’s original sponsor, former state Sen. Ember Reichgott Junge, “Zero Chance of Passage: The Pioneering Charter School Story.” (Expect to read more about the book in this space soon; if you are at all public-policy obsessed, “Zero Chance” is riveting reading.)

Like their brethren over the last three decades, many of the school reforms on this year’s legislative agenda can be traced to the last era in which the body politic believed itself to be facing a crisis in education: The years immediately following the 1983 release of “A Nation at Risk,” which damned schools for failing huge numbers of students.

The report, a product of the Reagan administration, cast blame on teachers unions, which for the most part responded by circling wagons. Pretty much the same cast of characters as today lined up in pretty much the same formations.

In 1988, Minnesota passed the first mandatory open-enrollment bill, which, among other tectonic shifts, freed state tuition dollars to follow pupils. A few months later, a gathering of lawmakers, educators and business, civic and union leaders gathered at Madden’s Resort near Brainerd.

Among the speakers was Al Shanker, probably not a name in your household but the legendary American Federation of Teachers president who shook numerous establishments with proposals to empower teachers, who he envisioned would finally be treated as professionals.

Shanker told the Minnesotans that he thought something called a charter school, a proposal advanced by an unknown education professor named Roy Budde, offered the best hope for radical change. A charter being something “some official body” would hand to a group of teachers “for exploration into unknown territory” and implying “both the idea of a franchise and a competition.”

Risk, he imagined, was inherent to the exercise: “There’s no guarantee that a charter school will find better ways of educating students.” 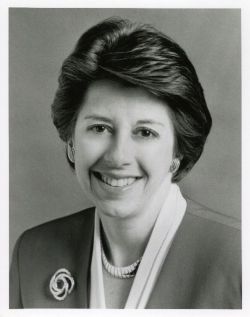 Soon thereafter Reichgott Junge and a handful of other education advocates, including former Citizens League head Ted Kolderie and school innovator Joe Nathan, had a collective light-bulb moment: What good is school choice if your alternatives are all the same, and of the same low or middling quality?

As Shanker foresaw, many of the exploratory expeditions into new school models produced worse results than mainline public schools. Yet slowly — and here we are going to turn the wayback machine around and throttle over years of financial shenanigans, dozens of brave experiments, the taking up of the charter torch elsewhere and more — tall poppies sprung up here and there.

Like the St. Paul Conservatory for Performing Artists, which has sent grads to Juilliard. And Cyber Village Academy, the state’s top-ranked online school, which is a model of so-called blended learning. Yinghua Academy is the first Chinese immersion school in the United States. A seat in Nova Classical Academy is as sought after as any East Coast prep school.

And of course there is a growing roster of odds-beating schools throughout the Twin Cities, where the most disadvantaged students are achieving amazing things. There has been a wholesale change of tune from within the establishment, and struggling districts are forming formal collaborations with charters so as to study Shanker’s coveted innovations.

There is, in short, enough there there now to let go of the memes of the past and fill three consecutive 10-hour days with enough panels and workshops and breakout sessions to keep the Minneapolis Convention Center buzzing.

And so on Wednesday, conference attendees will line up early for a schedule that boasts the cream of the education reform crop. Bill Cosby will deliver the keynote address.

And there will be panels on the uses of data, recruiting and retaining teachers, combating burnout, reaching special-ed students and English-language learners and collaborating with traditional districts, governance, creating stable funding streams and — illustrative of the movement’s maturity — teacher pensions.

The Hall of Fame

One of the very first agenda items is the induction of four new members into the National Charter School Hall of Fame. Three of them are locals: City Academy; Jon Schroeder, who played a major role in creating the Federal Charter School Program while on the staff of former U.S. Sen. Dave Durenberger, R-Minnesota; and Eric Mahmoud, founder of several odds-beating north Minneapolis schools, most notably Harvest Prep and Seed Academy.

The president of the Colorado League of Charter Schools, Jim Griffin, will also be honored. Past honorees include Kolderie and Reichgott Junge.

Not on the agenda: The usual hand-wringing over whether charters are legitimate members of the public school community.

From ‘zero chance’ to new collaborations: 20 years of charter-school risk-taking