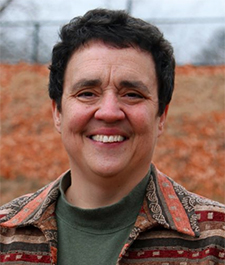 Carla Bates had not even been sworn in for her first term on the Minneapolis School Board when she got to work. It was 2009 at a board meeting when newly elected members were invited to sit with the outgoing board to get a sense of the proceedings. The agenda that Tuesday night, like so many others, was dominated by red ink.

An information technology and instructional design professional with the University of Minnesota’s Department of Psychology, Bates is supremely quick witted. When her turn to talk came, she turned to then-CFO Peggy Ingison and started firing off detailed questions. Ingison smiled, while everyone else sat, befuddled, while the two talked about the district’s fiscal health in what might as well have been a foreign language.

For the most part, Bates has eschewed headlines in the 3½ years since, even as she’s continued to ask probing questions. Her accomplishments have been plenty, but not the stuff of headlines. Rather, Bates has worked to bring fiscal stability to the listing ship and to keep the strategic plan for reform that was under way when she was first elected moving.

And in that short time, Bates has also become the board’s senior member. Given that that makes hers the deepest institutional memory, it’s probably a relief to many in the district and on the board that she is seeking a second term and, facing opposition only from perennial dark horse Doug Mann, is likely a shoo-in.

MinnPost recently asked Bates to talk about her first-term accomplishments, work left undone and her desire to serve four more years. An edited version of that conversation follows.

MinnPost: During your first term you brought some badly needed financial acumen to the board. What victories do you feel you had and what work remains to be done?

Carla Bates: When I came on the district was just about to file its first on-time audit in, like, over three years. It didn’t even have the audit done for the previous year. It was a really precarious financial situation, not because there had been any malfeasance or anything. The accounting system is so complex that if you don’t have anyone at the top watching, things can get lost.

In partnership with my fellow board members as well as two chief financial officers I worked with, Peggy Ingison and Robert Doty, former board Chair Tom Madden and I really dogged [the Finance Department] to make sure they knew they were supported by the board in their efforts to get the system straightened out so that we knew where our money was going.

When I was the chair of the board’s finance committee I did some good work in terms of getting policies passed around the fund balance and different things like that to normalize our accounting system and make sure that the board and staff have the tools to keep things going. I think that was huge.

The second thing, and this followed on great work Tom did, was we got rid of a lot of the golden parachute provisions that had been in the old superintendent contracts. We also thought of looking at the executive team contracts, of having them in a good place, too. You could accumulate vacation time forever and then when a person retired the district would have to cash it out. We got rid of some of those things.

The third thing is the work I did on the superintendent’s evaluation to try performance bonus pay, to see if that was something that we wanted to do in the rest of the district. My fellow board member Jill Davis and I talked a lot about the importance of basing part of the superintendent’s contract on test scores, for instance.

MP: Is there work in that arena that you want to do in your next term?

CB: The board is a lot more involved in the nitty-gritty of the superintendent’s contract. It’s like our one employee is the superintendent. But the evaluation piece for teachers, [the new] state law has to be implemented by 2014. And now principals also have to have some student data as part of their contracts. That will be a major issue coming up.

That work really puts the board in a good position to think about and oversee the work of the superintendent in terms of the implementation of the other evaluations, and in thinking about the relationship between evaluations and contracts.

MP: That’s a very tidy segue to talking about the teachers’ contract. You were one of two no votes on a long-debated contract. What was that like?

CB: It was long-debated, but the debate and the whole atmosphere around it was much less contentious and more focused on academics than the previous round that got so caught up in money. It didn’t feel as adversarial — unnecessarily adversarial almost. There’s a lot about that first contract round that I would do differently.

In the second round, I think the administration, the negotiation team and the board did a really good job in remaining focused on talking about academics, and what we need in order to improve academic achievement for our kids that’s part of the contract.

I am interested to see what the superintendent does with the extra five days, or what’s equivalent to five days of instruction in terms of time, and how that gets worked out with the teachers union for the second year.

And you know, I can’t stand that we didn’t get more time and more flexibility for our high-priority schools because we certainly need them. But I was also very pleased that at least there was recognition that there are some real significant differences between some of our schools in this district.

They’re all going to need different approaches to ensure that children are engaged and challenged. So if some schools have longer days and other schools don’t, there’s going to have be a conversation and an understanding that some children are going to need more time.

MP: Let’s talk about the high-school redesign, the dramatic restructuring that’s been going on. Every time I walk into a Minneapolis high school I’m blown away by how energized it feels.

You know that they are changing how they calculate the graduation rate and we’re going to be clearly at 50 percent; 50 percent of our students do not graduate in four years.

Now, a number do go on to graduate in the fifth or sixth year. I just totally got it when this guy the other day said, “My kid just needs a longer runway.” There’s something wonderful about that fifth or sixth year. I understand that real clearly and it’s not even that I feel like our high schools do not account for that.

They’re all built around this four-year model. And now we’re being measured by it and that’s how everything is set up. And if you’re not part of that four-year model, there aren’t good structures, good supports to help you along in your fifth and your sixth year.

We’ve [also] got kids leaving with a year of college credit under their belt, through the Post Secondary Educational Options program. That’s been integrated well in terms of providing [four-year] students with different runways. But we haven’t done that for the students who need a longer runway.

As long as we continue to have an achievement gap, continue sending kids to ninth grade who are a couple of years behind, we’re going to have to deal with people who are on a different runway.

I’m heartened by Commissioner [Brenda] Cassellius, [Minnesota State Colleges and Universities system] Chancellor Steven Rosenstone and Commissioner of Higher Education Larry Pogemiller. They’re all new in their positions, and they’re talking about how they are rethinking grades 11 through 16. I think that’s really important.

Seventy percent of all jobs in the state of Minnesota are going to require some kind of post-secondary certificate or degree by 2016. We’re not going to get there if we’re not recognizing that we need to have a structure that’s going to accommodate those kids who may not be able to finish in four years.

MP: I know that special education is an arena you’d like to work on going forward.

CB: I do not believe that we’re going to close the achievement gap unless we do some really hard thinking about special education in this district. There is the over-identification of African-American males. That is a significant problem and I am thrilled that the district is getting more serious about Response to Intervention and using RTI as a way of identifying students’ needs and then [deciding] if it’s appropriate to refer a student to special education. RTI is really going to help us identify if students have had weak instruction in the past or if they have a learning disability that they’re going to need some specialized instruction for. So that’s a huge piece.

But I think another huge piece is almost the same issue we have in thinking about time, that there’s a certain time within which it’s appropriate for one to finish high school. We haven’t thought a lot about the soft skills that tons of our students, especially our students with autism, need support with. How do you just integrate that in the most inclusive way within regular instruction?

I have been working hard with some parents and the superintendent, who has proposed a blue-ribbon commission looking at transition services for every [special ed] student, to look at what the student is going to need to be successful to transition to adulthood.

Really, it’s becoming a federal issue because it’s that same kind of high-school time that I was just talking about, that 18 to 21. For instance, the Social Security Administration has said that any student with a disability who chooses to work between the ages of 18 and 21, even if they get Social Security benefits, will be able to keep their income as well as their benefits during that time period of their lives.

And the reason why is because the state knows that if they have those students out there working, if they get experience under their belt, they’re less likely to be on long-term disability or full disability for the rest of their lives.

Thirty-nine percent of the students who do not graduate on time go to transition services following special education. That’s what I’m talking about when I’m talking about like just looking at all of the ways in which we measure the achievement gap.

MP: I have to ask you, you served with some folks who wore themselves out, yet you’re running for a second term. What’s your drive?

CB: I absolutely love that you asked me this question. You know if one thing is clear, it’s that our superintendent is willing to try new things. And I believe in that and see that as crucial. And I find meaning in the work because of that.

I’m also you know incredibly lucky in that I work in an educational environment, so the work is less different than my other work. And what else would I do with my life? You know, I just love it. I just love it.