News
Learning Curve
MinnPost’s education reporting is made possible by a grant from the Bush Foundation.
July 19, 2012

I know that in terms of education-related activity, July is supposed to be the doldrums. But if you have a reform rock star on your payroll, you may want to saunter over to his/her desk to make sure it’s still occupied. It seems a few have snuck from one job to another while no one was looking. 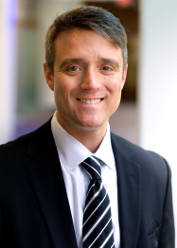 Like who, you want to know? Well, we can start with Kent Pekel, executive director of the College Readiness Consortium at the University of Minnesota. On Aug. 1, Pekel will take over as president and CEO of the Search Institute, a Minneapolis-based research concern that has spent decades identifying strategies to better the lives of youth.

In his soon-to-be-former job, Pekel was head of an effort to increase the number and diversity of Minnesota students who graduate high school in a position to succeed in higher ed. By its nature, that work made him a walking repository of information on virtually any education reform matter.

In turn, over the last few years this has made Pekel one of Your Humble Blogger’s go-to guys for help in understanding the nuances of everything from the Obama administration’s education policy to teacher preparation. You’ve probably also heard him on Minnesota Public Radio, which doubtless has his phone number filed under “articulate.”

Pekel’s big shoes will be filled on an interim basis by his colleague Julie Sweitzer, who currently heads the consortium’s leadership initiatives programming, and Jim Bierma, who will spearhead the program’s Ramp-Up to Readiness effort, which will roll out this September in 41 middle schools and high schools across Minnesota.

The Search Institute is perhaps best known for its inventory of 40 developmental assets youth need to thrive, as well as its trove of literature about how to nurture those assets. Sound a little fuzzy? Try this: Pekel just got a bigger sandbox in which to exercise his influence.

Over at Minneapolis Public Schools’ shiny new HQ on West Broadway, there’s much weeping over the loss of Dave Heistad, who was poached away cruelly by Bloomington Public Schools. We can only imagine it offered him a district-paid Lamborghini and a personal grape-peeler. 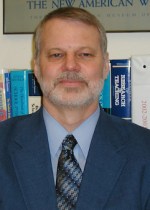 As MPS’ longtime director of research and evaluation, Heistad is one of the few people hereabouts who can look at a pile of test-generated data and tell you what’s meaningful and what’s hooey. When he goes to parties, he probably ends up yakking it up in a corner with Pekel and with the gentleman Heistad is replacing, retiring data guru Jim Angrmeyr.

What do data geeks talk about amongst themselves? Among other things, Heistad’s work in support of a Bush Foundation effort to increase the quality of teacher-preparation programs in the Upper Midwest. In an effort to find a meaningful way to link student outcomes to teacher training, the foundation contracted with the University of Wisconsin-Madison’s Value-Added Research Center (VARC).

Heistad is VARC’s Minnesota point person — and something of a national name, to boot. Last year, the joint effort provided some two dozen Minnesota districts with data showing the effectiveness of different grade-level teaching teams. At MPS, he was working on tying data to individual teachers.

Also vacating a big job is Daniel Sellers, executive director of Teach for America-Twin Cities. On Aug. 1 — after moving and getting married, as if there’s much July left — he’s assuming the same title at MinnCAN, the Minnesota Campaign for Achievement Now, which is modeled on ConnCAN, a Connecticut effort. It is, he said, a dream job for a policy wonk.

In addition to working to galvanize public support for education reform, MinnCAN has become a visible presence at the state Capitol, where it has lobbied, among other things, for laws that would make it easier for TFA corps members and other teachers from alternative training pipelines to secure Minnesota teaching licenses.

Indeed, Sellers has spent some time in the Legislature’s chilly marble halls over the last couple of years attempting to educate lawmakers on the challenges faced by groups like his in local schools.

“Teach for America is in such a strong place that if I wanted to get back into the policy world, it was the right time to leap,” he said. 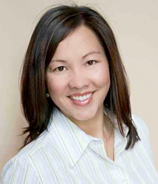 A national search for his replacement will begin soon. Because TFA is essentially a talent pipeline, there’s likely to be no shortage of good candidates.

The post Sellers is leaping into is being vacated by former St. Paul Schools board member Vallay Varro, who will remain in St. Paul physically but will assume national duties with MinnCAN’s national parent organization.

She will help other CANs get started.

Lots of moving going on among education movers and shakers