News
Learning Curve
MinnPost's education reporting is made possible by a grant from the Bush Foundation.
Feb. 20, 2013 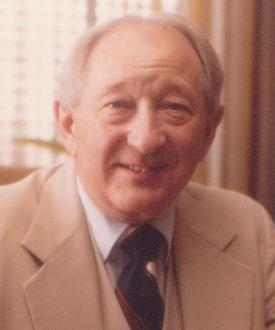 Howard “Hap” Casmey believed that education was society’s great equalizer, that it ought to be funded equitably and by taxpayers, and that it should change continually. When he died last week at the age of 87 at his home in Virginia, public education in Minnesota and throughout the country lost a giant.

Minnesota’s last elected commissioner of education, Casmey served for 12 years starting in 1969. He was the state’s chief schools officer through the administrations of governors Harold Levander, Wendell Anderson, Al Quie and Rudy Perpich. The Minnesota Miracle was only one of the far-reaching changes he helped to champion.

“He was never captured by the status quo,” said Joe Graba, who was Casmey’s deputy at the state Department of Education for more than two years beginning in 1976. “He was always reaching out to try to do better.”

Graba was a freshman DFLer from Wadena in the state House of Representative in 1971 when Casmey testified passionately before the Legislature about the life-changing possibilities presented by an equitable educational system.

Casmey’s persuasive support made then-Gov. Anderson’s proposal to level the funding playing field by assessing a single, general education levy throughout the state made the landmark reform tough to oppose, said Graba.

The historic tax-equalization system that resulted made Minnesota schools the envy of the nation.

“His passion came from the fact that he lost both his father and his mother by the time he was through high school,” said his widow, Sandra Casmey. “He knew pubic education was the great equalizer. He saw the evidence of that as people came through good schools and it made a difference in their lives.”

Sparked by a court decision ordering the state to live up to its constitutional promise to provide an adequate education, the reform was the topic of the longest special session in Minnesota history. It lasted 159 calendar days, stretching from May 25 to October 30.

The property-tax system that subsequently was enacted was undone in 2002. Educators, in particular members of a state education finance working group that has spent nearly two years trying to figure out how to cope with the budget crisis that ensued, had hoped its return would be taken up this session. Gov. Mark Dayton’s proposed 2013 budget takes large steps toward restoring flagging state aid for schools but stops short of equalization.

Began career as a teacher

A World War II paratrooper who began his career in education as a teacher in Plummer, Minn., Casmey was uniformly liked and respected, said Graba.

“He was never dismissive of people who disagreed with him,” said Graba, who as a member of the House Education Finance Committee worked with Casmey in the years following passage of the Minnesota Miracle. “He always respected the fact that they had different ideas about how to do things.”

At the time, the education commissioner was elected by a state board and did not answer to the governor. Casmey served alongside DFLers and Republicans. The post was viewed as apolitical, which enabled Casmey to do things Sandra Casmey imagines his politically appointed successors might find tough.

“There was huge freedom,” she said. “And there was time to let something mature to see if it works.”

During his tenure as commissioner, Casmey also oversaw school desegregation in Minneapolis and St. Paul, created groundbreaking programming for the poor and disadvantaged, for children with special needs and those who were gifted and talented. His advocacy for equality extended to the development of athletic programs for young women and gender equity.

Other accomplishments included the development of Minnesota’s Area Vocational Technical Institutes and their alliances with community colleges and the creation of consortia of school districts that provide vo-tech services to their smaller, member districts.

“He loved to be out in the state,” said Sandra Casmey. “He could drive to any school district in the state without a map. He was on a first-name basis with all of the superintendents. But he had 12 years, he had time to be very relational.”

Casmey invariably came back from commencements, community meetings and other events with tales of victories or challenges recounted by the teachers, parents and students he encountered, said Graba. He would tell the stories to his staff and then ask if there was a role for the state DOE — which he believed needed to support new ideas from its stakeholders — to play.

“He was very intuitive, he was willing to try things,” Sandra Casmey agreed. “He thought educators sometimes waited too long to make changes. He thought education should be changing all the time.”

In addition to working as a small-town teacher, principal and coach, Casmey served as superintendent of schools in Lake Bronson, Herman, Ada and Golden Valley. He also was chair of the Wayzata school board.

Early advocate of computer use in schools

Casmey was a passionate early advocate of the use of computers in schools. After his tenure as commissioner of education, he was involved with several education technology ventures.

“Howard Casmey was almost uniformly liked and respected by people, even if they disagreed with him,” said Graba. “He was a positive, futuristic visionary.”

In addition to a memorial service March 2 in Virginia, Casmey will be remembered Friday, July 12, at 1 p.m. at Wayzata Community Church in Wayzata. His remains will be interred at a private service in Crookston.

Sandra Casmey said the family had struggled to decide where memorials should be sent. “Howard was so pro-public education, but he firmly felt it should be funded by tax money and that that money should be equal,” she said.

In lieu of donations, then, perhaps those wishing to honor Casmey’s memory should let their lawmakers know their thoughts on the matter.

Howard Casmey’s legacy: ‘He was a positive, futuristic visionary’