News
Learning Curve
MinnPost's education reporting is made possible by a grant from the Bush Foundation.
March 15, 2013 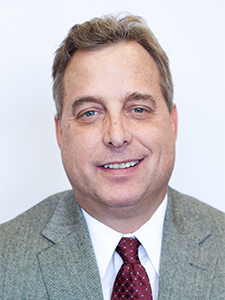 There are days when it seems like what Minneapolis Public Schools (MPS) could really use is a moat that encircles the city and a band of PTA members armed with hot pokers to guard the drawbridges.

The district is losing another one of its hotshots. Associate Superintendent Mark Bonine has accepted a job as superintendent of Brooklyn Center Community Schools, from which Keith Lester is retiring at the end of the year.

(But wait, you’re thinking, the other hotshots? The list is long indeed, especially if you count recent principal retirements. Top talents poached away recently, if we must name names, include assessment guru David Heistad, who now works for Bloomington Public Schools, and former finance sorceress Peggy Ingison, who is now at the Minnesota Historical Society.)

Bonine’s 26-year career includes 16 years of teaching, stints as an assistant principal and principal and, most recently and most relevant to his poaching, as MPS’ school turnaround czar. Since July 2011, he has overseen the district’s most challenged schools, the Office of New Schools and the contract alternative schools.

What does all of that mean? Bonine’s is not a household name, but his influence is felt by thousands of students in 31 different schools. So much so that in 2006, he was recognized for his student achievement accomplishments in the governor’s State of the State address.

He’s leaving some big shoes to be filled, but he’s stepping into some giant ones. Regular readers of this blog will recognize Lester as the man who has literally begged, prayed, cajoled and budgeted to keep the lights on in the perpetually insolvent system for eight years.

Lester has met the district’s financial problems with admirable innovations, including academic offerings that lured 40 percent of Brooklyn Center’s 2,600 students from other communities and a smorgasbord of “wrap-around” services, such as all-day pre-K and in-school health care, that are being copied by other districts.

A narration of Lester’s Perfect Unending Storm most recently appeared in this space last month as part of a series of stories about Minnesota schools’ struggle to serve a growing number of students with mental health challenges and complex disabilities. If you read it, you’ll be tempted to take up a collection so Lester can start his retirement with a restorative pause on a beach somewhere.

Lester did not hire Bonine — the school board did. But he did spend some time a couple of months ago talking to him about the district and giving him a tour. Bonine’s background ticked every box — academic, financial and school turnaround — on his wish list.

Afterward, Lester told the board he thought Bonine was the best choice. “I told the board I thought he was the right guy to take us to the next level,” said Lester. “Personally, I think they did a masterful job.”

Ah well, if you have to lose a hotshot, it couldn’t be to a more deserving place.