News
Learning Curve
MinnPost’s education reporting is made possible by a grant from the Bush Foundation.
March 4, 2013 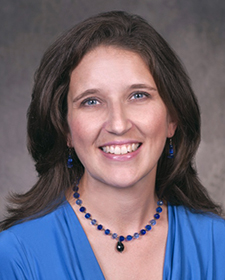 Of all the controversies that have polarized teachers, their unions and education reformers in recent years, none has been so thorny as debate over the role seniority should play in teacher layoffs.

On the one side, reformers argue that as budgets shrink the status quo has forced school leaders to keep underperformers even while laying off more effective teachers. Performance, they insist, has to figure into the equation.

On the other side, teachers frequently reiterate the reasons seniority matters. The larger salaries that come with experience are convenient budgetary targets. And in the absence of a working teacher-evaluation system, who defines quality?

Enter Mary Cathryn Ricker, president of the St. Paul Federation of Teachers (SPFT). A third-generation trade unionist and a third-generation teacher, she’s also the conjurer of any number of third-way solutions to vexatious problems. Paradoxically, her favorite tool for implementing them is the contract.

The St. Paul School Board recently ratified her most recent burst of creativity, a memorandum of understanding [PDF] between the district and the union that gives the district a contractual tool to try to retain talented teachers who do not have the seniority to survive a round of layoffs.

“The district and the federation agree that non-renewals and layoffs of teachers can be disruptive to educators as they build their skills and careers over time,” the memo states. “These involuntary cuts can also have a disruptive impact on the stability of a particular school or program and on student learning. The parties believe that it is in their mutual interest to seek out ways to avoid such involuntary cuts when possible.”

The gist of the mechanism the document goes on to spell out: If school leaders would like to keep a less experienced teacher for whatever reason, they may offer early-retirement incentives to teachers at the top of the seniority list. A similar district buyout experiment two years ago suggests there are enough older teachers looking for help transitioning into second acts to make the plan a success.

“This is about funding,” says Ricker. “This isn’t about that mythical bad teacher out there.”

It’s not a silver bullet and it won’t necessarily work for all Minnesota school districts, Ricker’s quick to point out. But the deal’s philosophical underpinnings might offer policy wonks entrenched on either side of the issue a new way to think about LIFO, shorthand for “last in first out.”

Deal with quality in ongoing manner

“The idea is we get to May with as much confidence in our teacher corps as we possibly could have,” Ricker said. “Teacher quality we start addressing in August.”

Under current Minnesota law, in the absence of a side agreement between district and union seniority is the only factor that can be taken into account when layoffs take place. After state funding began contracting sharply more than a decade ago, the issues this can cause began to rise in the public consciousness throughout the state.

Parents of kids in Montessori schools, for instance, began to question why their specially trained teachers were sometimes replaced by more senior teachers who lacked the right skills. At the same time, administrators complained that they had no way to hang onto talented teachers with less experience, who were more likely to be people of color.

St. Paul is among the districts where agreements — memoranda of understanding attached to the contract — were negotiated to create mechanisms for dealing with schools’ needs to have some control over staffing.

Most notably, side agreements protect teachers with specialized licenses needed to teach in the district’s American Indian, Montessori and language-immersion schools. Within those areas of licensure, teachers are laid off in order of seniority.

At the same time, parents, administrators and policymakers complained that layoffs too often claimed great teachers while seniority protected less talented ones. Seniority, however, is a bedrock union protection meant to protect members from capricious management decisions.

And because until very recently few districts engaged in any meaningful teacher evaluations, there has been no mechanism for ensuring that teacher effectiveness is measured in any fair way. In lots of places, no one observed tenured teachers until they were targeting for firing.

Finally, the political efforts of recent years to destroy organized labor throughout the country have thrown kerosene on already heated debates over teacher quality. While they are typically quite concerned with effectiveness and all too aware who their underperforming colleagues are, teachers have become increasingly mistrustful and demoralized.

Predating all of this is Ricker’s most subversively creative thought: That the teacher’s contract has the potential to be a powerful tool in education reform. Big districts are often better at generating plans for strategic reforms than they are sticking with them, which can saddle teachers with myriad “flavor of the day” initiatives.

So why not force the brass to stick with the best ideas by writing them into the contract? Among the things St. Paul’s federation has pushed for are class-size caps, regular, rigorous and meaningful evaluations and expansion of the union-driven peer assistance and review program, which coaches struggling teachers.

During the 2010-2011 school year, SPPS administrators logged 5,000 observations of the district’s 3,000 teachers, according to Ricker. The following year, there were 8,500 observations and 9,000 are anticipated this year.

At the same time, the number of “improvement plans,” the formal process that starts a teacher’s termination for nonperformance, is at an all-time low, she said. So there should be less pressure to confront a teacher’s underperformance when layoffs must occur.

“We know our teachers better than ever before,” says Ricker. “We’re in the perfect place because we have our finger on the pulse of teacher quality together.”

Add to this what the federation knows about teachers who have become restless or unhappy in their jobs or whose lagging effectiveness has resulted in a formal improvement plan. Those who would like to change careers often don’t see a viable path out, particularly when they are too young to begin relying on retiree health-care benefits.

Enter Ricker’s brainstorm. In 2010, faced both with the need to lay off a large number of teachers because of a drop in state aid and with a district commitment to lower class sizes and to shore up science instruction, St. Paul offered early-retirement packages.

Nearly 100 teachers took the offer, enabling the district to hire 200 new ones and deploy them according to a class-size-cap adjusted by school poverty, number of English language learners and other factors written into the teachers contract. A lesser offer the next year drew far fewer takers, but Ricker was encouraged.

The brand-new agreement gives the district the discretion to decide to offer retirement incentives by areas of licensure if layoffs are anticipated. If it wants to keep a less senior teacher in a particular area, it must go to his or her most senior colleague and offer that teacher seven days to consider the retirement package.

If he or she declines, administrators go down seniority rolls until they get a taker. If they don’t, the system reverts to strict seniority. The incentives must be announced in May, to allow everyone involved sufficient time. Teachers who have already announced their retirement are not eligible.

The district cannot offer teachers lump sums cash as an incentive, but it can offer to put a hefty percentage of one year’s salary — 75 percent for all but the top earners — over the course of five years into a tax-sheltered fund that will provide retirement benefits.

Must be ‘retirement eligible’

The district can continue to subsidize health-care costs as well for a fixed number of years until the buyout candidate reaches the age where retirement benefits kick in. And the teacher must be “retirement eligible,” which means 15 years of continuous service, among other things.

District administrators were not immediately able to provide the total cost of the plan, but the projected savings are enough that Ricker expects “modest hiring” this spring.

Feedback from teachers has been good, says Ricker. In particular, they seem pleased that the same deal that could allow them to pursue a second act will enable another generation to continue its growth.

In some ways this year won’t be different. Layoffs are dependent on state aid, which is a moving target until mid-June. The best the district can do is project.

And another sad truth is that the number of districts that could copy the gambit if it is successful is limited. There are a huge number of school systems that serve fewer than 1,000 pupils, which means that there may not be enough candidates in various areas of licensure for the trade-off to work.

And there are any number of districts that have yet to institute the separate but parallel teacher evaluation cycles now mandated by law but still not in place — or funded by the Legislature — that are the other half of the equation.

In Minneapolis Public Schools and other places that have waded into the brave new world of regular evaluations including student performance data, there are also encouraging signs that teacher performance can be addressed with teacher and union buy-in when its “de-coupled” from the high stakes of hiring and firing.

The spirit, however, bears scrutiny by advocates and policymakers who are frustrated by the entrenched nature of the political debate over teacher quality.

“There’s value in seeing if it catches on organically,” says Ricker.