News
Learning Curve
MinnPost’s education reporting is made possible by a grant from the Bush Foundation.
April 3, 2013

Impressed by the number of his students who loved working with their hands, last year Chris Pennington tried a modest experiment. A life skills teacher at Minneapolis’ Edison High School, he told an assistant principal he wanted to teach woodworking.

Specifically, Pennington asked if he could carve some space out of one of the school’s four automobile maintenance-training bays, relics from the era when high schools had vo-tech tracks. There was no getting a permit to operate heavy power tools, but he had lots of ideas for low-tech projects that could be completed with hand tools.

The first: Decks — but not just any decks. The kids had to figure out how to build a platform resting on 4-by-4s that was capable of supporting an entire team of woodworking competitors.

That was fun and inarguably educational, but the second exercise added motivation to the mix. The students built bat houses to be sold to raise seed money for more projects.

Some students paid attention to detail and design and were surprised at how much their bat houses fetched. Possibly used to skating in school, others didn’t. When the difference in the earnings became clear — let’s just say it was a watershed moment.

“Having that hands-on component has been magical,” said Pennington. “You’re doing meaningful work and your skill level translates directly into the price you can ask.”

Fast forward a year and Pennington’s students have launched four separate efforts aimed at making a little money for the life skills program, which is teaching everything from the three R’s to job skills. In addition to the woodshop, there’s a greenhouse, a cooking program and a bike repair program.

Pennington is one of two national finalists in the second annual Great American Teach-Off, a national search for innovative teachers sponsored by the University of Phoenix and the global social-progress effort GOOD. If he wins, his program, which serves 45 special-ed kids, will get a $10,000 grant.

The recognition would be terrific, said Pennington. Since he has been making up the difference between the students’ earnings and the cost of materials himself, it also would deliver a dose of domestic felicity to the Pennington household.

How much has Pennington spent on his grand-slam experiment? “It’s kind of embarrassing,” he said at first. “It’s really bad.”

It started with homemade bread

The really early seed money came from colleagues, who were willing to pledge $20 in exchange for a few loaves of homemade bread. (Which has won Pennington, who is quick to credit the recipe to his mother-in-law, blue ribbons at the State Fair.)

The bread raised enough to pay for utensils, a new stove and two refrigerators. Cooking classes meet three times a week, with 15 budding chefs enrolled in each.

That’s awesome, but it’s also nine meals a week to shop for. “This is painful,” Pennington conceded. “But the cooking class alone is $200 a month. So $400 a month total?”

A grant writer, his wife suggested there was a better way of underwriting the program than the family coffer. In reply to his contest entry, Pennington got an email asking him to make a video showcasing his innovative approach.

He and his students have since filmed four more spots to post to GOOD’s website, which have kept them in the running as the field has narrowed. A couple of weeks ago, Pennington found himself in the Teach Off’s final four. On Monday he learned he was one of the top two competitors. 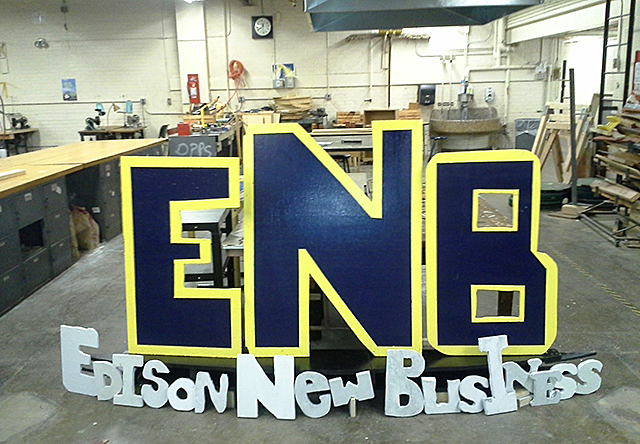 Voting is open till April 7

Online voting, which is open to the general public, is open until 1:59 a.m. CDT Monday, April 7. Bonus: You can vote once every day until then.

The grant would fully fund all four efforts for the next two years, which Pennington sees as a solid running start. Because the market for bat houses in Northeast Minneapolis is admittedly limited — the woodshop has moved on to crafting those mini-libraries popping up in front yards all over — his efforts are aimed at teaching a number of skills.

Through Junior Achievement, the students draft business plans, come up with company names, “sell” themselves stocks in the ventures and evaluate the return on investment that results.

At the moment, the bicycle-mechanic training program looks super-promising. Edison’s administration found a little money for some tools and a neighborhood business, Recovery Bike Shop on Central Avenue, donated two pricey stands to hold bikes while they are being serviced and is sending a mechanic once a week to work with the students.

The first bike the students overhauled sold immediately for $600. By next spring, Pennington hopes his kids will have learned enough skills to open for business for real.

“That was all (Recovery Bike Shop) taking us under their wing,” said Pennington. “And the school administration has been beautifully, wonderfully supportive.”