News
Learning Curve
MinnPost’s education reporting is made possible by a grant from the Bush Foundation.
May 16, 2013

Even as awash in rainbows and songs as the Capitol has been this week, an undercurrent of paranoia has arisen concerning the potential fate of the Safe and Supportive Schools Act. Large, contentious pieces of legislation remain to be worked out, lawmakers must adjourn Monday — but as of Wednesday night, the anti-bullying bill had yet to appear on the Senate calendar.

One possibility, of course, is that the upper chamber simply fails to take up the sweeping measure, leaving intact one of the country’s weakest school-climate laws. This is unlikely, but educators’ nearly universal reaction probably would be dismay at the waste of the protracted work of a state task force that spent a year creating recommendations for a comprehensive school-climate program.

More likely, the Senate will pass something — albeit at the 11th hour or in the dead of night. But here, too, there’s reason for the bill’s backers to fear.

After a debate that surprisingly was longer and more contentious than the one over same-sex marriage, the House of Representatives passed an amended version that granted an exemption to private schools but allowed them to keep some $75 million a year in per-pupil state aid.

The Archdiocese of St. Paul and Minneapolis and religious conservatives had pushed for the carve-out, arguing in part that the effort to regulate school anti-harassment activities was an extension of the same-sex marriage push and an infringement on religious liberties. 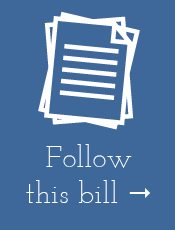 Get the latest on the anti-bullying
bill with MinnPost’s 2013
Legislative Bill Tracker.

The longer the clock ticks, making a conference committee impossible, the more likely the Senate will be forced to vote to take up the House’s version without any changes.

The welfare of students at Minnesota’s private and parochial schools is the chief thing at stake, but a second undercurrent of paranoia could be heard in the Capitol halls earlier this week. The exemption that made it through the House debate on Safe Schools was echoed by attempts in the Senate to amend the same-sex marriage bill to exempt businesses and service providers from complying with anti-discrimination laws that run contrary to their religious beliefs.

On Monday, when they took up and passed the marriage bill, numerous members of the Senate DFL majority rose to declare this a slippery slope that might end in a giant step backward for Minnesota. Unanswered is whether there are enough hours left in the year to consider the same question with regard to the Safe and Supportive Schools Act.