News
Learning Curve
MinnPost's education reporting is made possible by a grant from the Bush Foundation.
July 23, 2013 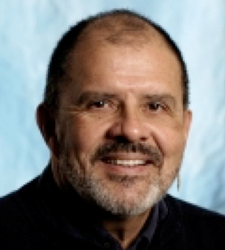 The Twin Cities education, philanthropic and Native American communities lost a giant Sunday when Ron McKinley, 64, was killed in a motorcycle accident in northern Washington.

During more than four decades of high-profile advocacy, McKinley founded a number of nonprofits, including the Minnesota Minority Education Partnership (MMEP), served on many boards and mentored countless students and emerging leaders.

“For me, he was a big brother, a mentor, someone who was always looking out for me,” said Carlos Mariani Rosa, a DFL lawmaker and the MMEP’s current executive director. “And an advocate for justice and equal opportunity.

“He focused a lot of his professional energies on educational opportunities for students of color and American Indian students.”

“All the folks who have been impacted — it’s really sad,” said Peggy Flanagan Monday, her first day as executive director of the Children’s Defense Fund of Minnesota. “He was just really instrumental in growing new leaders. I’m not sure how that void will be filled.”

He and a passenger, 49-year-old St. Paul resident Ann K. Johnson, were killed when a car swerved across a highway centerline, colliding with McKinley’s motorcycle.

He is survived by his wife, Devin, daughters Whitney and Channing, and two granddaughters, according to Migizi President Elaine Salinas.

A lifelong passion for cycling led McKinley to cross the country several times and even to ride overseas.

“He had just sent me a picture four days ago from Wyoming,” said Mariani. “We have a date on the calendar for next week.”

Reached out to prospective students nationwide

When Mariani enrolled in Macalester College in 1975, McKinley — only six years his senior — was working for the college’s TRiO program, a federally funded effort to help low-income first-generation Americans enroll in and succeed at the university level. A Mescalero Apache and one of the first American Indians to begin working with the programs, McKinley reached out to prospective college students everywhere from Indian reservations to East Los Angeles.

At the time of Mariani’s arrival, Macalester was under pressure from donors to scale back its “aggressive” minority recruiting. Always interested in collaboration, McKinley let the program’s upset students puzzle through framing a response themselves.

“Instead of getting on his high horse and telling us what to do, he facilitated us coming together and let us find our own voice,” said Mariani.

Years after both had moved on, McKinley recruited Mariani to sit on the board of MMEP, his new effort. “He was concerned that the pace at which students of color were going into post-secondary was not going up and that their success rates were not going up,” Mariani recalled.

To found the partnership, in 1986 McKinley brought together representatives of the K-12 education sector and higher ed and the civic and philanthropic communities to promote race equity in education. Its frequent research reports are Minnesota’s go-to resource for understanding how well minorities are faring in the state’s schools and universities.

The group gives an award every year in his name to an outstanding volunteer “who share(s) in Ron’s lifelong commitment and passion to expand the education opportunities for students of color from low-income backgrounds.”

Like others, Flanagan said McKinley was notable for the humor he brought to his work. “He was just an incredibly caring, funny advocate,” she said.

“He had a great sense of humor,” Salinas agreed. “He was very intelligent and knowledgeable, and very opinionated. At the same time, he was very able to laugh at himself. He could always find the humor in a situation.”

Salinas knew McKinley for more than 30 years, the last six of them as one of MIGIZI’s most active board members.

“I could call on him any time for advice and support,” she said. “His death is going to be a huge loss not just for our community but for so many nonprofits.

“It’s like taking away a bright light,” said Salinas. “He will be well-remembered by many.”

Ron McKinley’s death ‘a huge loss’: ‘It’s like taking away a bright light’