News
Learning Curve
MinnPost’s education reporting is made possible by a grant from the Bush Foundation.
Aug. 28, 2013 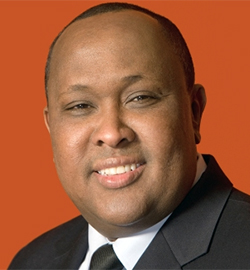 I don’t know about you, but every once in a while I’m humbled to witness something that nudges aside the things we use to divide ourselves from others — religion, class, race, politics — revealing our shared humanity. The first person of Somali descent elected to public office in Minnesota and possibly the United States, Hussein Samatar had a way of doing that in life.

Samatar died on Sunday at the age of 45 of complications stemming from leukemia. Like several hundred other Minnesotans who knew him, I was moved Monday to attend his service. It happened quickly and in accordance with centuries of Islamic tradition, and I dare say it marked a historic moment in relations between non-Muslim Minnesota and its East African immigrant community.

The Islamic Institute of Minnesota, which houses the Burnsville Masjid where prayers were said for Samatar, embraced an overflow crowd of people who showed up with open hearts but in many cases otherwise ill-prepared to observe unfamiliar rites.

Samatar was a husband and father, a member of the Minneapolis School Board and of the boards of any number of civic organizations. He was the founder of the African Development Center, which made possible the launches of dozens of immigrant-owned businesses. He was humble, humorous and relentlessly positive, but he was also rock-solid in his convictions.

And Samatar was a stickler for how he was described. In a story published before his 2010 election to the school board I referred to him as Somali-American. He contacted me, asking that I not call him that again.

Somalia was only part of a diaspora, which he identified as the place where he grew up. America — and in particular Minnesota, to which he fled 20 years ago — was now his home. If I had to put an adjective before his name, could it just be African American?

It wasn’t a surprise, then, to see a cross-section of Minnesota’s leaders, Somali and not, wedged into the repurposed Snyder Drug where prayers were said for him. Sen. Al Franken and Rep. Keith Ellison were there, as was state Education Commissioner Brenda Cassellius. Mayor R.T. Rybak, who first pulled Samatar into public life, was in attendance, as were current and former school board members, state lawmakers and Secretary of State Mark Ritchie.

There were teachers, education activists, folks who are frequent, critical fixtures at Minneapolis school board meetings and firefighters and police officers from several Twin Cities municipalities. Minneapolis Public Schools sent two buses to help with the logistics, but mourners still packed the parking lots of strip malls and bowling alleys on surrounding blocks.

“He was a person of the world, and at the same time he was very much a product of East Africa,” observed Joe Nathan, who got to know Samatar years ago, when his Center for School Change was housed at the University of Minnesota’s Humphrey School of Public Affairs, where Samatar was a fellow. “I thought the service was an amazing reflection of who he is.”

Because the deceased should be united with Allah as quickly as possible, Islamic funerals are minimal and ideally should take place within 24 hours. The body of the deceased is washed and shrouded, followed by a funeral prayer and finally burial — frequently without a coffin.

Non-Muslims do not join in the prayer but are welcome to observe. Women and men occupy different sections of the mosque — which in this case is the easternmost half of a small hall — with the men at the front of the room. Women must also be dressed as modestly as possible, with headscarves essential.

The non-Muslim women in attendance at Samatar’s service struggled. I stood in my closet for half an hour before setting out, trying to ascertain what I might own that was both loose and would cover as much of my skin as possible — forget being bearable in the sun at the cemetery in the summer’s worst heat wave.

A few non-Muslim women were dressed entirely appropriately, but the rest of us got it half right at best. A few raced back to their cars for jackets and mufflers and wool scarves that never made it back into the house the spring before. Covered or not, everyone was welcomed without comment.

And welcomed is a completely inadequate word here. Rectangular prayer rugs in the section delineated as a mosque face northeast, the straightest and shortest way to Mecca. Non-Muslims were shown to rows of chairs in the other section.

Mixed crowds quickly filled the aisles and every spare millimeter of space at the front of the room. Those participating in the prayer — and in one of the five daily scheduled prayers that needed to occur during the gathering — faced the northeast corner. As if we were non-Catholics attending Mass, people attempted to stand and sit as the Muslims praying stood and kneeled until we were waved at to sit down.

A welcome, and an explanation

The clock was literally ticking down the minutes until Samatar’s body should be buried — by hand, by mourners — in a simple plot a few blocks away. Yet one of the founders of the center, Brother Amin Abdel Kadir, took the time to welcome some of the officials in attendance by name and to explain what was happening.

When we got to the cemetery we would see graves marked by plates that were plain except for the decedents’ dates of birth and death, which even here would range from 1 to more than 100. A Muslim must be ready at any moment, because death claims us all in its own time, he explained. We should focus, then, on good works and not to get caught up in things that will seem small when that moment arrives.

On a more practical note, it was very important for guests to clear out as quickly as possible after the prayer and to not wait for the funeral procession, he said. We should try to carpool the short distance to Garden of Eden Islamic Cemetery, just west on Highway 13. A logjam of cars seeking parking or trying to follow the hearse would slow things down. 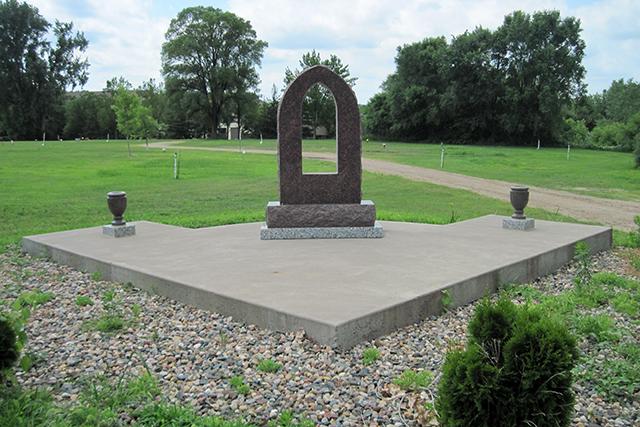 MinnPost file photo by Andy SturdevantAt the Garden of Eden cemetery, a granite sculpture, resting on a wedge-shaped based and with a window-like aperture, designates the direction toward Mecca.

At the cemetery, women stood in small groups at a distance from the grave, which was thronged by men. I can’t tell you what happened graveside, although I heard there was a rush to get enough earth into the crypt to bury the body on time.

Instead I watched with fellow MinnPoster Marlys Harris and with Minneapolis Federation of Teachers President Lynn Nordgren, who was one of the non-Muslim women present who was garbed entirely properly. The African women we waited with passed out bottled water, and then colder bottled water.

‘A real tribute to Hussein’s spirit’

Co-founder of the Contract for Student Achievement Lynnell Mickelsen stood at a similar remove with a different group of women who, she told me later, passed out bottled water and then colder bottled water.

“It was amazing to see how many people [Samatar] had touched,” she said. “This was a moment of profound grief for the Somali community. To see the Muslim community so strong and so welcoming — it was a real tribute to Hussein’s spirit.”

Samatar’s community, finally, was both African and American.

As in his life, Samatar’s funeral brought all manner of Minnesotans together