News
Learning Curve
MinnPost's education reporting is made possible by a grant from the Bush Foundation.
Feb. 26, 2014

For a few awkward moments at their Tuesday night retreat, the nine members of the Minneapolis School Board were uncharacteristically tongue-tied.

They had just concluded one of the tense, irritable exchanges that have become commonplace at board meetings. This time, the conflict involved how to resolve the fact that three board members wanted two seats on one of the board’s external committees.

And now the snappish conversation was serving as Exhibit A to the meatiest item on the evening’s agenda: A facilitator from the Minnesota School Boards Association walked board members through the results of an anonymous self-evaluation, noting that they gave each other low marks in the “conduct and ethics category.”

Specifically, a majority of the board had opined that its members and the superintendent do not trust one another, work as a team or engage in joint problem solving. To add to the discomfort on display, they also gave each other low marks regarding “demeaning verbal or nonverbal communication.” 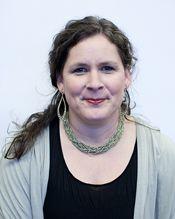 In the silence that ensued, most members kept their eyes downcast, trained on the spreadsheet charting their opinions. “Let’s just put it out there,” Board Chair Richard Mammen eventually opined, “that there are different perceptions.”

“Sometimes it’s also about making sure we know where each other stand before we go into a situation,” board member Rebecca Gagnon added. “Surprises are tough, especially big ones and on camera.”

More awkward pauses ensued, after which the facilitator suggested that perhaps the board members would benefit from taking the Myers-Briggs personality instrument and sharing the results.

“Those types of inventories can be very helpful in understanding where one another are coming from,” she said.

Upon which the outsider delivered — doubtless unwittingly — the coup de grace: “I do hear from boards where there are complaints about behavior,” she said, in a seeming last-ditch effort to encourage dialogue. “Sometimes it helps to have a code-of-conduct policy.”

Philosophical and political issues increasingly have divided the board over the last three years. In the wake of Hussein Samatar’s August death of complications stemming from leukemia, however, personality conflicts have become especially pronounced.

Monserrate chaired the board in 2012 and 2013; Mammen took over in 2014. Arneson has served as vice chair last year and this year. On their watch, policy has been that board meeting agenda items must be approved by the chair and vice chair. 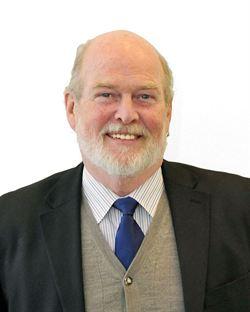 The rationale: To not overwork district staff, the board can only meet once a month, instead of weekly or biweekly as under previous regimes. To make progress on a packed agenda on that schedule, a tight focus is essential. Board committees focused on topic areas are supposed to plug the gap.

Samatar, Carla Bates and Tracine Asberry have constituted a more reform-minded minority. Depicted as a radical reformer, Josh Reimnitz has so far served as a relatively quiet addition to the board. Samatar’s replacement, Mohamud Noor, is as yet a wild card.

At the start of the year, Bates and Asberry were denied board officer positions. They were assured that their concerns would find a place on board meeting agendas, so long as they fit with the board’s articulated policies.

In classic Minnesota fashion, the conflict has been cloaked in code. In January, for example, during the time near the end of the board’s monthly meeting when members have an opportunity to speak briefly on any topic they choose, Bates proposed creating an ad hoc committee to consider the future of swimming in Minneapolis Public Schools (MPS).

Largely off the public’s radar, a controversy has long waged over the future both of competitive high school swimming and MPS’ participation in the proposed renovation of an indoor public pool.

Calling it “impulsive,” Monserrate argued against Bates’ proposal to study the issue. Bates countered that she had been trying to get the issue onto the agenda for months but had been denied. As the meeting was gaveled to a close, Monserrate was out of his seat, making a beeline for Bates.

Past boards have, of course, had deeply divided, honest disagreements. But dating back at least to the late 1990s, members have resisted the urge to shut one another out.

Tuesday night a number of Robert’s Rules of Order were run through and countered, with the end result seeming to be whether Tracine Asberry could be one of two board liaisons to the Minneapolis Youth Coordinating Board, a post she held last year.

Mammen raised a number of objections, expressing surprise at Bates’ and Asberry’s understandings of how external committee posts were decided. Among them, Asberry’s attendance had been poor, he asserted. 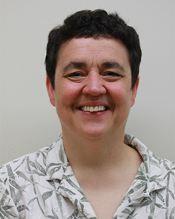 Asberry countered that he was wrong about her participation. Plus Noor, the supposed heir to the seat, was happy to relinquish it.

“I didn’t know you two had spoken,” Mammen complained. What was so desirable about this seat, he went on to ask; no one wanted the post of liaison to the Council of Great City Schools.

“I wanted it,” replied Carla Bates.

“It was three people for two seats,” said Mammen. “That’s all it was.”

In the end, Asberry got the committee seat.