News
Learning Curve
MinnPost's education reporting is made possible by a grant from the Bush Foundation.
April 28, 2014 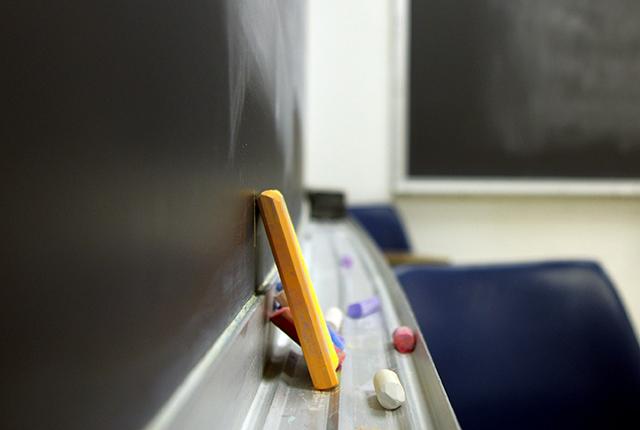 One of Minnesota’s longest-fought education reform campaigns appears to have quietly been resolved. So quietly, in fact, that the teachers and schools most directly impacted may not have realized as much.

It took more than four years, enough red tape to fill a U-Haul and the specter of numerous legal actions, but the state Board of Teaching has finally created a uniform, streamlined process for issuing licenses to teachers trained and licensed in other states.

Within a couple of weeks, teachers who have either been unable to accept a local job or who have been working under some kind of ad hoc credential will be able to submit the licensing applications that will get them out of limbo to the Minnesota Department of Education.

To the uninitiated, this probably doesn’t sound like a big deal. But to a growing number of teachers with unconventional training and track records of success elsewhere — not to mention the principals who want to hire them — it’s a watershed moment.

And a looming challenge: When the debate started, the board responsible for its implementation had the equivalent of 5.6 staff positions. Today it has two, and they have been warned that cuts may be coming, according to interim Director Erin Doan.

Meanwhile, the newly approved process for reviewing applications from out-of-state candidates is relatively labor-intensive. The board’s staff has asked for additional funds. There is $100,000 in a House omnibus bill but no funding in its Senate equivalent, Doan said.

The approval of the new licensing pathway comes more than three years after the Legislature passed a law — the first piece of legislation signed by then brand-new Gov. Mark Dayton, in fact — requiring the board to create the process by Aug. 1, 2011. At the time, Minnesota was one of nine states that lacked a “reciprocity” law.

But within days of the new law’s passage, the board posted a statement online discouraging applicants and cautioning that implementation “would take time.”

The problem: By definition, teachers trained in so-called alternative certification programs such as Teach for America (TFA) do not have teacher college transcripts. They are, however, typically recruited from the very top of their college classes and arrive here with evidence of strong student growth in their classrooms.

Meanwhile, Minnesota has traditionally favored candidates trained in the state’s 33 teacher-training programs, which are approved by and represented on the board. Graduates’ basic skills tests passage rates vary widely.

The state has long had a reputation for making even experienced teachers with conventional academic credentials and licenses earned in other states jump through hoops, such as re-taking coursework or paying to student-teach again.

A year after the law was to be implemented, the state Education commissioner sent the board a strongly worded letter noting that the Legislature clearly intended Minnesota to smooth the licensing process for alternatively certified teachers.

At their monthly public meetings, however, board members continued to talk about the value of a conventional Minnesota education degree and to express skepticism about the need for alternatively prepared candidates.

Last June, at a meeting where a parallel process to grant limited licenses that allowed TFA recruits to begin teaching while still being trained, Sen. Terri Bonoff reminded the board that its job was to carry out state law, not second-guess it.

“If you don’t like the law, come back to us at the Legislature and ask us to change it,” she said. “This conversation is akin to the Republicans and Democrats arguing in the Legislature, where we pit one side against the other, with traditional teachers against alternatively prepared teachers.”

In the end, some of the teachers in limbo threated to go to court. One of them was Kathryn Spotts, who received her full Minnesota license in August as part of the pilot of the process now set to roll out. She was first denied a license in 2010.

After majoring in history at Carleton College, Spotts trained with TFA, which placed her in a failing middle school in central Newark, N.J. While she taught, she took classes to qualify for New Jersey state certification. Her students posted test scores showing strong growth and Spotts was given the district’s coveted master teacher award her first year on the job.

After moving to Minnesota with her now-husband, Spotts applied for a Minnesota license, figuring she would be required to take a few classes. The board denied her request and suggested that she consider getting a master’s from the University of Minnesota.

(A sampling of her correspondence with state officials is illuminating.)

Instead, Spotts applied for a program that would have trained her in a specialty, but was denied because she was not a licensed Minnesota teacher. So she applied for a general education program, only to be told that a review of her Carlton transcript suggested she’d need a full year of prerequisites.

Spotts applied for jobs at two local charters and got an offer from each to teach under a temporary variance license. She took all of the state teacher skills tests and passed. Last year, Adelante College Prep, a Minneapolis middle school, had to do extensive paperwork proving that she was the candidate best qualified for the job.

The state generally frowns on issuing one variance after another, and so last year Spotts attended a series of meetings with attorneys from Faegre Baker Daniels, who were filing legal complaints with the aim of getting the board’s inaction before an administrative law judge.

Last summer, Spotts pushed the state to specify the qualifications she was missing. Instead of a firm answer, she got an e-mail asking her to participate in the pilot of a reciprocity process. Two weeks after submitting her materials, she was awarded a license.

Back to square one

Amara Lynch was prepared to press her case, too. Also a TFA alum, Lynch taught in Texas for four years and Georgia for one. After her last year teaching in Texas, 95 percent of her students passed state proficiency tests. She is bilingual, which makes her especially sought after.

Lynch followed her husband to Minnesota, where he now works as the director of teaching and learning for Minneapolis Public Schools (MPS). When she first applied for a license, she was told she would have to re-do the coursework required of someone who had never taught.

“I’ve come across many amazing teachers who are in the same situation,” she said.

Lynch had signed up for graduate school when the pilot was announced in July. Like Spotts, she has no idea why she was subsequently given a license.

Legal complaints were prepared on behalf of a number of other teachers. In total, all but one of the 14 alternatively certified teachers who participated in the reciprocity pilot were ultimately licensed.

The new process gives applicants points for academic credentials and other qualifications. Those who score 45 or more points and meet basic requirements such as a college degree and passage of the state tests required administered to all teacher candidates will be granted licenses.

The list of potential qualifications was designed using categories the state used to use to identify highly qualified teachers, said Doan.

“At this point, we are trying to use the tools available to us to help teachers demonstrate how they meet the standards for licensure and to make sure everyone meets the same standards,” said Doan.

The online application process should be open by the board’s next monthly meeting, which takes place May 9. It’s not clear how many teachers are working in Minnesota schools on variances and waivers, but there is likely to be a push as those in limbo attempt to get full licenses for next fall.

(Full disclosure: Teach for America Co-CEO Matt Kramer is the son of MinnPost founders Joel and Laurie Kramer. Matt is married to TFA alum Katie Barrett Kramer. His brother Eli Kramer is married to Jessica Cordova Kramer, TFA’s senior managing director of alumni engagement. As the head of a network of schools that has hired a number of the teachers in question, Eli Kramer has testified before the State Board of Education on this issue. None of the Kramers mentioned here was involved in preparing this story. They will see it at the same time as MinnPost readers.)