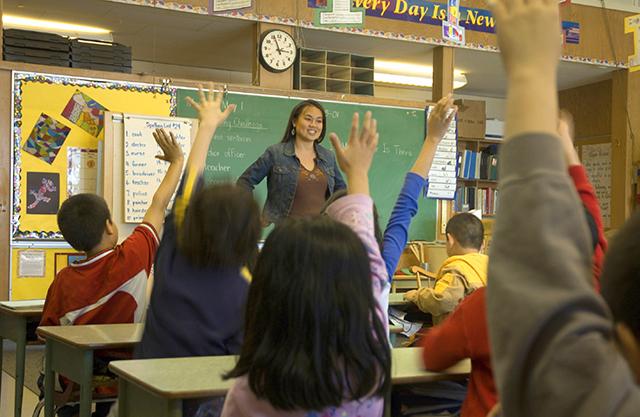 Do you remember the talk hereabouts after the Minneapolis School Board elections of 2012? That a couple of that year’s hardest-fought contests were harbingers of a future rife with six-figure races, carpetbaggers and smear campaigns?

How completely, totally dead wrong we all were.

Despite six months of house parties and personal appeals from the highly placed, the buzz in Minneapolis Public Schools (MPS) circles — of all ideological persuasions — right now is concern that the district may have reached a crossroads at which it’s become nigh impossible to recruit a robust candidate pool.

With less than a week to go before the DFL endorsing convention, this year’s five races so far have attracted just 10 candidates: two incumbents and eight political unknowns.

Fully half the candidates are running for two at-large board seats that will be filled by the top two vote-getters; another two are running unopposed in geographically identified districts; a third square on the map boasts two candidates.

Do the newbies have the right stuff? Good question. The field as a whole has had precious little scrutiny by the public. Two small forums held to date have generated scant discussion and little public passion.

And that union-reformer dichotomy that was red hot in years past? It’s barely a whimper this time out, with the most recognizable institutional player behind the candidates the equity-focused Service Employees International Union (SEIU).

There are several aspects of this juncture that merit discussion, but first know that if this situation in any way concerns you — or if the future of MPS interests you — it’s crucial that you find a way to attend a school board candidate forum scheduled for the evening of Thursday, April 24.

The event, to be held at Martin Luther King Jr. Park, 4055 Nicollet Ave. S. from 6:30 to 8 p.m., is being organized by board member Tracine Asberry, who has enlisted as partners a Who’s Who of the education community that includes most of Minneapolis’ state lawmakers, elected city officials, school board members past and present and civic leaders.

It promises to be the least ideological of the few forums scheduled so far. The stakeholders helping to put on the event have diverse political philosophies concerning education.

The event is free and open to the public and if a sense of urgency about the city’s schools — more than ever in need of strong leadership — doesn’t get you to it, perhaps the promise of free cookies from Butter Bakery will.

The details of “Why We Can’t Wait,” a three-part community engagement series, are still being worked out. But the conversation is likely to include questions from high-school students and a discussion with past and present members about the board’s governance function.

Never mind that the DFL endorsing convention — April 26 this year — has historically been a bellwether in the race, the candidate filing period opens May 20 and runs through the close of business June 3.

So far in District 5, which comprises the southern half of the swath of south Minneapolis between Interstate 35W and the Mississippi River, parent activist Jay Larson faces Nelson Inz, a teacher at Great River Montessori High School in St Paul who has some high-profile endorsements.

Incumbent Jenny Arneson is running unopposed in northeast’s District 1. Siad Ali, who began his career in this country as an MPS bilingual classroom aide and is now on Sen. Amy Klobuchar’s staff, is unopposed in District 3, which encompasses Cedar-Riverside, Seward and parts of Longfellow.

Five candidates are vying for two at-large seats in a citywide contest. Incumbent Rebecca Gagnon is joined by charter-school administrator Andrew Minck, an alumnus of Teach for America, human services worker Ira Jourdain, former SEIU political director Iris Altamirano and Doug Mann, who has run in every board race for more than a decade.

Because of prior commitments, neither Arneson nor Ali will attend Thursday’s forum and Gagnon will miss the first part.

The ironies are thick. For most of the last two decades, the Minneapolis Federation of Teachers (MFT) has had an outsized influence on board elections. In Minneapolis, the DFL endorsement has traditionally determined the race and the union’s endorsement has carried the endorsing convention.

In 2012, a number of community groups frustrated with the district’s inability to make meaningful changes to its contract with the MFT began hosting candidate forums and asking questions not raised in years past. Independent campaign expenditures on behalf of candidates in one race made it the most expensive in MPS history.

This year, with a majority of the board’s nine seats up for re-election and the DFL/MFT stranglehold broken, most district insiders had expected a lively, dynamic campaign season.

Service on the MPS board has a way of chewing people up, making it common for incumbents to bow out. This year board Chair Richard Mammen and former Chair Alberto Monserrate chose not to seek re-election. A third, newcomer Mohamed Noor, is running for the state House of Representatives.

Board members receive compensation of slightly more than $1,000 a month. Many of those who have left the board in recent years have said it’s impossible to hold down a job and properly fulfill board obligations.

The approval of a new teachers contract that, if implemented well, contains many of the reforms sought in years past, may be one reason few have thrown their hats in the ring. The board approves the contract, and candidates in recent years have cited reform as a motive for getting into the race.

It’s not the first year MPS-watchers have talked about exploring alternatives to the election of a part-time board. Allowing a mayor to appoint some or all of a board’s members has been tried elsewhere — including St. Paul a generation ago — with mixed results.

In other communities — most notably Denver — advocates have begun pumping major money into candidates’ coffers in the hope of enticing better prospects to run — and to win. It’s likely there is outside money here, albeit in search of a galvanizing campaign.

And there are those who advocate making board service a full-time job and paying a commensurate salary. The counter-argument: In an era of bare-bones budgets, paying nine executives to supervise one highly compensated employee, the superintendent, is an irresponsible use of resources.

Until there’s a solution, public engagement and scrutiny would seem to be critical. Perhaps the current slate holds some candidates who, pushed to articulate their views, will ignite passions. And if not, maybe someone in the audience Thursday night will be moved to join the race.