News
Learning Curve
MinnPost's education reporting is made possible by a grant from the Bush Foundation.
April 16, 2014 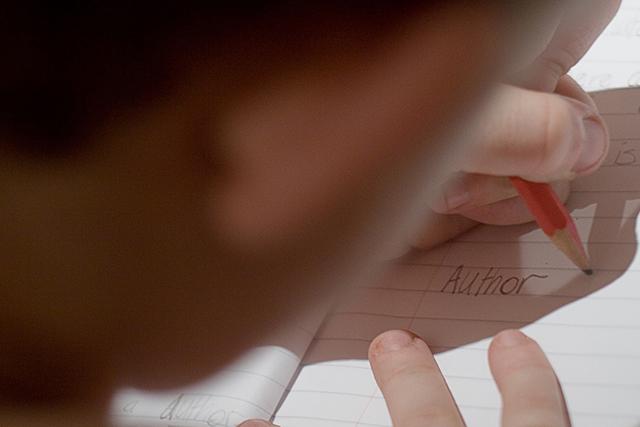 CC/Flickr/Brian Smith
Conventional wisdom has held that students must learn English before they can conquer academics.

Right now, the fate of Minnesota children who are learning English depends on where and how they end up in school. The least fortunate languish, falling years behind in classrooms where lessons are spooled out in a language they can’t understand.

Because conventional wisdom has held that students must learn English before they can conquer academics, others attend school in pull-out classrooms. By the time they are “mainstreamed,” they, too, can be years behind.

And it’s no small problem. Over the last two decades the number of Minnesota English language learners, or ELLs in education jargon, has grown by more than 300 percent [PDF]. There are now 65,000 enrolled in schools here, 50,000 more than 20 years ago.

Perhaps, then, the most revolutionary piece of legislation expected to emerge from the state Capitol in coming weeks is a long-sought package of reforms laying out strategies proven to bring ELL students to grade level reliably and quickly.

Its provisions merit dissection [PDF],  but the most important aspect of the bill is the sea change it calls on educators, policymakers, higher ed and employers to make.

Seeing multilingualism as a big asset

Right now, many perceive the fact that a student is acquiring English as a deficit that needs fixing. ELL advocates, by contrast, insist that Minnesota’s prosperity rests on seeing multilingualism as a tremendous asset.

In fact, if the Learning for English Academic Proficiency and Success Act or LEAPS Act, is passed into law this year as expected, all Minnesota high schools graduates who are assessed as fluent in more than one language will receive a special seal on their diploma.

“That’s a signal to higher ed and to businesses,” said Mary Cecconi, executive director of Parents United. “This person can cross cultures.”

According to the National Center for Education Statistics, Minnesota ranks 15th nationwide in terms of the number of languages spoken by its students. A multilingual workforce without an achievement gap would put the state at a major advantage.

“The focus for far too long has been on the wrong indicators,” Cecconi added. “We need to understand that our job is to teach them content.”

In short: No more waiting for a child to conquer English to begin instruction in math, literacy, science or any other subject. And no longer is the goal acculturation. 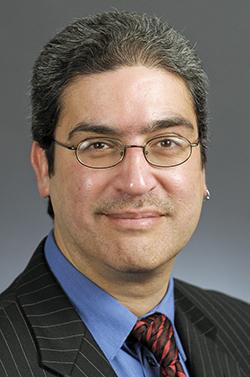 “It sets the expectation in state law that ELL services be delivered in a way that looks like the home language of the learner,” said Rep. Carlos Mariani, the St. Paul DFLer who has been incubating the policy for years along with Sen. Patricia Torres-Ray, DFL-Minneapolis. “I’m pretty proud of it.”

Just 17 recent passed reading tests, vs. 58 percent overall. And 12 percent were deemed proficient in science, vs. 53 percent of all students.

During the special session of 2003 then-Gov. Tim Pawlenty and the Legislature balanced the budget in part by making a series of cuts to education. Some $11 million was pared from the ELL funding stream by reducing the number of years students could receive services from seven to five.

At the same time, the number of immigrants enrolling in Minnesota schools was mushrooming. Skyrocketing in particular was the population of refugees whose backgrounds do not include exposure to formal education. Not only do they not speak English, they typically have no exposure to literacy or numeracy in their home languages.

“With home language proficiency, you’re building on those building blocks in the brain of the child,” said Mariani. “So when you supply another language the architecture is there.”

The measure builds on last year’s World’s Best Workforce legislation, a series of provisions that establish a cradle-to-career pipeline that seeks to keep Minnesota’s economy competitive by ratcheting up dramatically the number of students who are poised to finish college.

To that end, this year’s LEAP Act directs schools to adopt culturally responsive teaching practices and to ensure students are literate in at least their home language by third grade, a critical juncture. The Minnesota Department of Education’s Regional Centers of Excellence, established last year in the workforce legislation, will supply resources to districts without strong ELL programs.

It also includes provisions requiring teachers and administrators to expand their understanding of how to serve ELL students most effectively and directs teacher colleges to include ELL strategies in their curricula. And when staffing bilingual programs, districts must give priority to native speakers.

Far from being received as one more set of mandates educators must cope with, teachers are expected to welcome the changes. Response to a survey of ELL teachers by the state’s largest teachers union, Education Minnesota, about the key concepts was highly favorable, Mariani said.

A number of school and civic leaders have already been working to promote the value of a multicultural education.

A third of St. Paul pupils are ELL students

St. Paul Public Schools (SPPS) Superintendent Valeria Silva has received national recognition for her ELL programming. One third of pupils in St. Paul, the largest district in the state, are ELL students.

Minneapolis Public Schools are working to expand a promising program for students who arrived here weeks or months ago and may have had little exposure to schools, let alone English.

And former Minneapolis Mayor R.T. Rybak, now the head of the education data trust Generation Next, has spoken compellingly for years about the hunger among the city’s employers for workers whose skill set includes being able to cross cultures.

These are examples of the shift Cecconi talks of. “Right now, we look at an [ELL] child and say, ‘Oh, the poor kid, let’s teach them English,” she said. “You learn the culture by learning the language. And they are living in a world where they can navigate two languages.”

The LEAP Act is included in both the House and Senate omnibus bills. Next week, when lawmakers come back from their mid-session recess, the legislation will be taken up by conference committees.

While Mariani is hopeful that he measure will return intact, there are fears within the education sector that the committees will not be willing to fund everything in the bills.

“This is not a change you are going to see next year,” said Cecconi. “This is a societal change.”