News
Learning Curve
MinnPost's education reporting is made possible by a grant from the Bush Foundation.
May 13, 2014

As is the way in politics, when the 2014 Legislature convened back in February there was no shortage of rumors about the issues that threatened to erupt. For the most part they were pretty predictable — extensions of the red-hot controversies of years past involving entrenched interests.

No one could have predicted that when lawmakers crashed into a final, political pothole it would be an 11th hour, backroom tussle over what’s known in education policy circles as the “PSEO gag rule.” The phrase in question limits what colleges and universities can tell high school students interested in earning college credit.

In theory, the final step for the 2014 education policy omnibus bill, which removes the gag, is a simple yes or no vote on the Senate floor of the same conference committee report the House last week approved 80-49.

But last-minute division has put Senate DFLers in a political pickle. To avoid an embarrassing floor debate within their own caucus, leaders are thought to be toying with a series of options that are all variations on a parliamentary deus ex machina.

In an effort to be there when it happens, a small army of education advocates — many of them usually on opposite sides of the issues — has taken up occupancy in the Capitol hallways. In addition to the gag rule, the bill contains a painstakingly negotiated series of policy provisions educators are anxious to see pass. A no vote or the tabling of the bill would mean widespread pain.

PSEO stands for Post-Secondary Enrollment Options, a state program that allows 10th-, 11th- and 12th-graders to earn credit from Minnesota’s institutions of higher ed. The idea behind the 30-year-old initiative is to give students access to rigorous and specialized coursework and to college.

Research has proven that students who participate in PSEO are twice as likely to go on to higher ed and twice as likely to finish a post-secondary degree. And in an age of spiraling student debt, the program has legions of fans who believe more high schoolers would take advantage of it if they knew more. 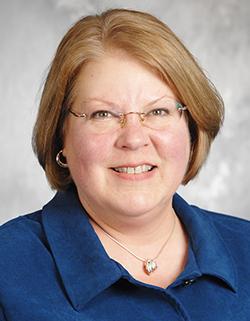 “This is just plain good for kids,” said Rep. Linda Slocum, the Richfield DFLer who proposed removing the six-word gag clause. “We wring our hands about the college debt and this is an effort to do something about that.”

Right now, state law says that colleges and universities can tell students and parents only about PSEO’s “educational and programmatic” advantages. They cannot extoll the fact that the state pays for the college courses, which means students can graduate from high school with two years of college completed — for free.

School administrators counter that the “free” credits cost $60 million per biennium — money they’d prefer to spend in their own classrooms. They object to the idea that colleges can “recruit, solicit and advertise” among their students.

The president of the Minnesota State College Student Association, Kelly Charpentier-Berg, participated in PSEO in 1995. The only reason she knew about the program, she said, is because the alternative learning center where she was finishing high school was located on the campus of Pine Technical College in Pine City.

When she graduated, Charpentier-Berg had 14 credits under her belt and the confidence to go on to college. Now as head of the student group, she hears frequent complaints from new high school grads who are upset that they didn’t know about the state-funded college credits while they were still eligible.

By contrast, high school students are frequently told that Advanced Placement, International Baccalaureate and college in the schools programs, all of which can shorten college tenure, are money-savers for students and families.

“For example, North St. Paul High School points out that via college in the schools, its students earned 1,286 college credits in the 2012-13 school year,” explained a letter to lawmakers signed by representatives of a number of education groups. “The [school’s] website explains, ‘This translates to a tuition savings of more than $595,000 for the families of those students who take advantage of this opportunity.’”

Plus, the vast majority of the PSEO money stays in public education. According to state data obtained by the Center for School Change, which has tracked the program for years, 84 percent of PSEO credits earned in 2013 were obtained from public institutions; 73 percent at the Minnesota State Colleges and Universities system (MNSCU), and 11 percent at the University of Minnesota. More than $23 million of the $27.8 million in tuition reimbursements went to state institutions.

At the same time, Minnesota college students have the fourth-highest level of debt in the nation, at more than $31,000 per student.

“As legislators, you often request a ‘fiscal impact,’” proponents of eliminating the gag wrote in their statement. “Providing fiscal impact information to families and students also makes sense.”

There’s long been bipartisan grumbling about the gag clause, but removing it had little traction until this year. As part of a series of tweaks to PSEO, Slocum got interested in a debate over how schools should “weight” the courses when grading.

PSEO’s appeal is part of the reason that schools have moved to adopt Advanced Placement and other college-level coursework. Yet PSEO was the only effort at increasing rigor that was singled out when it came to what administrators could tell students and families.

At the same time, the Center for School Change’s Joe Nathan was finding inconsistent compliance with a portion of the law that said high schools had to give students timely information about their PSEO options.

In its education policy bill, the state Senate ultimately voted to require better and more timely disclosure from schools. The House adopted Slocum’s proposal removing the words that limited what higher ed could say about PSEO.

The conference committee that reconciled the bills adopted both changes. The House last week adopted the entire package, even as a schism was opening in the Senate. Greater Minnesota DFLers, in particular, are said to fear that PSEO could cut into their already diminished enrollment.

Senate leadership, meanwhile, is said to have little stomach for what seems to be shaping up to be a fight. The various options supposedly under consideration for use as early as Tuesday morning include stripping the PSEO provision from the policy bill and tucking it into a “must-pass” provision such as the finance bill or sending the measure back to the conference committee.

For her part, Slocum wishes her colleagues in the upper chamber would just drop the hammer. “In education, you’ve got to follow the money,” she said. “It’s not about the kids, it’s about the adults in the room when you follow the money.”