News
Learning Curve
MinnPost’s education reporting is made possible by a grant from the Bush Foundation.
June 24, 2014 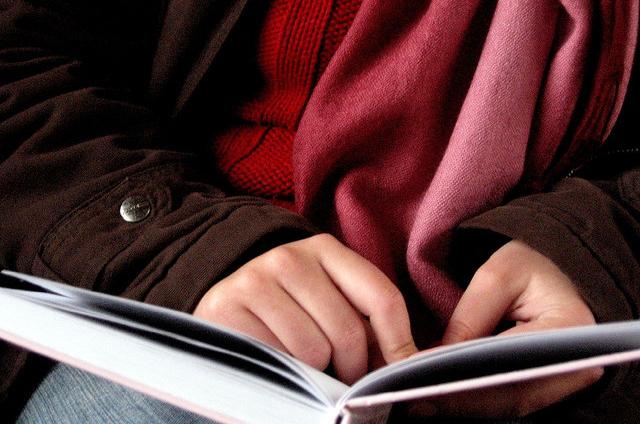 At its Tuesday night meeting, the Minneapolis Public Schools Board of Education will get harsh news about an external audit that found the district lacks the capacity to effectively provide even basic programming to its special-education students.

Conducted by the Boston-based District Management Council, the audit found that yawning shortfalls in literacy instruction throughout the district severely compound the challenges [PDF] facing its special-ed population.

A lack of capacity in teaching reading, in particular, is failing half the district elementary pupils overall. The weakness of the district’s literacy programming adds to already high hurdles the district’s 6,400 students with disabilities must vault to keep up with their peers.

The audit comes at a time of heightened attention to racial and socioeconomic disparities in discipline and special-ed services in school districts here and elsewhere. Both Minneapolis and St. Paul are under federal pressure to reduce the number of minorities — in particular African-American males — tracked out of mainstream classrooms because of relatively minor behavioral infractions.

The audit being presented at Tuesday night’s meeting does not address disparities by race, but does mention a disproportionate impact on low-income students. A quick review of the diagnostic categories affected, however, suggests that the challenges are not evenly spread among students with disabilities.

Though the report [PDF] praised district teachers and leaders for their “passion and dedication,” it also found that Minneapolis Public Schools’ approach to serving special-ed students is particularly costly.

The report, which was circulated Friday by district insiders, found a number of major problems with programming for pupils with disabilities, who make up one-fifth of the student body.

MPS spends more on special-ed services than similar districts, employs 1.7 times as many special-ed teachers, and segregates a disproportionate number of students outside of mainstream classrooms.

Students often receive basic academic instruction from educational assistants, who lack training. Frequently this coaching does not match up with the lesson being delivered in the regular classroom.

Isolated from the most effective teachers

Although all of this is done with good intentions, the report’s authors noted, it has the net effect of isolating struggling students from the most effective teachers. When they fall behind, special-ed students are often given “replacement” courses.

“By relying so heavily on a pull out/replacement model, the district risks that its struggling students are never exposed to grade level material or high expectations,” the report noted. “This is very detrimental to the achievement of students with mild to moderate disabilities, who account for the vast majority of students with special needs.”

As a whole, the district needs to re-envision its literacy instruction, the report recommended, establishing a baseline minimum level of academic programming and dramatically increasing the amount of the school day dedicated to literacy.

A popular strategy known as Response to Intervention, for instance, is very effective when 15 percent of the student body can’t read. Half of Minneapolis elementary pupils do not read at grade level, however.

It would be better, the council suggested, to provide a literacy instruction coach for all of the district’s 725 elementary teachers. The 49 coaches this would require would mean an initial outlay but would end up saving MPS $4 million a year.

And principals should be given both the flexibility and the mandate to create blocks of time for intensive literacy instruction. High-achieving urban secondary schools have had success reducing disparities by providing 90 to 180 minutes of reading a day until students have reached grade level.

Some 75 percent of secondary students with disabilities cannot read at grade level, the report found. This is the inverse of what is expected of large urban districts, which is that three-fourths should be reading at grade level. The disparity widens as students age.

Because they are most often taught by special-ed faculty who lack training in literacy instruction, even the district’s students with mild and moderate disabilities are likely to fall behind in English language arts.

When students cannot read, they can’t digest curriculum in other areas. They can’t perform math, conquer science or keep up in other areas, creating gaps that affect their entire academic career, the report noted.

“Reading is the gateway to all other learning,” the audit explained. “Writing, social studies and science cannot be mastered without strong reading skills. Even modern math is full of word problems; reading and math success are highly correlated.

“Research has shown overwhelmingly that strong core instruction coupled with early intervention in reading can change the trajectory of a student’s life; getting low-income students to read at grade level by third grade dramatically increases their chances of graduating on time. If students are still struggling to read at the end of third grade, it can be a lifelong challenge.”

MPS also needs a way to identify students who are behind in reading skills; its “focused instruction” strategy is not consistently understood or employed by teachers and principals, the report said.

“There is no consistent mechanism to identify struggling readers across schools,” it noted. “Some schools use benchmark assessments and others use classroom grades while others rely on the MCA scores. As a result, one student who may be identified as struggling in one school may not be identified as such in another school.”

Better use of data needed

The report deemed better use of data crucial for the district’s overall success in closing academic achievement gaps.

Many of the problems have their roots in good intentions, the report’s authors said. The district refers relatively few students out for specialized services, for instance. And the higher special-ed staffing and referral rates suggest a desire to meet a student’s needs often plays a role.

“MPS has dedicated and committed staff members who care deeply about the well-being of all students, especially those with special needs,” the report noted. “However, interviews suggested that, historically and culturally, there has been a separation of general and special education at all levels ….”

The District Management Council, the organization that conducted the audit at the request of Superintendent Bernadeia Johnson [PDF], also prepared a recent report on racial and socioeconomic disparities in district spending. At their last meeting, board members responded enthusiastically to the council’s presentation on weighted student funding.

Like the move to increase equity by having special-education and poverty-compensation dollars more closely follow students, efforts to overhaul district budgeting and special-education programming will require political backbone.

Community members packed a recent St. Paul Public Schools board meeting to protest that district’s policy of including as many special-ed students as possible in mainstream classrooms, for instance. Teachers complained they lacked tools to help meet the students’ needs, and to manage discipline; other districts have succeeded in this arena.

Board members are expected to hear community opinions on the topic Tuesday night.