News
Learning Curve
MinnPost’s education reporting is made possible by a grant from the Bush Foundation.
July 24, 2014 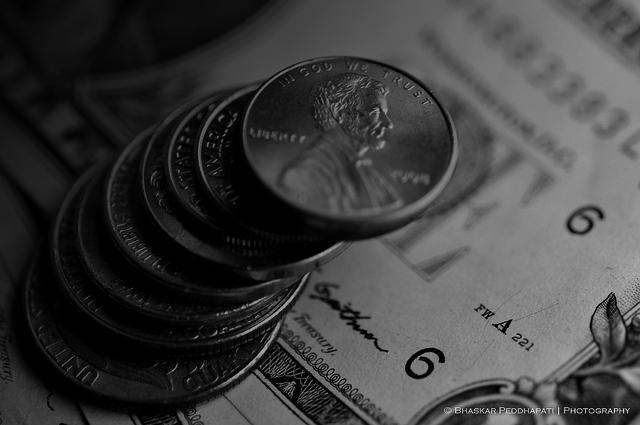 On Tuesday, the space carried a story about the upcoming Minneapolis School Board election. And I declared that the usual suspects — institutions able to put money, legwork and phone banking into the race — weren’t playing much of a role this year.

My phone rang and rang Wednesday and oh, how wrong I was. The money is there — it’s just so dark it’s pretty much invisible.

I’ve done a little canvassing to find out who will acknowledge spending on the race, but first a primer is in order.

In case you, like the rest of the electorate, became confused in the wake of the widely decried U.S. Supreme Court decision Citizens United, which opened the floodgates to the hidden cash: Dark money is spending on electoral contests that will not be made known to voters until after the elections in question, if ever.

The largest stream of dark money is so-called independent expenditures. It flows largely from a type of nonprofit known as a 501(c) 4, which is different from a 501(c) 3 like, say, MinnPost.

A 501(c) 4 may take in unlimited contributions and does not have to disclose them. And so long as it spends no more than 50 percent of its operating budget of political activities it can do what it wants without having to disclose its spending.

A group that would like to influence an election need only establish one of these nonprofits, to which it may donate freely. The dark money machines may not coordinate with the campaigns they seek to support.

Minnesota has a statute on the books requiring groups that engage in political spending to register as political funds or political committees. The law does not apply to local elections, which are governed by separate rules. The school-board race falls under Hennepin County’s reporting statute, 383.B, which is not unlike the state’s.

The registration rule is on the books, but when it comes to compliance, Citizens United left a gray area that, in the words of one local campaign-finance watchdog, “you can drive a battleship through.”

(Why aren’t there more watchdogs? Good question! I hear that your friendly independent nonprofit news site is in the throes of a sustaining member drive. Feel free to donate your way to more serious journalism.)

Incentive for donating to individual is lessening

One result of all of this is that there isn’t much incentive for organizations to donate to individual candidates anymore.

School-board candidates don’t have to disclose their fundraising until Aug. 5. The lone one to report significant donations in 2013 is at-large incumbent Rebecca Gagnon. She reported a campaign coffer of slightly more than $4,000, with no individual donation meeting the $100 threshold at which the name of the donor must be disclosed.

So who is spending and where? Again, since we’re talking about dark money what follows is going to be an approximation.

The education advocacy group MinnCAN has a 501(c) 4 partner, the 50CAN Action Fund. It has made what MinnCAN Executive Director Daniel Sellers characterized as a “small expenditure” this year on behalf of candidate Don Samuels. Sellers declined to be more specific, except to say that the expenditure consisted of printing literature.

Two years ago the group made an independent expenditure of $6,000 on behalf of then-candidate Josh Reimnitz, who was subsequently elected. This was widely depicted as “big outside money,” although Reimnitz’s opponent benefited from twice as much spending by labor union locals.

Sellers was quick to add that 50CAN is considering whether there are other candidates it wishes to support or other ways in which it may become involved with the election.

The local chapter of the group Students for Education Reform is canvassing on behalf of Samuels. The DFL has been phone banking, as have members of the Minneapolis Federation of Teachers (MFT) and Service Employees International Union (SEIU).

Education Minnesota, the state’s largest teacher union, has made no independent expenditures to date, nor has engaged in any campaigning. This may change as the race goes forward.

MFT President Lynn Nordgren did not respond to a request for comment for this story. In the last election cycle the Minneapolis union spent heavily beyond Reimnitz’s race. It spent some $40,000 on the election, and received a similar amount from its national parent, the American Federation of Teachers.

There are at least two supposedly grassroots educational advocacy campaigns that anecdotal accounts describe as involved in this year’s election. Neither is registered as a political fund or committee; MinnPost will report details as — or if — they become available.