News
Learning Curve
MinnPost’s education reporting is made possible by a grant from the Bush Foundation.
July 10, 2014 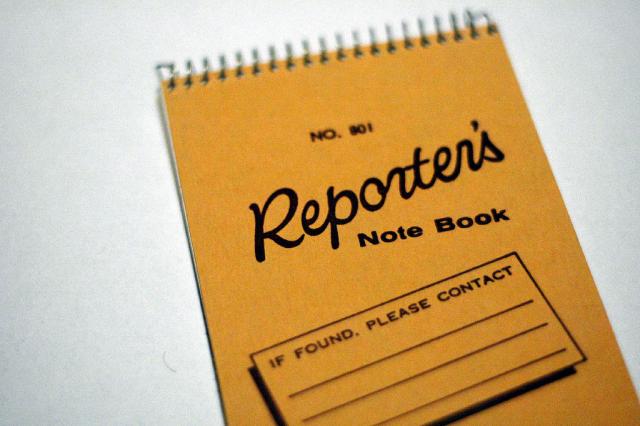 You’d think the life of an education reporter in July would be all beer and Skittles, wouldn’t you? That, with school out for the summer, we take a beach towel down to the lake and catch up on our reading.

The truth is with district staff thin, lawmakers campaigning back home and a news hole that refuses to go on hiatus we make eight times as many phone calls to come up with half as many stories.

In that spirit, today I offer you four slender items noted in passing.

Regular readers of this space may have cottoned to the fact that I have schemed, contrived, finagled and otherwise plotted to turn my job into one long nonstop outdoor adventure with the fun-makers at Wilderness Inquiry.

Alas, my editors seem to think that well-balanced coverage includes news beyond the educational benefits of canoeing, hiking, fishing and camping. To them I say: killjoys.

So I am only writing one paragraph about the fact that the organization’s founder and Executive Director Greg Lais has been named St. John’s University Social Entrepreneur of the Year. Maybe this well-deserved honor has something to do with the fact that over the past six years he has facilitated outdoor education experiences for 60,000 students in Minnesota and other parts of the country.

You might not have realized, but St. Cloud’s storied Roosevelt Education Center burned down near the end of the school year. I know this because I am a devotee of my counterpart at the St. Cloud Times, the talented Marta Jewson. You should follow her on Twitter. Go do it now. I’ll wait.

I am also a follower of the writings of St. Cloud School Board Chair Jerry vonKorff, who has an astonishing ability to cut through rhetoric on fraught topics. After you’ve read Jewson’s coverage of the discussion underway about replacing the high school, you should take a look at vonKorff’s blog for a terrific perspective on what it means in the bigger-picture sense to replace a high school of yesteryear with one designed for today.

Here’s a piece of news that’s likely to be interpreted either as a Horseman of the Apocalypse or the commencement of the Rapture. StudentsFirst, the education advocacy group started by former Washington, D.C., schools Chancellor Michelle Rhee, will no longer field a Minnesota staff.

Spokesfolk for the organization say that much like a political party looks at races it can win and assigns its resources accordingly, the group is focusing on states where it may have the biggest chance of having an impact.

This may or may not be worthy of the spilling of more pixels in coming days; Rhee moves in a swirl of controversy, often justified and often not. I can only imagine this will be depicted by some as a referendum. I don’t know enough to weigh in.

Right at this very moment there is just one thing I want to say: In my opinion, the fallout should not come to rest on the group’s local Executive Director, former state Senate Majority Whip Kathy Saltzman, who represented Woodbury as a DFLer from 2006 to 2010.

Saltzman was a tireless fixture at the state Capitol this past legislative session. With reporters’ ranks thinning, increasingly those of us trying to be multiple places at one time are dependent on policy watchers like her.

She knows the inner workings of the statehouse. She knows how bills move, what the possible outcomes are and the folly of too much speculation. Here’s hoping she lands somewhere in Minnesota’s education diaspora.

Wednesday marked the fourth anniversary of the death of Justin Aaberg, whose suicide after his experience of being bullied by classmates in his Anoka-Hennepin school marked a pivotal moment in efforts to enact a meaningful anti-bullying law in Minnesota. He was 15. His mother and district teacher Jefferson Feitek founded Justin’s Gift, a nonprofit working to ensure that other LGBT kids don’t endure what he did.