News
Learning Curve
MinnPost’s education reporting is made possible by a grant from the Bush Foundation.
July 11, 2014

If you’ve never met Julie Blaha, here are some things you should know:

She’s a fast talker, and she talks in concentric circles. You may think she’s departed entirely from one topic for another, but then back she zips to complete her point.

She’s crazy-smart, and her points are good so you end up wanting to sprint a little bit mentally to keep up with her.

She is possibly the funniest woman in education leadership circles in the upper Midwest. She’s capable of rendering even a seasoned journalist helpless with laughter, and thus unable to impose a linear structure on the conversation.

Sample quote: “Math teachers — we’ve been sharing assessments for years. We’re like, ‘None of our people got question No. 14.’ ‘Oh, yours did? What did you do?’ By the way — PLCs — boom! That’s it right there.” PLCs being professional learning communities, the more conventional explanation of which could palaver on for hundreds of snoozy words.

In the same breath that she is cheerfully describing her attention deficit disorder, she is also talking about how she learned to tap it to make her teaching great.

And you can totally see it, this hyperkinetic woman at the front of a classroom of sixth-grade physics students. She’s got toys, she can make things explode — she’s all over that student engagement thing.

It does, however, make a traditional “exit interview” with the outgoing president of the Anoka-Hennepin School District’s teachers union the journalistic equivalent of a game of Twister.

And so … backing up to try to back into a more conventional narrative:

For the last four years, Blaha has been president of Anoka-Hennepin Education Minnesota. Because that somewhat fusty name makes its acronym AHEM, its Twitter handle is its affiliate number, @7007, which allows Blaha to crack spy jokes.

AHEM limits its officers to four two-year terms. Blaha is only halfway through that, but decided to step down because she feels it’s a pivotal moment in the district’s evolution.

This is somewhat unusual for a teachers union leader. Many serve at a later phase of their careers, and don’t return to the classroom. If they leave their locals it is often for regional or national leadership.

“When I go back into the classroom, I’m going to have to touch every single thing I have done,” says Blaha. And she’s OK with that. In fact, if anything more energized.

From professional-development overhaul to lobbying

Her skill set, she says, was perfect for what transpired during her four-year tenure. Which is a lot. She helped to craft a sweeping overhaul of teacher professional-development programs, a feat which then earned her the job of two successive campaigns to get AHEM’s members to sign on.

She was a fixture at the Capitol, where she lobbied against the constitutional prohibition on gay marriage, for marriage equality and for the state’s new anti-bullying bill. Going forward, she will be the Education Minnesota representative on the panel tasked with monitoring the bill’s implementation. 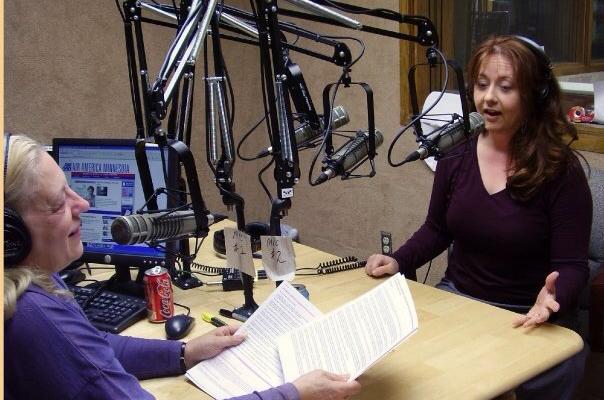 She helped the district pass a levy during a recession. She helped to design and implement a teacher evaluation system. And she lead the charge to create a novel structure for including the public in contract negotiations.

Superintendant Dennis Carlson retired at the end of the year, so Blaha’s stepping down also allows new leadership going forward all around.

Most visible, however, Blaha led the union through the brutal, wrenching controversy over student suicides and a federal lawsuit over the district’s “neutrality” policy on LGBT issues.

And here Blaha takes a sober little pause in the conversational circling. With headlines full of controversies involving teacher tenure, her community is an example of why the protection is important.

Anoka-Hennepin faculty would have been hard pressed to talk to the Southern Poverty Law Center and Faegre Baker Daniels, the law firms that brought the suit, if speaking truth to power cost them their jobs, she notes.

“Our administrators were asking us to talk about issues that are very sensitive, very difficult,” she says. “Union reps sat next to teachers while they were interviewed. … Administrators would not hear what they needed to hear if the teachers hadn’t had protection.”

Even with contractual protections, reprisal can be a very real thing. At the very least its mere possibility generates fear, which Blaha notes, “messes everything up.”

How? “My lowest moment as a teacher: A kid used the F word in class. Here I was the former president of NOW. I’m the vice president of the union and I have enough ADD to react quickly. But I hesitated.”

The first and second thoughts in that split-second of hesitation: “I knew the student’s parents would call [her boss]. But I knew my principal would back me.”

A further way in which fear compounds things: “If I can’t tell a story about my lowest moment as a teacher, I can never get better.  That’s where you get real change, is when you can acknowledge your weak points as much is your strength.”

Worse, the fear seeps out into the student body. Before the settlement of the lawsuit Blaha was at the head of a classroom when one student barked that another one’s mother was a dyke. She didn’t flinch or hesitate, and in the ensuing weeks the student began talking openly about her lesbian mother and another came out.

“That was an important moment,” she says. “It’s those little effects that add up over time.”

Keeping teachers in the classroom

And on the concept of fear and suspicion Blaha zips to another curve in her concentric circle. The first hurdle to enabling great teaching is getting teachers to stay in the classroom.

The centerpiece to Blaha’s work on teacher evaluations and professional development is making sure that at every step of the process teachers feel they are interacting with educators who understand their work and their challenges.

“Why won’t people stay?” she asks. “This is one more reason why good professional development is so important: It’s so important to feel there’s someone there who knows you.

“You hear a lot of rhetoric about great teachers,” Blaha continues. “We’re not great all the time. We need support while we are learning to be great, too.”

And here she has a suggestion for the education-reform community: “I’m afraid teachers disengage from the education-reform discussion because they lack that practical application classroom. If people are really serious about improving schools we have to get past that and really talk about what that looks like in practice.”

This prompts a digression involving the numerous union supported levy campaigns during her time as president. Which prompts the story about a small tweak — a gizmo that amplifies the voice of an elementary teacher whose students’ hearing has not yet matured — that wrought wonders.

“As a union president you don’t have the luxury of living in the world of ideas,” she says. “I see a lot of people who like to chat about education, but we need people who work in the classroom.”

That kind of sweeping, summary quote is usually the conclusion of a conventionally structured profile. Before we say goodbye to Blaha, however, let’s return to the business of being funny.

When Blaha was a girl, her mother thought she ought to be on stage. Wanting to flex a little a few years into her teaching career, Blaha took improv lessons. Later, she wrote her master’s thesis on using comedy to increase creativity in mathematics.

The first exercise was called the spacewalk. Participants walked around a large space practicing connecting with people nonverbally.

“The next day at school walking down the hallway I noticed students smiling at me,” she says. “I was communicating that I noticed them.”

Another improve lesson involved the maxim that you are funniest when you make your comedy partner look good. Blaha knows from talking to kids who engaged in bullying behavior that when one student insults another it’s sometimes a misfired attempt to fit in by being funny.

“It’s giving people the ability to be funny with you versus against you,” she explains. “Not everyone has to laugh but no one can cry. Think about that in the classroom. If we could make people feel comfortable and feel welcomed?”

And here we get for real to the concluding summary quote. Improv actors, Blaha explains, are trained to look for moments in a skit or a routine where action pivots. Tilt your worldview a little and you will realize that they are nothing more than comedic openings.

“In comedy, change is fuel,” says Blaha. “How great would it be if we saw change as an opportunity?”