News
Learning Curve
MinnPost’s education reporting is made possible by a grant from the Bush Foundation.
Aug. 12, 2014 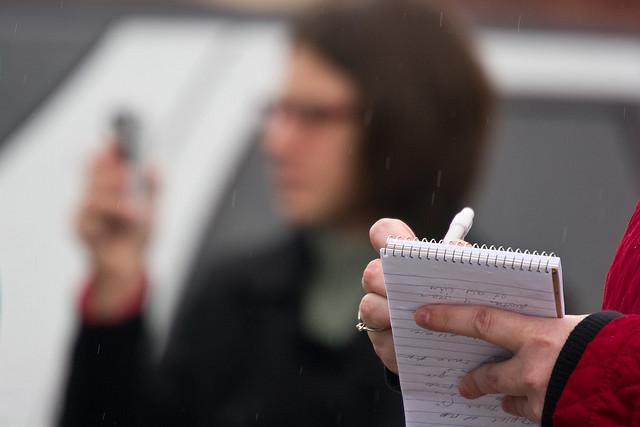 CC/Flickr/Roger H. Goun
In both our fair central cities, the school year will open with a different cast of characters on the education reporter front.

Did you realize that in less than two weeks children in Minneapolis and a number of other communities go back to school? Typically, at this point in the dog days of summer education reporters are sharpening their pencils and using them to write up lists of back-to-school story ideas.

Not me. Over the summer there have been a number of changes in the education media landscape. In both our fair central cities, the school year will open with a different cast of characters. As a result, I’m sitting around contemplating the transition with the same fears as a soon-to-be middle schooler. How am I going to get through the day without familiar faces? Will I get along with the new kids? How quickly will a teacher’s pet emerge?

The tumult started last spring with news that Lynda McDonnell, director of the excellent incubator ThreeSixty Journalism, which primes a diverse pipeline of high school reporting prospects, would be retiring.

McDonnell left the program, which is housed at the University of St. Thomas, in great shape with an energetic and talented publications coordinator, Thomas Rozwadowski, and solid enough footing to attract a new honcho, Chad Caruthers.

The next shoe to drop was McDonnell’s husband, Steve Brandt, who has left his post as the Star Tribune writer covering Minneapolis Public Schools (MPS). Brandt is returning to reporting on city affairs — a choice beat for a guy whose knowledge of City Hall is eclipsed only by his understanding of Minneapolis’ neighborhoods.

Brandt and I have enjoyed any number of friendly rivalries over the years — including a contest to control the extension cord that keeps the press corps juiced up at school board meetings.

I already miss him. And I will likely be forced to let his replacement, Alejandra Matos, plug in first for a while just to be neighborly.

Also changing gigs is Mila Koumpilova, who is vacating one of two St. Paul Pioneer Press education writing posts to take a job as the Star Tribune’s new immigration reporter. A new citizen herself, she’s a first-class talent — a thorough reporter skilled at unpacking serious research and at folding incredible nuance into a story.

In short, Koumpilova did not leave a lot of competitive room for a sister looking to write about St. Paul schools; expect MinnPost to see her departure as a pocket of emerging opportunity on the education beat.