News
Learning Curve
MinnPost’s education reporting is made possible by a grant from the Bush Foundation.
Oct. 9, 2014 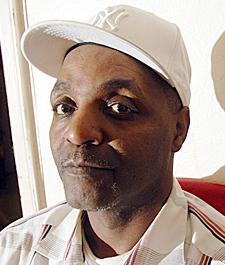 Dissatisfied with answers on the record to date, a group of African-American leaders has called on Minneapolis Public Schools (MPS) to answer questions regarding no-bid contracts worth $405,000 awarded to a controversial community group in May.

In an open letter to state and district officials [PDF], the Black Education Advocates called for a third-party investigation into the district’s decision to award the contract to the Community Standards Initiative (CSI), an effort led by activists Al Flowers and Clarence Hightower.

Superintendent Bernadeia Johnson has yet to address the matter publicly. Thursday’s letter called on her and MPS board members to explain why the contract was placed on the school board’s consent agenda, which by law is supposed to contain routine business matters that don’t merit public discussion.

“The CSI contract matter clearly warrants a full, independent, third-party investigation and an evaluation of the circumstances by which other contracts have been awarded by MPS in previous months and years,” the letter states.

“The public should also be made aware of the role that each school board member played in lobbying for the CSI contract and approving said contract,” it continued. “Finally, we would like to see a robust evaluation of district policies in awarding contracts and greater levels of transparency and accountability inserted into the process.”

MPS leadership could not be reached for comment by press time; responses will be appended to this story as they become available.

Separately this week GOP state Senate leaders called for ethics probes into allegations that Minneapolis DFLers Bobby Joe Champion and Jeffrey Hayden threatened to hold up state aid if the contract was not issued.

And Sunday angry community members staged a protest outside the New Salem Baptist Church, where a gathering was under way to support the senators. Protesters called the agreement “hush money.”

Champion and Hayden have said they supported CSI’s work but object to characterizations that they strong-armed district leaders. Attorney Champion was representing Flowers in the wake of a highly publicized July encounter with police. 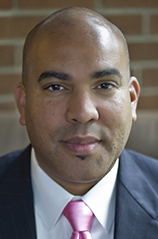 Flowers’ group, which had no phone number, website or legal structure, said it wanted to promote positive behavior in schools and neighborhoods. District leaders warned Johnson that CSI was unable to describe its plan, and lacked capacity to do the work.

The signatories to Thursday’s letter also asked why the district did not act in the six weeks between a MinnPost story revealing the contract’s existence and a September Star Tribune story outlining CSI’s failure to comply with its terms.

The letter was signed by Nekima Levy-Pounds, a professor at the University of St. Thomas Law School and director of the Community Justice Project, former school board member Chris Stewart and leaders of the organization Students for Education Reform, among others.

A year ago the MPS leadership team urged Johnson not to enter into an arrangement with CSI, noting that the organization could not “articulate or demonstrate what they will be doing in our schools” despite support from district staff. In February, MPS spent $30,000 on a program manager to help CSI develop a plan.

Community members began asking questions about the district’s relationship with CSI after Flowers’ July altercation with police. A longtime critic of the district, Flowers had been seeking the money for three years. 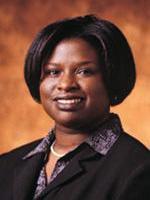 In April 2013, board member Rebecca Gagnon spoke in favor of funding for CSI at the state Legislature. In the September Star Tribune story announcing MPS’ decision to terminate the contract, she expressed disappointment, saying she hoped there had been a miscommunication.

Board members did not discuss the consent agenda at their May meeting, but it is clear from MinnPost’s interviews with ranking district officials before this publication’s July 30 story divulging the contract’s existence that other board members were aware of the agreement.

There are few clues in a document posted to Insight News, represented to be a transcript of MPS responses to questions from the Star Tribune. The responses say that CSI was not awarded a contract in 2011 because its work was not aligned with district priorities and the program was unsustainable.

“Throughout the process we expressed concerns about the large scope of work and the need for expertise and support from other governmental bodies and agencies,” the talking points said in response to a question about the 2014 contract.

In the wake of the revelations, other community groups have expressed outrage at the size of the contract, against which one $46,000 payment was made. Adding insult to injury, many also questioned why, in a budget approved at the same May board meeting, MPS dedicated half as much to the long-sought Office of Black Male Student Achievement.

In August the state Department of Education issued results from 2014 assessments that showed no progress in academic proficiency among the district’s African-American students; 19 percent of them passed math tests and 21 percent reading.

At some north Minneapolis schools, black male proficiency rates are in the single digits, the letter noted.

“Results like these demand leadership that is competent, focused, and honest,” it said. “It is a crying shame that while adults play political games for self-enrichment and to increase their personal influence, Minneapolis students are suffering and their potential is being stifled ….

“We need to know if elected leaders threatened the withholding of funding from the public schools, and if the superintendent gave away nearly $400,000 to a non-existent program that her staff warned against funding.”