News
Learning Curve
MinnPost’s education reporting is made possible by a grant from the Bush Foundation.
Oct. 14, 2014

At the end of a presentation on Historically Black Colleges and Universities given by Dr. Ivory Toldson in St. Paul last week, graduates of those schools’ higher ed programs were asked to stand. A broad swath of the audience — including what seemed like a Who’s Who of Minnesota education advocates and policymakers — stood.

Toldson, the deputy director of the White House Initiative on HBCUs, had been invited to visit the Twin Cities to speak on what lessons from the storied network of African-American institutions could be applied to Minnesota’s K-12 education system.

“Learning and Teaching with Fire: Lessons from Historically Black Colleges and Universities and Tribal Colleges and Universities,” which also featured a discussion of best practices at Native American institutions, was a joint undertaking by the African American Leadership Forum, the United Negro College Fund, Migizi Communications, St. Paul Indians in Action and the Center for School Change.

Rising from their seats all around Toldson were living examples of his message — an uplifting display about what’s possible when students have strong relationships with faculty who look like them.

There was just one problem with the picture, one that many in the room quickly identified: If the people standing graduated from those institutions today, they wouldn’t be able to get a teaching license in Minnesota.

Board of Teaching ‘dragging their feet’

Dr. Mitch McDonald, a social studies teacher at St. Paul’s Johnson High School, was just one of the many examples of how Minnesota long dealt with those who graduate from out-of-state programs. When he first got to Minnesota, he was told his HBCU degree did not qualify him to teach. He began his career, he told the audience, as an unlicensed “life skills” instructor at Minneapolis’ Patrick Henry High.

The first bill Gov. Mark Dayton signed after taking office in 2011 was supposed to fix this. Among other provisions, the new law directed the state Board of Teaching to create a streamlined mechanism for issuing licenses to teachers trained in other states.

Previously, teachers from other states were frequently told they needed a graduate degree from an approved Minnesota institution. A few were able to make it through the byzantine process, which required them to supply information such as college course syllabi in order to prove their out-of-state degree was “substantially equivalent” to a local one. Yet “equivalence” was not defined, and applicants were rarely told why their credentials were rejected. 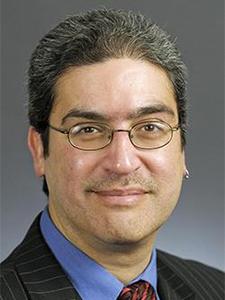 After repeated threats of legal action, the board announced in April of this year that it had finally created a so-called “reciprocity” process and would begin issuing licenses to a growing backlog of applicants. Yet there is still no information on the board’s website, and teacher applicants from elsewhere say they are still being told to go get Minnesota degrees.

The governor appoints the members of the board, most of whom represent traditional teacher-prep programs and teacher union locals, and at the HBCU event, Rep. Carlos Mariani Rosa suggested attendees of the event make their concerns about the board’s inaction known to Dayton. Mariani Rosa, a DFLer who represents the neighborhood where the event took place, says that he “got beaten up” for authoring the legislation in question.

“We gave some important tools to the [state] Board of Teaching on this, and frankly, they have dragged their feet on it,” said Mariani Rosa.

Learning from the successes of HBCUs and Tribal Colleges

Toldson’s presentation wasn’t just a reminder of the consequences of Minnesota’s policies, however. In fact, the main purpose was to show the success HBCUs and Tribal Colleges have had when it comes to training teachers.

“It’s unique,” said Migizi President Elaine Salinas. “No one is looking at the HBCUs and Tribal Colleges to ask about their success, and both have much higher success rates than K-12.”

At HBCUs, according to Toldson and Brian Bridges, vice president for research and member engagement at the United Negro College Fund, faculty-student relationships drive success in many ways.

“Black males doing well in school said their teachers respected them, gave them extra help and were comfortable talking to them,” said Toldson. “Versus schools where teachers were apprehensive or fearful of students they teach.” 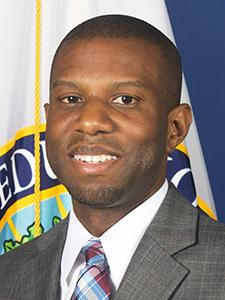 Faculty are more likely to practice “intrusive advising” — approaching students and asking about their activities and aspirations — than faculty at mainstream colleges, who often wait for students to seek them out.

While the popular notion is that black male teachers are important because they can serve as surrogate fathers, he continued, a bigger value is that having that perspective on a faculty helps other teachers understand it.

“The consensus is we want a more diverse teacher force,” he said. “But it’s not good that we want it [so as to] to assign students [to teachers] based on race, taking black students with perceived behavioral problems and putting them in the black teacher’s class.”

Both HBCUs and Tribal Colleges have higher graduation rates in hard-to-fill STEM (science, technology, engineering and math) occupations, producing the lion’s share of black PhDs in those areas. In part this is because they put less academic pressure on students in the early years.

Other schools narrow the field of candidates for those popular majors by setting a bar for rigor in those courses that is prohibitive to students who did not get top-flight preparation in high school.

“You can make any major as easy or difficult as you want,” said Toldson. “STEM curriculum is not hard by necessity, it’s hard to reduce numbers. They’re weed-out courses designed to shrink the number of students.”

Students arrive at HBCUs having had fewer opportunities to persist and ultimately succeed, he said: “HBCUs understand that some students need to develop. An F on the test does not mean ‘One and you’re done.’”

Bill Wilson, director of St. Paul’s very successful Higher Ground Academy, makes a practice of hiring new graduates to work as classroom aides while they are earning their degrees, whether in teaching or another field.

Like the HBCUs, Tribal Colleges are priming the pipeline of educators, Billy said: “In 2002, Oglala Lakota College on the Pine Ridge Reservation in South Dakota established a master’s degree in Lakota Leadership and Management with an emphasis in education administration to prepare state-endorsed school principals.

“Since then, the college has graduated 49 principals, 90 percent of whom are employed in schools with a majority of Indian students on North and South Dakota reservations,” she continued. “As of January 2013, there were 136 Native teachers of a total of 322 teachers teaching in elementary schools on the Pine Ridge Reservation. Of those Native teachers, 123 or 90 percent are OLC graduates. The college has also graduated 123 associates in elementary or early childhood education who work as paraprofessionals in the local schools and as Head Start teachers.”

Both higher ed networks need the same thing from public education here and elsewhere: fewer underprepared high school graduates. Not only are high schools serving predominately poor students far less likely to offer the minimum programming colleges want to see among applicants, they are more likely to be staffed by unqualified teachers and experience higher rates of teacher absenteeism.

“The reality is that about two-thirds of all Tribal College students — the majority of whom have high school degrees — test into at least one remedial education course, while many of these students face significant deficiencies in both math and reading,” said Billy. “Yet within one or two years many students who come to the Tribal College at a sixth- or even fourth-grade academic level are ready to take on college-level courses.”

The conference was the outgrowth of 40 years of interest on the part of the Center for School Change’s Joe Nathan, who realized during his youthful activism that many leaders of the Civil Rights Movement were HBCU graduates.