News
Learning Curve
MinnPost's education reporting is made possible by a grant from the Bush Foundation.
Oct. 13, 2014

To all of the pixels that have been spilled in this space in recent weeks concerning the unprecedented amount of money being spent to influence essentially one competitive Minneapolis School Board race, add a few more.

The other candidates are incumbent Rebecca Gagnon, who finished first, and Ira Jourdain, who trailed by a wide margin.

As reported previously in this space, the four-way contest may see spending of a quarter of a million dollars or more — an amount exceeding what’s typically spent on state legislative contests and easily 10 times what counted for hefty spending a few years ago.

Some $175,000 of the money is expected to come from labor unions — much of it from the national American Federation of Teachers — and the DFL. The rest includes two out-of-state donations, one from a member of the board of Students for Education reform and another from a member of Teach for America’s board. 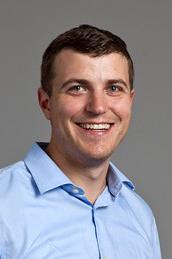 The chair of the brand-new political expenditure fund, Daniel Sellers, declined to say how much the group may spend or where the funds are coming from except to offer some general information. Sellers is executive director of the education advocacy group MinnCAN, which is associated with a political committee that has also made expenditures to influence the race.

The group’s board is made up of Minneapolis Public Schools stakeholders, including alumni, parents and teachers. Sellers serves as chair, parent activist Seth Kirk as treasurer and children’s rights activist Tiffany Flynn Forslund as secretary.

The money is coming from a mix of local and national donors, Sellers said, which will be disclosed directly on the upcoming required pre-general campaign finance filing. The Koch brothers are not on the list, nor are any hedge fund managers.

“There’s nothing going to be hidden about it,” he said. “There won’t be any organizational pass-throughs where you have to go digging. We will say exactly who the donors are and where the money went.”