News
Learning Curve
MinnPost’s education reporting is made possible by a grant from the Bush Foundation.
Nov. 14, 2014

There is a very opinionated education policy blogger — from Baltimore, no less — keeping tabs on the over-suspension crisis in Minneapolis Public Schools (MPS). And, while it chaps my competitive hide to admit it, he’s doing a better job than the locals.

RiShawn Biddle is the force behind Dropout Nation, a website and podcast where the American Spectator contributor and former Indianapolis Star editorialist tracks numerous education issues.

If you are tracking efforts by MPS and other Minnesota districts to curb shocking disparities in punitive school discipline, you’ll want to spend a little time with Biddle’s writing. He has dissected MPS’ response to the problem—and to the heat the Obama Administration has brought to bear on it—with a level of depth no local writer has so much as approached.

This week, Biddle has a lengthy piece up that calls Superintendent Bernadeia Johnson’s announcement that members of her staff will review nonviolent suspensions of African American, Latino and Native American students going forth.

The announcement came as MPS was preparing to approve a “voluntary compliance agreement” with the U.S. Department of Education’s Office of Civil Rights, which has been investigating the racial disparities.

Last year, the district suspended or expelled 4,896 students: 3,801 African-Americans, 372 American Indians, 292 Latinos and 328 whites. All but 5 percent of the suspensions were for disruptive or disorderly conduct.

Black and brown students are disproportionately tracked into special education under catchall diagnoses that include defiant or stubborn behavior. Often they are segregated into isolated classrooms or buildings. Few graduate.

To those grim statistics Biddle adds some more that will leave you gasping for air. The files that will cross the desks of Johnson’s team will not include the staggeringly disparate number of police arrests and referrals to the juvenile justice system, he notes. Nor has local coverage noted the even greater gaps for children of color in special education: 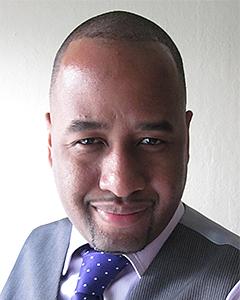 “On average, 6.6 percent of Minneapolis’ special ed students were referred or arrested, a rate nine times higher than the eight-tenths of 1 percent average for kids in regular classrooms. Reviewing suspensions alone isn’t enough to address the totality of the district’s school discipline issues.”

Depressed? There’s more. Biddle calls Johnson’s announcement that suspensions of children of color a step in the right direction, but says it’s not nearly enough.

For starters, he argues that white children should have been included: “No child, regardless of their background, should be subjected to harsh discipline that is inappropriate for the behavioral issue at hand.”

Beyond that, he makes an observation that’s not unlike one voiced at Monday’s MPS school board meeting by outgoing board member Mohamud Noor: “The review will likely involve staffers who have been as much a culprit in the overuse of suspensions and expulsions in the first place; unless Johnson launches a division staffed by outsiders who can take a fresh look at how school leaders and teachers mete out discipline, the review process will just be a rubber stamp of status quo actions.”

And speaking of fresh looks, Biddle has thoughts about the roots of the problem that few have dared whisper here. Behavioral challenges will continue until MPS does a better job teaching its students to read, he predicts.

As was reported in this space over the summer, a scathing audit of MPS’ special education programming noted that the district is failing its disabled learners in part because it is failing a majority of its students in basic literacy. This in turn sets them up for more failure: If you can’t read by third grade, the rest of school is nigh impossible.

Here, too, Biddle’s got the goods. In a study released in 2006, the dean of Stanford University’s education school and a doctoral candidate found a direct correlation between illiteracy and problem behavior in first, third and fifth grades, he reported.

(Others have characterized this correlation as a chicken-and-egg phenomenon, with the two deficits serving as reinforcing catalysts. And, not that anyone ever asks, but frequently it jibes with the kids’ descriptions of the experience.

And if that’s not enough, Biddle has some thoughts on MPS’ reading curriculum. Now most of you out there in the cheap seats probably did not realize that the REAL controversy in education is over the teaching of reading.

Proponents of an approach often referred to as “whole language” advocate giving students good works at their reading level; a passion for learning, the theory goes, will take over. The other side would teach phonemic awareness and other skills that allow kids to deconstruct words, sentences and passages.

Why not teach both is a good question—for another day. And is actually at the heart of much of the din about the Common Core State Standards. For now know that it’s like the Sharks and the Jets except the word pedagogy gets thrown around a lot.

Biddle has thoughts on MPS’ “guided reading” curriculum, which boil down to: You’re not gonna get there from here. If you’ve read this far, chances are you’re interested enough to visit Dropout Nation for the longer version.