News
Learning Curve
MinnPost’s education reporting is made possible by a grant from the Bush Foundation.
Nov. 12, 2014 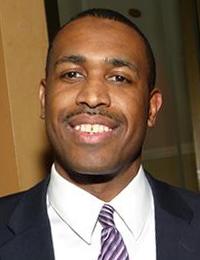 Just before the start of the school year Eric Moore, who is Minneapolis Public Schools’ data guru, gave a presentation to a group of principals. He was hoping to sell them on a digital dashboard his office has been creating that puts an astonishing array of information in one user-friendly place.

He was clicking through the section that allows school leaders to look at suspension and discipline referrals broken down by race, disability, homeless or highly mobile status and a host of other factors when the principals stopped him.

Contrary to popular wisdom, in many schools reports of discipline peak on Thursdays, the data showed. The blip meant little to Moore, but drew a swift response from the principals.

Thursdays are when younger students in schools that use popular rewards systems learn whether they have earned enough points — or tickets, coupons, stars or what have you — to participate in end-of-the-week fun. Kids, the numbers suggested, were reacting to news that they would be excluded from the pizza party or movie hour.

The data also showed that it’s not true that discipline referrals for older students spike near holidays, as has been presumed. Rather, they jump as the end of each quarter approaches, which is the time grades go in.

The principals immediately fell to discussing whether some time-honored strategies were in fact backfiring and what to do about it. The data, Moore pointed out, would also help them track which interventions worked best with different student populations.

“They started to have a higher-level conversation,” Moore reported. “Perhaps that’s not the best way to motivate students.”

Technically, the agreement approved by the school board ends an investigation by the U.S. Department of Education’s Office of Civil Rights. In practice, it’s a roadmap to how the district will begin asking the adults in the system to reconsider some bedrock beliefs about race, behavior and school culture.

The reason for 95 percent of exclusions is disruptive or disorderly conduct — nonviolent behaviors for which African-American kids are most singled out. A student kept out of the classroom three times by ninth grade is virtually guaranteed not to graduate.

After several disruptive episodes, African-American, Latino and American Indian students are disproportionately tracked into special education under catchall diagnoses that include defiant or stubborn behavior. Often they are segregated into isolated classrooms or buildings.

The federal Office of Civil Rights has tracked educational equity for almost four decades. This year for the first time its database includes every school in the country and breaks data on discipline down by seven racial and ethnic categories.

Intent to crack down

Supposedly galvanized by Trayvon Martin’s killing, in the last year President Barack Obama has issued a series of orders signaling his intent to crack down on disparities in the remainder of his second term. Last winter, he announced a crackdown on inequities in school discipline.

District leaders see the agreement as an enhancement to a series of changes already under way. A year ago, the school board voted to adopt a new behavior standards policy.

Several weeks later MPS formally began working with the Minnesota Minority Education Partnership’s Solutions Not Suspensions campaign. Over the summer representatives from every school in the district began training on new strategies designed to keep students engaged and in class.

The changes will test principals, teachers, social workers, district administrators and parents. A similar effort under way in St. Paul Public Schools was the focus of a loud protest at a board meeting last spring. 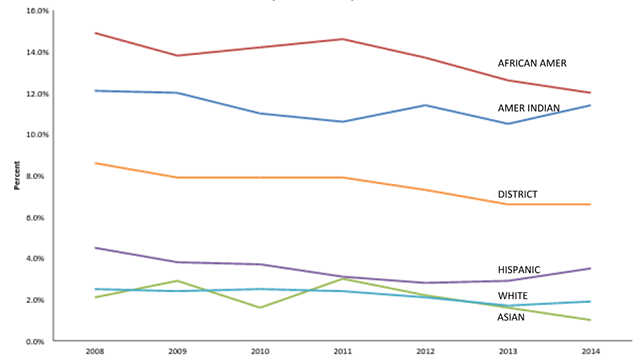 The St. Paul district a year ago told schools to stop disciplining students by sending them out of the classroom and to mainstream most special-education students. It did not do a good job of providing teachers with the tools they needed to keep students with problematic behaviors from bringing class to a halt.

A much smaller outcry was heard in September when MPS Superintendent Bernadeia Johnson announced a moratorium on suspensions of preschoolers, kindergarteners and first-graders.

By definition children that age are still learning how to behave in school, Johnson said. Some teachers expressed concern that they would not get support needed to keep disruptive pupils from commanding class time.

Staff buy-in is crucial. According to officials at the Minnesota Department of Education, which has been training schools on positive discipline for a decade, 85 percent of the faculty in a building must be on board for the climate to shift.

The school cooperatives that provide services to Minnesota’s neediest students, those with violent behavior or severe mental health issues, have been astonishingly effective at teaching the grown-ups in the building to elicit positive behavior.

The changes aren’t easy, however. Like most societal institutions, schools are populated by adults who likely grew up experiencing punitive discipline. And most lack alternatives to sending a child out of class.

Nor is there a single solution. Mounting research suggests that the ultimate remedy is for every student to be engaged and challenged in class, which presupposes any impediments to learning are being addressed and that they are in front of an effective and culturally responsive teacher, and in a building with a strong and positive culture.

The three-year agreement with the feds isn’t the first such agreement MPS has entered into. And it is not the only one currently seeking to help a Minnesota school district do an about-face on a systemic issue. Nor are schools the only institutions to experience federal intervention.

Anoka-Hennepin Public Schools are currently halfway into a five-year agreement with two federal agencies that commits the district to take a number of steps to protect students from harassment based on their perceived sexual orientation or gender identity and to make schools safer and more welcoming.

And while parents and teachers report mixed progress in Anoka-Hennepin schools, a vocal group of community members continue to demand that the district curtail any activities or speech that affirms LGBT youth or adults.

Jim Hilbert is the executive director of the Center for Negotiation and Justice at William Mitchell College of Law and one of the architects of the landmark legal settlement of an educational adequacy suit brought by the Minneapolis NAACP in the late 1990s. The new agreement sounds like a step in the right direction, he said.

“The advantage to both the district and the Office of Civil Rights and the people affected is that this is happening now, vs. after years of legal battle,” he said. “And unlike a settlement between private parties, there is an ongoing monitoring mechanism.”

‘This is what is required’

Plus, the existence of a legal agreement with a federal authority can help leaders faced with reluctant followers: “It provides meaningful cover for the administration to go to the teachers and everyone else involved and say, ‘This is what is required.’ ”

Two decades ago, MPS entered into a similar agreement with the same U.S. agency in an attempt to curb racial disparities in students referred for special-education services. Black and brown children are still grossly overrepresented in special ed.

More famously, in the late 1960s and early 1970s police and fire departments in Minneapolis and St. Paul were the subject of consent decrees, a different kind of legal mechanism settling lawsuits seeking an end to discrimination against women and minorities.

Results, of course, have been mixed. The Minneapolis Police Department has been in national headlines this week following suggestions from a retired officer that Mayor Betsy Hodges threw gang signs. The head of the police union has backed the suggestion. The chief, who may or may not have been a collateral target, is a lesbian with Native American roots.

As in the Anoka-Hennepin settlement, the MPS agreement commits the district to collecting and reporting detailed data on school climate. With Moore’s data already illuminating opportunities for change, the work would appear to be under way.