News
Learning Curve
MinnPost’s education reporting is made possible by a grant from the Bush Foundation.
Dec. 8, 2014 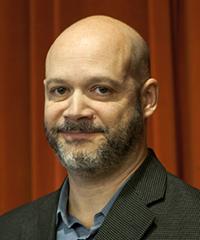 At a recent meeting of the Minneapolis School Board, Alberto Monserrate voted in favor of a new five-year strategic plan for closing the district’s yawning achievement gap. He ranted a little bit before he did so, however, saying he was skeptical the district could pull off the needed turnaround.

The strategic plan was replacing one adopted when Monserrate was an education activist serving on the founding boards of three different charter schools, including the very successful Hiawatha Leadership Academies. (Obligatory Kramer Disclaimer: Although at that point Hiawatha was a single school with no staff related to MinnPost founders Joel and Laurie Kramer, it is now a small network run by their son, Eli Kramer.)

The night that earlier plan was adopted, Monserrate stood before a differently configured board and expressed doubt they could create systemic change — as well as the fervent wish he be wrong.

Fast-forward seven years and much has changed. And though he voted for the new plan, Monserrate expressed disappointment that, despite everything, outcomes on the state’s 2014 exams rose ever so slightly. He is no longer convinced, he told those in attendance, that a sprawling institution like Minneapolis Public Schools can be turned around.

Tuesday, Monserrate will participate in his last full board meeting. Next month he will leave office after a single term that includes two year-long stints as board chair. He will return to the role he had before his election: outside advocate and critic. Now as then, he will bring a healthy dose of skepticism to his work.

What follows is an edited transcript of an exit interview with Monserrate as he prepares to leave his seat.

MinnPost: During a recent school board meeting, you said you are increasingly unconvinced large organizations can reinvent themselves.

Alberto Monserrate: All of the successful examples that I see in drastically reducing the learning gaps are happening in smaller organizations. You do have some more successful districts around the U.S., and in Minneapolis Public Schools we are working to replicate some of the things found in those districts. But even in those districts nobody’s been able to achieve what they have in some smaller organizations.

Recently there was an article in the Star Tribune about Columbia Heights’ Valley View Elementary School [beating the odds with low-income students]. It’s a district I know very well because that’s where my kids were born and raised.

It’s a small district. It has one high school, three elementary schools and I believe one middle school. It’s probably one of the most diverse districts in the state. I am not sure of the exact numbers but I think the number of white students is under 40 percent — so I imagine comparable to Minneapolis. It turns out the graduation rate for Latino students is also higher than average.

I’m giving you a district example to say that this isn’t really about districts or about charters. Most charters have not even been able to replicate what MPS does. The things you have to do are incredibly hard to implement. In a large organization I think it becomes almost impossible.

Look at the latest MCA results. Yes, we had progress in some schools. They weren’t exactly the schools that had the largest populations of low-income students of color. Overall, it made barely a dent in the big picture.

I’ve worked closely with the superintendent. I’ve watched [CEO] Michael Goar pretty closely. They are very talented people who are incredibly overwhelmed. I remember [as board chair] going to the superintendent’s meeting on a weekly basis. Everybody I knew said, “Can you bring this up, can you bring that up.” I had my own list and then I had the list from everyone else. For an hour meeting.

And it’s not just our number one priority, which is increasing achievement. A million and one things come up — even the amount of work that goes into busing tens of thousands of kids or into feeding them.

And we’re not even on the large side of urban districts. Baltimore, Miami, Oakland, San Francisco — all of them made major transformations. There has definitely been progress, more progress than we have seen here, though still quite limited.

Hiawatha [Leadership Academies] really was a turnaround. Most people don’t realize that. The first year’s results were not very impressive.

MP: Were you on Hiawatha’s school board at that point?

Monserrate: Actually I was on Hiawatha’s founding advisory board. I was getting so many complaints from the Latino community about the district. Hiawatha had a large Latino population. When I joined the board I realized it was a turnaround situation.

So I know how hard it is to do. Even when you get the right school leader. Even when you recruit the most talented teachers. It’s very, very hard to do.

In order to get the kind of results you got in Columbia Heights or at Hiawatha or at Harvest Prep or Friendship Academy or Global Academy, it’s almost impossible. Especially when you’re starting so behind.

Running a school has become almost impossible. Running 70 schools? We can do it better, and I’m hoping the changes we’ve made will allow us to do it better. That’s why I’ve been supportive of making the changes we need to make, and of high-performing charters. Of not getting in the way, because lots of districts get in the way.

And knowing that charter schools can’t do it on their own, of finding ways to learn from them. It would take hundreds of years to have a charter school network that could get it all done, unless you know you have a situation like New Orleans where you have a hurricane.

MP: It’s interesting that you mention New Orleans, because there are people who would tell you you have to start from the ground up, that you cannot innovate within an existing bureaucracy. But your example of Columbia Heights seems to put the lie to that. So what is it about the size of the organization that makes it so hard to get things done?

Monserrate: You have less bureaucracy. I still think probably the most important part — and I know not everyone agrees—is who is leading the school. If you are an excellent leader and you have mediocre teachers, you will bring the best out of those mediocre teachers.

You might actually turn some of those mediocre teachers into pretty good teachers. If you have credibility with those teachers and you focus your time on the classroom and let somebody else deal with the operations that suck up all your time. And you can concentrate on being a really good coach of teachers.

So you have to oversee 70 of those [leaders] in Minneapolis Public Schools, when finding anyone to lead a school right now is an incredible challenge. We can’t continue to rely on super humans, because we need so many of them.

The other thing is getting buy-in. We have a very skeptical group of principals. The principals have been very good at running their own schools separate from everything else. And they learn how to work the system to the benefit of the school.

My hope is that with SHIFT and with community partnership schools, if we implement well — and that’s going to be hard enough — you will move to decentralized decision-making.

When I ran for school board I couldn’t believe there were teachers paying for their kids’ supplies. I’m like, that’s just insane. There has to be a simple solution. Four years later, I think that’s still happening, although there is some aid from the state that goes specifically to that. You still hear schools saying, We don’t have enough resources.

At the same time, you still have what still looks like a very comfortable central office. Even with all the layoffs they’ve had. And questions from folks — I haven’t been able to verify them — questions from folks that there might not be the most efficient spending in some of these departments.

So every year you have schools that are upset with what they get or they don’t get. And now you have weighted student funding, which I am a really strong believer in, with a lot of schools with low poverty being worried about losing funding.

Which in the end I don’t think needs to happen if we send more money and more decision making to the schools. So I’m hoping decentralized decision making delivers better results. But I am skeptical.

Monserrate: I am, too. It’s my hope. We’ve got to do some things differently. Because we can’t just continue to get the results we’re getting. This last set of MCAs is the most demoralizing thing I’ve ever been through. I have to tell you, the way you portrayed our response to it — I sensed you were frustrated. I was too.

I really do believe the school district has been doing major heavy lifting for the last few years. You can argue about the MCAs and whether we should have them and what they really measure. And you saw very little growth in high-performing charter schools, too.

But there’s got to be some kind of growth. These are supposed to be the days of Common Core. (We haven’t exactly adopted Common Core but we’ve adopted something similar.) This is the stuff we all want, teaching kids to be more analytical, critical thinking. I’m skeptical.

MP: One of my frustrations the last few months is that there are so many pockets of promise. Lucy Laney’s co-teachers….

Monserrate: Perfect example of bureaucracy getting in the way. I mean come on, it works. The administration had very valid points, it was temporary money, we’re not positive that works. But that was one of those situations where the resources and the decision-making should just go to the school.

MP: Right. It seems like everywhere you look there are examples of good things happening….

MP: Longer than that. Seven years ago you stood in front of the different board and said, of the last ambitious strategic plan, “I’m cautiously optimistic.”

Monserrate: We’ll see. I’m a believer in the plan. In terms of my post-school-board activism, I can’t shake this. But I will look in areas where I have more optimism. And I think those will be smaller, more flexible environments. Where decision-making is where it needs to be.