News
Learning Curve
MinnPost’s education reporting is made possible by a grant from the Bush Foundation.
Jan. 19, 2015

In terms of education, what’s the difference between the legislative session just gaveled open — the first of Mark Dayton’s second term — and the session that followed his first inauguration?

In a word: money.

A DFL governor will get pushback from GOP lawmakers, who controlled two chambers in 2011 and the House of Representatives today. A handful of DFLers, having survived differing levels of disdain from their partisans, will join the Republicans on issues involving education reform.

The issues on the table are familiar. One is even a literal re-do of the first bill Dayton signed into law, which the state Board of Teaching has stalled on implementation for the last four years.

More déjà vu: The hard-fought anti-bullying law is back, as the subject of a bill calling for its repeal and one that would essentially repeal it by recasting some speech as religious liberty.

Now as then there are essentially two agendas: how to structure the distribution of one of the largest slices of the state’s budgetary pie, and whether to continue to push for changes in the way teachers are licensed and placed in classrooms.

When Dayton rolled out his seven-point education plan in 2011, Minnesota was confronting a $6.2 billion deficit. This year there’s a surplus of at least $1 billion to carve up.

So who wants to bet that the fact that there is money makes the 2015-2016 Legislature hotter, and with a more dramatic cast of strange political bedfellows, than the last two?

Let’s consider some of the more interesting issues.

The role of seniority in layoffs

The rager, of course, will be a push to change the role seniority plays in teacher layoffs. Indeed LIFO — shorthand for last in, first out — is already the subject of a full-bore hearts-and-minds messaging war.

House File 2, while not the only bill that proposes the change, contains the language most likely to move forward. The measure almost assuredly has the votes in the House and is being carried by Sen. Terri Bonoff, DFL-Minnetonka, in the Senate.

Currently, unless a district and its teachers union have negotiated something different, state law requires teacher layoffs to be based solely on seniority. In 2012, Dayton vetoed a bill that would have factored teacher effectiveness into layoff decisions. 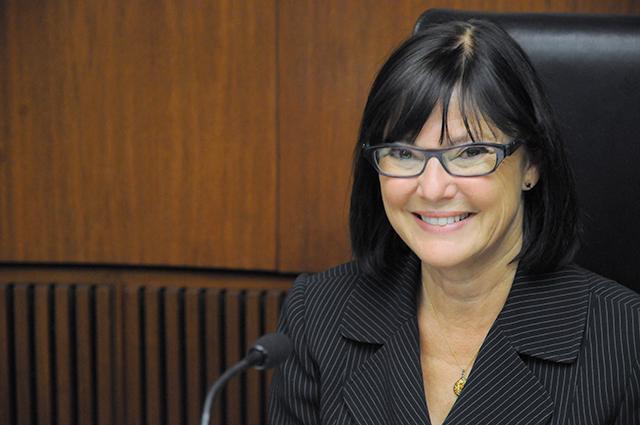 A key difference between LIFO 2012 and LIFO 2015 is the new state teacher evaluation system, which was developed with lots of input from Education Minnesota. In 2012, Dayton said the lack of a fair evaluation system should keep the issue off the legislative agenda until the 2015-2016 session.

You can’t talk about teacher evaluations without talking about the huge discrepancy in what a good evaluation system costs and the funding the state has made available for it. So expect Q-Comp — best known as former Gov. Tim Pawlenty’s little-loved pet project — to come under discussion.

A task force has recommended that the program, at its heart a merit-pay scheme, go away. Another idea likely to come up is to continue a 2014 fix that allowed districts participating in Q-Comp to use that money for evaluations and gave some cash to non-participants.

Expect Dayton and his partisans, particularly in the Senate, to continue to push for a series of fixes to the state’s overall school funding system, which was all but dismantled in 2003. The details are complex and technical; think of this as the gradual opening of faucets after a reservoir has been refilled.

Here the governor has been perhaps most deft, tinkering away to create equity among rural and urban and giving lawmakers something easy to understand to go home and campaign on. Unknown is whether this push will include a meaningful stab at shoring up the scandalous underfunding of special education, the unsexy top of many districts’ wish lists.

The first bill Dayton signed into law in 2011 will be back on the agenda with sharper, more precise language that proponents hope will force the state Board of Teaching to do as it was directed then and create a streamlined, rational process for extending Minnesota licenses to experienced teachers who move here from other states and professionals seeking licenses in particularly hard-to-fill areas.

Known as “reciprocity” among advocates, expect this one to draw opposition from the board — which seems to consider the law’s merits anew each time it comes up — and from the Minnesota Association of Colleges of Teacher Education, which is well represented on the board.

Also expect the reappearance of a controversy involving basic skills tests teachers used to have to pass to earn a license. Only a small number of Minnesota teacher prep programs reliably produce graduates who could pass the exams.

Last year’s Legislature passed a law that allowed teacher candidates to take the college entrance ACT or SAT exams instead. For reasons unexplained, there seems to be a push to abolish the tests entirely.

LIFO may be the headline-generator, but two other items promise to be exceptionally political. A push to create universal pre-K for 4-year-olds would essentially add another grade to public schooling in Minnesota — a boon for the state’s licensed teachers.

It would not, however, make Minnesota’s pre-K advocates — including county social services departments around the state — very happy. They would prefer that new pre-K funds go to helping more low-income children ages birth to 5 secure subsidies and scholarships to participate in a painstakingly constructed system for steering fragile families to high quality early-childhood education.

The last item is not yet on any formal agenda. Should U.S. Rep. John Kline, a Lakeville Republican, succeed in passing an overhaul of No Child Left Behind that guts the federal government’s authority to require schools to attend to student performance, expect to see the overnight end to the Minnesota Comprehensive Assessments.