News
Learning Curve
MinnPost’s education reporting is made possible by a grant from the Bush Foundation.
Jan. 5, 2015 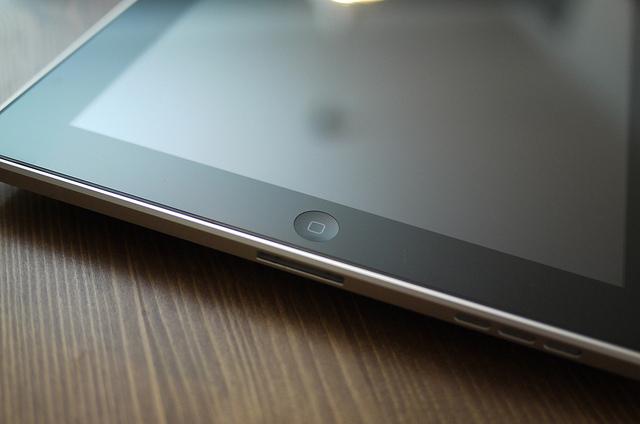 CC/Flickr/bfishadow
Ringo was uncomfortable with language in the contract he was required to sign in order to receive an iPad from Wayzata High School.

Right before the holidays, a Twin Cities teen by the name of Nathan Ringo authored a first-person account of an ongoing digital privacy tussle with his school that was published in the popular online magazine BoingBoing.

The school district administrators he left in the hot seat? It’s not hard to imagine that it’s something of a relief that student privacy laws prevent them from discussing Ringo’s claims. The young man has quite clearly received an excellent education.

Ringo’s story neatly illustrates a raging national debate about the implications — ranging from commercial retention and use of student data to overreach in censorship — of increased use of technology in the classroom.

Ringo’s BoingBoing commentary was especially pertinent because of a case in the news at the time concerning tablets distributed by a Pennsylvania school district. The cameras in the devices were turned on remotely, capturing female students undressing.

In the fall, Ringo reported to Wayzata High School to start his junior year. Eleventh-graders showed up on the third of four “back-to-business days” to have their photos taken for IDs and to pick up their schedules and — new this year — an iPad.

Only one actually reading the contract 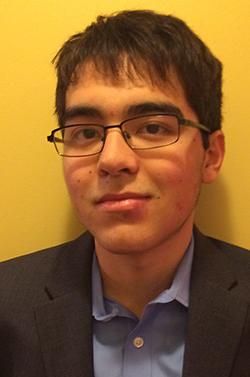 Standing in line to get his tablet, Ringo began to actually read the contract he would be asked to sign before he received the device. Finding clauses in which he would relinquish any right to privacy — and for no circumstantial justification he could discern — he began reading the contract out loud.

“I was the only person reading it and I just realized, Hey, we’re supposed to have the right to privacy,” Ringo recalls. “Under the [U.S.] Supreme Court case Katz vs. United States, which we actually learned about in school, in civics and government — we just call it civics.”

In the 1967 decision, the jurists held that the government could not use evidence obtained from the warrantless wiretapping of a public phone booth.

“That court case gave citizens the right to privacy,” Ringo explains. “And then the school is asking us like two years after we are learning about this in class and being tested on it to give away that right.”

And that was just for starters.

Clause ‘was broad and really ambiguous’

“That privacy clause,” Ringo continues, “it was broad and really ambiguous. Like on the [Internet] filter, it had a clause on the filter that was worded ‘should block obscene and objectionable things.’ Objectionable according to who?”

“Objectionable is hugely subjective,” he adds, reeling off examples. “Something that’s objectionable to me could be humorous to someone else, and vice versa.”

After signing the contract, students were being ushered into a room where they would view a video on setting up their iPads. That would be followed by a visit to another room where teachers and students would supply tech help.

Here, too, Ringo was taking note of problems.

“In a couple of instances students didn’t have iTunes accounts and needed to make them,” he says. “iTunes requires a credit card. Not too many students carry a credit card with them at all times. If your parents weren’t there and you didn’t have your own credit card you were just stuck at that step, basically.”

Had challenged Internet filters at school

Having challenged the school’s Internet filters the year before, Ringo already had a reputation for being a digital agitator. In that instance, he says he was trying to show that there was a much smarter way to monitor student surfing than the overbroad and often arbitrary filtering system in use.

The arrival of the iPads opened the door to a whole new realm of problems. Not only would students have to agree to waive rights in school, they would have to agree to an impenetrable series of conditions and licensing arrangements imposed by Apple.

At the same time, Los Angeles schools’ 2-year-old, $1.3 billion plan to provide all of its students with iPads loaded with software from the testing concern Pearson has unleashed a tsunami of controversy, including an FBI investigation into the underlying dealings.

Few people understand the thorny web as well as Ringo, and fewer still have crafted solutions. Minnesota was not among the 22 states to attempt to legislate the issues last year. Congress has made even less progress and appears on the verge of accepting a controversial proposal that the industry police itself.

As Ringo read the contract to his classmates in Wayzata, an administrator pulled him aside.

He didn’t get far with that argument: “I was asked to leave the building, and I did.”

A couple of days later, Ringo says he got an e-mail from the district’s tech department revoking his Internet privileges for “hacker talk.” His school account was closed.

Which was no trivial matter, given that the school’s curriculum was structured so that without access to a tablet and the Internet a student would be shut out of a lot of in-class activities, homework and other things necessary to keep up academically.

To Ringo’s way of thinking, this made the supposedly voluntary privacy waiver in the iPad contract coercive. And it left him only with options that also left him afoul of district policy.

To wit: Bringing his own tablet and, because his Internet account had been disabled, a smartphone with an Internet hotspot, something he says is forbidden by school board policy.

Ringo says he’s been operating in this digital limbo all year, and continuing to research the underlying issues. The least of them is what his conundrum would look like in someplace unlike Wayzata, where families didn’t have Visa cards and their own technology.

Broadly stated, his larger concerns fall into two realms. The first is that there is nothing in the documentation he refused to sign and that he can find that says what information the district and its vendors are allowed to gather, why and under what circumstances they can retain and use it.

There are limits on student privacy and free speech in the school setting, but Ringo argues that the contract he was asked to sign far exceeds what courts have allowed to date.

“The school’s right to search your locker involves, like, there needs to be reasonable cause to search our locker, reasonable suspicion,” he says. “Like if a drug-sniffing dog smells something suspicious they are allowed to open our locker.

“They couldn’t just get a master key and go opening and searching every locker. That would be pretty illegal. It should be the same way with the iPad, but according to what we all signed it isn’t.”

Another case in point is his disabled Gmail account, he says. One of the selling points of the Google platform is that administrators can easily dip in and out of users’ accounts.

“The student never needs to be notified even if it was a frivolous reason,” explains Ringo. “They have logged access to websites and libraries, which is less objectionable. They can and have taken remote access from their computers.”

As they did when he objected to the district’s Internet filters. He attempted to show his elders that there was a less ham-fisted way of complying with federal regulations that effectively require schools to prohibit access to pornography.

“How all Internet filters work is there is some sort of mechanism that takes in text and says, ‘Yes, this is objectionable,’ or, ‘No, it’s not,’ ” Ringo explains. “So how the filter works is for every single web page you’re trying to go to it takes the text in or that you’re trying to send to see if there’s anything objectionable. If there’s not, it will go through. If not, it will block it.”

The commercial filters used by many school districts are notoriously crude, filtering out anything with a mere whiff of impropriety, including things like breast cancer information and sites for gay and lesbian youth.

Among the “bad Internet policy decisions” Wayzata’s filtering technology spawned, Ringo wrote for BoingBoing: “The blocking of YouTube and Vimeo, rate-limiting on downloads and an exponentially expanding list of addresses that are deemed to be too horrifying for students to view, such as XKCD, Wikipedia, news websites and anywhere else that, somewhere, contains a naughty word.”

There’s a relatively simple fix, he says: HTTPS, a technology that is used, among other things, to facilitate secure transactions. Incomprehensible to people without Ringo’s technological savvy, the bottom line is it would operate more like a scalpel and less like a baseball bat.

Ringo was looking into this in programming class when he discovered the IT department was monitoring him: “I was confronted with pictures of it that were taken by the computer itself and basically told I need to stop doing this because it’s eerie in some way because we don’t know what it is.”

Federal law prevents Wayzata administrators from commenting on Ringo’s assertions. But in response to a request for comment the district did provide a description of its filtering activities:

“Internet safety for all students and responsible use of technology is a top priority in the Wayzata Public Schools. For organizations that offer Internet access like schools or libraries, the Child Internet Protection Act mandates the implementation of a web filtering solution or a loss of Federal E-rate funding. The Child Internet Protection Act requires that all U.S. schools have appropriate measures in place to protect students from obscene or harmful online content. In order to be in compliance, Wayzata Public Schools has implemented a web security solution from iBoss.

“School Board policies are in place that establish guidelines for the content students have access to on the Internet. As a school district, it is our job to provide appropriate content to support the educational needs of our students. We have a process in place to adjust the filter when necessary to fulfill our students’ learning needs. Because of the Child Internet Protection Act requirements, we are constantly trying to balance these needs.”

Admiration from adults, but …

Ringo says he has been operating in a kind of policy no-man’s-land since back-to-business week, free of Wayzata’s Internet privacy rules but afoul of the policy on student hotspots. Some of the adults in his school have confided that they admire his pluck and agree with his stance, but no one seems to know what to do with him.

They’re entitled to bragging rights. Ringo taught himself programming working with Lego Mindstorms in the district’s gifted and talented program. He learned enough there to write code in DOS batch on an abandoned family laptop.

School administrators have asked the junior to come up with a paper stating the issues and proposing solutions. He’s taking the request seriously, and given the global digital-rights platform he’s acquired, there’s reason to think it’s only the first time Ringo will get to remind his elders what they taught him.