News
Learning Curve
MinnPost’s education reporting is made possible by a grant from the Bush Foundation.
April 20, 2015 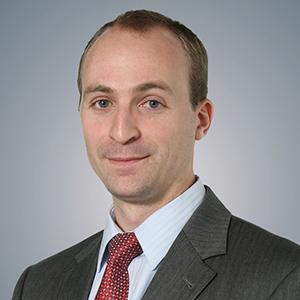 Over the last four years, a Faegre Baker Daniels associate by the name of Rhyddid Watkins has unwittingly become the go-to attorney for teachers with successful track records elsewhere who are rebuffed by Minnesota’s licensing apparatus.

Watkins, whose other areas of expertise include agribusiness litigation, biotechnology and regulatory issues, has now helped nearly two dozen teachers who were unable, on their own, to convince the state Board of Teaching that their credentials entitled them to a license to teach here or a formal appeal upon being denied.

Every single teacher Watkins has gone to bat for has obtained a Minnesota license. He’s spoken to three times as many as have chosen to retain him to fight. Now he is ready to stop advocating for individual candidates.

On Monday, Watkins is slated to amend a suit he filed April 2 on behalf of four frustrated teachers. He will file papers in Ramsey County District Court adding several plaintiffs, including schools that would like to employ the teachers in question. This time, he wants a judge to order the board to comply with state laws.

“The treatment is incredibly different depending on whether you have a lawyer or not,” says Watkins. “We want a judgment. We want the court to decide.”

The lawsuit comes after four years of tension between the board, which has strong ties to Minnesota’s teacher preparation programs, policy advocates and the leaders of schools — many in greater Minnesota — desperate for help filling jobs in areas where there are teacher shortages.

The state’s own surveys identify needs for alternative teacher recruiting and retention in high-poverty urban schools, high-demand specialties, in rural communities and among teachers of color.

“The beauty of bringing the case to a courtroom and not the Capitol is no longer do the best talking points win the day,” says Daniel Sellers, executive director of MinnCAN, a policy group that has referred frustrated would-be teachers to Watkins. “On a policy level the question should be, How are we creating an environment that attracts the best teachers?”

The biggest sticking point has been the board’s failure to implement a 2011 law granting teachers trained and licensed in other states the right to work here. The Minnesota Department of Education (MDE) teacher licensure website only in recent weeks put up information about the process; before then, teachers were told “reciprocity” did not exist.

To the officials who passed the 4-year-old law and other critics, the board has said that it believes it must require applicants trained elsewhere to show their preparation was “essentially equivalent” to a Minnesota education by submitting college transcripts and course syllabi, among other things.

Appointed by the governor, the board is responsible for setting standards for Minnesota teachers and the programs that train them, and for creating the processes to certify both. MDE processes the actual teacher applications.

When Watkins first began representing the frustrated teachers, the main issue was the board’s failure to create a mechanism for licensing teachers from other states. But lately, since word got out that his clients have been obtaining licenses, Watkins’ potential plaintiffs have come to include teacher candidates who were unable to navigate other, older and more traditional paths to a license.

In 2008, for instance, the Legislature ordered the board to allow experienced teachers to submit portfolios documenting their skills as a means of obtaining a license. Like reciprocity, this pathway enabled candidates who did not feel they needed additional academic training to show why they qualified.

The process was discontinued in 2012 when the person evaluating the portfolios was transferred to a new position. The board now interprets the statute as granting it the option of using a portfolio approach.

Lobbying this year against a law “clarifying” the intent of the 2011 law has been fierce, with opponents of the alternative pathways — including the Minnesota Association of Colleges of Teacher Education and Education Minnesota — arguing that it would open the door to unqualified teachers.

The case of Michelle Hughes

Presumably that includes Watkins’ current clients, among them Michelle Hughes. Insofar as teachers go, Hughes is essentially a unicorn.

If she had a license to teach in Minnesota, where she grew up and where she thought she wanted to return to raise a family, she’d have her pick of jobs.

Special-education teachers are in short supply in Minnesota. Hughes has taught elementary school and special education in some of California’s most challenging schools for 12 years.

Ensuring all kids can read by third grade is one of the most crucial junctures in eliminating the achievement gap. Hughes has a sought-after Reading Recovery certification — a rare national credential that speaks to her ability to bring struggling pupils up to speed very quickly.

She wanted to work in a Minnesota school with a concentration of poverty and illiteracy. And she knows what that’s like, having worked successfully in diverse low-income schools in California for a dozen years.

She is the union rep for the school where she has worked for eight years and is in demand to lead professional development for her colleagues.

After 19 months of trying to prove she was qualified to teach here, Hughes enlisted Watkins, whose other plaintiffs include a Harvard graduate and two experienced teachers from Texas who hold equally desirable specialty licenses.

“For years now the board has arbitrarily denied licenses to well-qualified teachers who clearly meet the statutory requirements,” the suit charges. “The board provides no explanations for its denials and has systematically deprived applicants of their statutory rights to an administrative appeal. Instead, the board simply tells the applicants to consult private, for-profit colleges and take whatever courses they recommend.”

This happened to Hughes, who went into teaching after years of training at accredited four-year universities. She spent three years working toward her special-education credential, another year adding generation education preparation and a particularly intensive year working on her Reading Recovery skills.

She was initially told she could not have a Minnesota general education license — period — but not why. And she was granted a temporary special-education license that would only be renewed if she undertook more basic Minnesota literacy coursework, among other things.

Hughes pushed back, noting that her materials included descriptions of equivalent coursework, and asked to appeal the denial of her general education license. E-mails were exchanged and, in January, Hughes sent an annotated index to the materials she had already submitted.

Five days after Watkins filed suit on her behalf, Hughes got an e-mail saying that the Department of Education had reversed an earlier decision and would be issuing her a general education license.

The inference that Hughes had not submitted a comprehensive application in the first place made her almost as angry as the rest of the process. But it wasn’t the coup de grace.

On Tuesday Watkins got a letter from a state attorney representing the board noting that Hughes’ license would expire June 30 of this year. In order to renew it, she would have to satisfy several requirements the board posed when she first applied.

Both licenses expire in two months

A second plaintiff in the April 2 suit was also offered a license last week, according to Watkins. “Unfortunately, for reasons we do not yet understand, both licenses expire in two months,” he says. “Obviously we are happy the board agrees they belong in a classroom, but we will continue to work with the board to ensure they get the full, standard licenses they are entitled to under Minnesota law.”

“I had originally planned to move this summer,” says Hughes, who has a toddler who wasn’t born when the process started. “This has dragged on for so long we had almost taken it off the table. And it hasn’t really happened with enough time to plan.”

Nor does she have a clear understanding what has to happen between now and June 30 — not much time — in order for her to be assured she can teach in the fall after moving cross-country.

“I believe they are contacting me the day after they get bad press so I will withdraw the suit and won’t talk about it,” says Hughes. “The thing that MDE and the Board of Teaching always point out is Minnesota has high standards and they don’t want to lower them.

“The point they leave out of the discourse is they need high standards for the people who review these applications. They should be able to identify a valued national certification.”

To this Watkins adds that instead of being told what their transcripts are lacking, the teacher candidates who call him are typically told to contact a Minnesota training program to discuss their options. Frequently they are told they need to redo expensive coursework and pay to student-teach again.

Several news stories took note of the suit and MinnCAN, which has been referring callers who Google old stories to Watkins, began advertising the issue. Last week that shook loose a flurry of calls from would-be teachers who did not realize the denials were a pattern.

As of late last week, Watkins was talking to some 15 potential new plaintiffs as well as three schools that were leaning toward joining the suit. This is significant in part because board has testified at the Capitol this year that most new license applicants are from out of state and most are being granted licenses.

“All we are looking for is a judge to interpret the law and tell us our plaintiffs are entitled to what they are asking for under the law,” says Watkins. “I just want to know what the requirements are.”