News
Learning Curve
MinnPost's education reporting is made possible by a grant from the Bush Foundation.
April 9, 2015 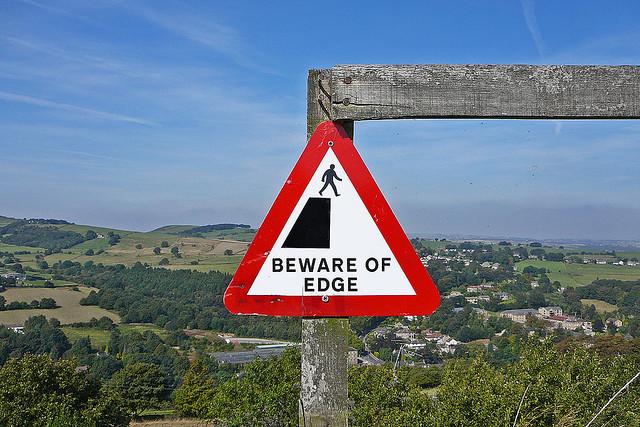 CC/Flickr/Tim Green
Over the next two years, despite the state’s eye-popping $1.9 billion surplus, Anoka-Hennepin anticipates spending down its painstakingly replenished reserve fund, raising class sizes and in a year laying off 250 teachers, or 10 percent of its teacher corps.

To weather the recession several years ago, the state’s largest school district, Anoka-Hennepin Public Schools, spent down its reserve fund, raised class sizes and laid off hundreds of teachers.

Over the next two years, despite the state’s eye-popping $1.9 billion surplus, the district anticipates spending down its painstakingly replenished reserve fund, raising class sizes and in a year laying off 250 teachers, or 10 percent of its teacher corps. Why? It has to do with a lack of built-in funding increases and other factors, which we’ll get to in a moment.

Fewer teachers means bigger class sizes, and Anoka-Hennepin’s classrooms have been bursting at the seams since the crash of 2008. Upper elementary grades have 35-37 kids per class and high school courses 40-50.

This fall, then, the district is likely to be forced to appeal to local property owners to raise an existing levy, taxing themselves further to keep those swollen classes from getting any bigger.

North St. Paul-Maplewood-Oakdale is looking at laying off 90 teachers and staff members next year. South Washington County must find more than 60 positions to cut by next fall, most of them teachers.

Burnsville-Eagan-Savage will lay off 50, Bloomington almost 30 and Wayzata 25. Minneapolis has already shed 120 jobs from its central office — a move depicted as pushing resources out into schools.

Indeed the only metro-area districts that are not facing cutbacks are those that recently asked voters to raise property taxes to cover past rounds of cuts. Many of those districts now will be unable to fulfill promises to use the money to staff back up.

“What’s being advertised by the governor and the Legislature is a $1 billion increase,” says Anoka-Hennepin Board Chair Tom Heidemann. “But the reality is there is no new money.”

Assuming the governor’s spending plan — far more generous than the targets proposed by the state Senate and House of Representatives — is adopted, the districts that belong to the Association of Metropolitan School Districts will face an $86 million shortfall in the coming school year.

The Senate would spend $350 million and the House $157 million. If either of those targets is adopted as the 2015 legislative session heads into its final weeks, the bloodletting at local districts will be far worse, say Heidemann and Scott Croonquist, AMSD’s executive director.

“The governor’s target for E-12 [education spending] is certainly robust at $695 million and our members commend him for that,” says Croonquist. “But it just has a 1 percent per year fund increase and that is why we face a funding shortfall.”

So just how does $1 billion translate into no new money? Heidemann and Croonquist have been spending every spare moment trying to explain this to families and other stakeholders.

It’s worse than in the recession, says Heidemann. Back then people were willing to blame the economy for the fact that schools were teetering over a funding cliff. Today, Heidemann gets to the part of the explanation that involves the phrase “biennial accounting” and even lawmakers’ eyes glaze over.

Boiled down as simply as anything in education finance ever can be, there are three main issues. The first is that the general fund, the main pot of unrestricted money that schools use to pay basic bills, is not indexed to inflation. The 1 percent per year increase in the governor’s proposed budget does not make up for inflation, this year pegged at about 2 percent, according to Croonquist. His organization is asking for 3 percent because recent years have brought lots of new mandates and increases that haven’t kept up with inflation.

Examples of new mandates that were unfunded or underfunded include implementation of a statewide teacher evaluation and professional development system, an anti-bullying law and the ambitious college- and career-readiness World’s Best Workforce.

Plus, inflation isn’t uniform. Anoka-Hennepin would need 4 percent to keep pace with its current levels of programming — which Heidemann notes makes the district one of the state’s success stories in closing the achievement gap.

All-day K was factored into the second year of the last two-year spending cycle, the biennium, at $147 million. Which means that in the upcoming biennium, the actual cost of statewide full-day kindergarten is slightly more than twice as much, or $337 million.

The same is true of a bump in special education reimbursement — still nowhere in the ballpark of the actual cost — made in the second year of the last cycle, and other increases. Expenditures subject to this biennial increase will total $844 million, plus the cost of growth in the number of students in Minnesota schools.

“That’s how you get to $1 billion without adding any new money,” says Heidemann.

The third issue, he adds, is that the governor’s proposed budget would direct nearly $350 million to universal pre-K for 2016-2017. “He’s putting money in early childhood and not recognizing what it costs to maintain what we currently have,” says Heidemann. “It doesn’t make sense for me to add 70 classrooms if I have to raise class sizes to 40.”

Universal pre-K, he adds, is another of the items that will add to the sticker shock when “biennial accounting” is factored in. In the spending cycle that starts in two years the cost rises to some $900 million.

About half of the governor’s proposed budget goes to universal pre-K, notes Croonquist. “We are very supportive of that,” he says, “but we think we need to ramp up more slowly as classroom space is available, as licensed teachers are available and as parents want to send their kids.”

Supportive of much of the targeted spending

Likewise, AMSD  members are supportive of much of the rest of the targeted spending in the proposal, which includes another increase in special education reimbursement, free breakfast and an increase in counselors and other school support personnel. It just doesn’t make up for the lower increase on the general fund.

Because funding hasn’t kept up with inflation in more than a decade, Anoka-Hennepin made its first order of post-recession business to rebuild its reserve from 3 percent of its fund balance to 9 percent.

Layoff notices for teachers for next year must go out next week, at least a month before there will be any clarity on how much money the Legislature will appropriate. So the district will dip into the reserve to cover the first year’s shortfall.

After that? Heidemann points out that 55 percent of state and federal funding can be spent at the district’s discretion. The rest is targeted to particular programs or needs. And the biggest discretionary spending item is staff.

“No matter where you look, whether it’s a Democrat or a Republican plan, it’s just screwed up,” says Heidemann. “Fund existing programs — and then let’s talk about adding new programs.”