News
Learning Curve
MinnPost’s education reporting is made possible by a grant from the Bush Foundation.
April 27, 2015 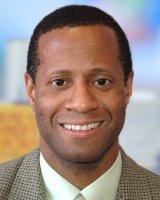 A few years back, Minneapolis Public Schools (MPS) communications chief Stan Alleyne called me up and asked if I had time to sit down with the superintendent.

When we met, I looked across the table at him and Bernadeia Johnson to be greeted with an awkward pause.

“You know why we asked you here,” Alleyne started, looking uncharacteristically apprehensive.

I did not, actually. At which point all three of us cracked up. For once, the rumor mill was down for repairs.

During Alleyne’s six-plus years at MPS, he used the same phrase — “It’s important” — maybe half a dozen times with me. Each time it was indeed something important, and something important to get right. A couple of those times I was invited — rightly — to revisit a topic from a different vantage.

That’s worth noting given what’s happened over the last month to Communications Department of Minneapolis Public Schools. It’s been emptying out.

At the end of March, Alleyne accepted a position at Tunheim, where he will lead their education and nonprofit communications consulting. No longer will his be the voice that robo-calls you with the news that there will or will not be a snow day.

A few days after Alleyne announced his departure, Director of Media Relations and Public Affairs Rachel Hicks announced she is also moving on, to Intermediate District 287, which provides services to west metro school districts and to students with highly specialized and intense challenges.

And Myrle Croasdale, relative newcomer, is off to Honeywell as of Friday.

I am not surprised they are moving. It’s a time when one superintendent has left MPS and an interim one is being tried on for size. To do their jobs well, communications folks need to be intimate — like lady’s-maid-on-“Downton Abbey” intimate — with the people they advise. That makes getting a new boss a complicated proposition.

Over the last few years, I have spoken to Alleyne and Hicks more often than with my own mother. I could write volumes about them and it still probably wouldn’t make up for all of the angst I caused them.

But this is not that blog post. This is my two cents on what should happen next: whoever occupies those vacant desks, MPS brass should mandate they maintain an open-door policy, even when it gets scary.

Especially when it gets scary.

Not too long ago, if a reporter wanted to visit a Minneapolis school, the answer was often ‘no.’ Interviews were frequently recorded — by the public relations staff. Calls to administrators often went unreturned.

It felt like the end game was risk management. Of course, bad news still got out, and MPS leaders often appeared ham-fisted when it did.

Alleyne and Hicks attempted to manage the message to greater and lesser effect. But they also talked reluctant principals into letting me (and others) into their distressed buildings. They persuaded administrators to open up about controversial efforts to create change.

I daresay the access worked in MPS’ favor. You can’t depict the tremendous challenges inherent in trying to serve tens of thousands of students, parents and educators if you’re not willing to let the public glimpse your inner workings.

In many districts, board members and staff tend to believe themselves to be the communications department’s clients. They imagine the staff can actually talk a reporter out of a story or gloss over a public misstep.

The team that takes over for Alleyne and Hicks should be empowered to keep the doors open. District stakeholders have worked hard creating a sense of urgency. When you tell people something is important, you want them to believe it.