News
Learning Curve
MinnPost’s education reporting is made possible by a grant from the Bush Foundation.
April 16, 2015 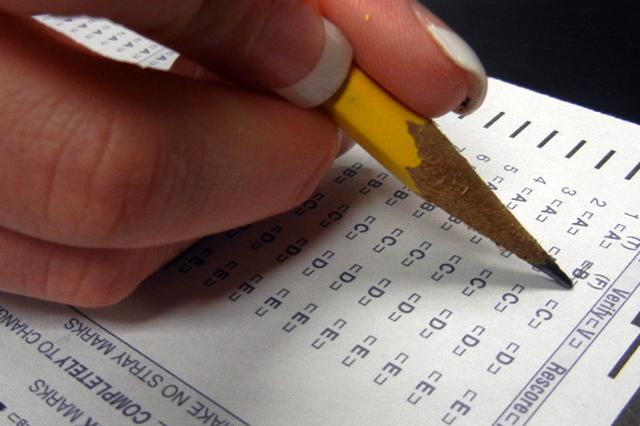 For all the headlines standardized testing has generated in recent months, a couple of pretty big, basic realities have received virtually no attention.

The first: Gov. Mark Dayton’s marquee proposal to pare back the number of state-mandated assessments Minnesota students take by a third would require either a change in federal law or some kind of exemption from it.

Two weeks ago U.S. Education Secretary Arne Duncan shot down the proposal, which nonetheless remains before state lawmakers as a potential 2015 action item.

How’s that? Hang on a moment — let’s not get ahead of ourselves.

The other reality is that three of the seven tests the governor wants to do away with are going away no matter what. The company that sold them is no longer going to produce them. Legislators, then, must change state law to stop requiring them.

Two possibilities have opened up

This curious intersection of political theater and commercial reality opens up two possibilities. One, both parties may at the end of the day claim bragging rights to having reduced standardized tests in Minnesota — something that’s bound to be popular with voters if not in the end hugely meaningful.

And two, that by forcing public debate about the point, the GOP can maybe make a few dings in the DFL’s shiny “education session” armature.

The reasonable and implementable proposal made a couple of months ago by state Education Commissioner Brenda Cassellius? Perhaps she’ll get a fuller hearing next year.

Let’s back up and attach a chronology to this analysis. When Dayton came into office one of the pledges he made was to instill some rationality into the realm of standardized assessment, which in some school districts has become an expensive time suck that, until recently, didn’t yield much that would help teachers help students.

The most visible of the tests, the Minnesota Comprehensive Assessments, are required by the state in accordance with federal law. Another set has been administered to attempt to determine whether high school students are on track to be ready for college or the work force.

Atop those exams — 21 over the course of most students’ K-12 trajectories right now — are assessments individual districts and schools choose to administer. These vary from the expensive and burdensome to the truly useful.

In an effort to sort all of this out, last year Dayton appointed a task force — which earlier this year recommended several changes. The two biggest recommendations were to eliminate a “suite” of assessments produced by the company that administers the college-readiness test ACT.

The three tests — the Plan, the Explore and the Compass — measured student aptitudes and helped track progress toward college readiness. In part because Minnesota is hardly the only state grappling with finding a reasonable testing regime, many states’ mandated tests are becoming better at producing this data, making the ACT’s ancillary exams dinosaurs.

The other big recommendation Cassellius made after digesting the task force’s thoughts was to enact a law that would cap the amount of the school year that could be used for testing. This would discourage the administration of the least valuable exams hoovering up teacher and student time and energy.

Dayton’s proposal went several steps further. In addition to eliminating the three aptitude tests, he would pare back the Minnesota Comprehensive Assessments to eliminate math tests in third and fourth grades and reading in sixth and seventh grades.

This “grade banded” assessment approach is something the teachers unions have been urging Congress to consider as it maybe finally takes up a rewrite of the law that mandates the apples-to-apples assessments in the first place.

Despite the flurry of headlines the proposal generated, few realized the high school tests were going away anyway.

Nor was much ink generated when Minnesota’s “early bird” renewal of its waiver — the exemption from the most onerous provisions of the federal No Child Left Behind law — was announced at the end of March. You need an advanced degree in education policy jargon to find the denial of the governor’s proposal to do away with four of the MCAs, but it’s there.

Kudos to Christopher Magan of the Pioneer Press for wading through the waiver. “The governor said he thought there was general agreement that students take too many tests and he still hoped to accomplish some reduction before the 2015 Legislature adjourns,” Magan reported in early April.

Which brings us to the current unusual state of affairs vis-à-vis testing’s place in the bills advancing at the Capitol. The omnibus education policy bill released earlier this week by the GOP-dominated House of Representatives includes the fixes to state law that need to be made because the ACT’s sister tests are going away, as well as some other relatively small adjustments.

Its Senate counterpart makes those changes, too — and keeps the governor’s language regarding eliminating several MCAs. The omnibus version released this week deals with the disconnect this creates by inserting language saying the reductions would go into effect if the federal government scales back its requirement.

Bragging rights all around

Et voilà — everyone has had a hand in reducing standardized testing. The “suites” of locally added assessments may or may not continue, depending on the district in question.

To circle back to the start of this post, this raises a couple of interesting possibilities. The most obvious being that if the political climate at the national level changes — and Duncan has certainly waffled on the subject of assessments — four MCAs can be gone with no public debate.

The second is that Senate GOPers can jab away at the majority party, trying to push DFL lawmakers into the awkward positions of reversing themselves, contradicting their executive or otherwise having to defend themselves from rhetorical assaults.

One final observation: Meanwhile, out here in the cheap seats it’s MCA testing season. Which means Minnesota’s young people are hunched over their keyboards, glowering at their anxious proctors.

Who’s working harder, the students or their elected representatives? Good question. Maybe there’s an assessment for that.