News
Learning Curve
MinnPost’s education reporting is made possible by a grant from the Bush Foundation.
April 13, 2015 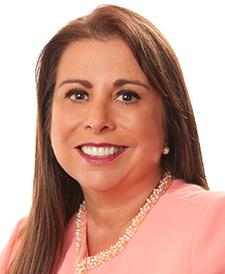 As theories go, it’s a pretty good one.

On Wednesday the Palm Beach County School Board announced that St. Paul Public Schools’ Valeria Silva was a frontrunner to be its next superintendent. On Thursday, flanked by Mayor Chris Coleman and other city leaders, Silva announced she would stay here.

Though there was speculation that she was one of the top two candidates, Silva pulled out before interviewing. And though the announcement she’d be staying was couched as the product of an afternoon meeting with Coleman, the attendant press conference was announced Thursday morning.

With 30 years in the district, she is a few weeks into a contract that will run until 2018. Her decision to stay did not involve a raise, though the job in a much bigger district in Florida certainly would have.

So why the back-to-back days of headlines?

Al Oertwig, who left the St. Paul board in 2007 and is seeking to return to it, offered a hypothesis. Silva could be rallying support, he told reporters. That and sending a signal that if the community’s leaders don’t have her back in challenging days to come she has options.

Despite an achievement gap that rivals Minneapolis’, in terms of schools St. Paul has typically been depicted as the land of milk and honey. And the city fathers’ decision to back Silva last week stands in stark contrast to the recent resignation of Minneapolis’ embattled Bernadeia Johnson.

Urban superintendents are exceptionally difficult to find and even tougher to hang on to. In most communities today their job is to make change, which frequently puts them at odds with board members, teachers and families.

If they don’t end up getting bought out, they are subject to being poached away. The churn inevitably ripples through district leadership.

Both were products of their districts

Hired within a few months of each other, Silva and Johnson were both selected in large part to try to move away from this dynamic. Both were products through and through of their districts. Both were seen as the perfect combination of familiar and change agent.

And they faced remarkably similar challenges. In addition to persistent socioeconomic and racial achievement gaps, both districts have seen families vote with their feet.

In Minneapolis, 20,000 students are enrolled in private, suburban and charter schools, compared to 34,000 in district schools. Last year 12,000 St. Paul children enrolled outside the district, which serves some 37,000 students.

And Silva hasn’t been confronted by the kind of board division and divisiveness Johnson endured. Yet.

Nor has Silva faced the threat that her city’s legislative leaders might abandon her. Yet.

A year ago a St. Paul board meeting erupted into a mini-version of the free-for-alls Minneapolis is known for. Exhausted by trying to manage classrooms in the wake of a district policy laid down by Silva to include students with behavioral problems in mainstream classrooms, teachers packed the meeting.

There were angry parents, too, as well as civic leaders who urged Silva and the board to stay the course. Excluding mostly poor minority students from the classroom was the start of the school-to-prison pipeline, they argued.

Things have not gotten better in the intervening months, and the city is heading into what promises to be the hottest school board contest in generations. What was initially a teachers-union-backed assault on incumbent board members — Oertwig is a candidate on the labor slate — has gained traction.

Silva and Johnson are close personal friends. During their tenures they would frequently call on each other for advice.

No doubt Silva knew long before Minneapolis brass that Johnson was leaving. Indeed after the news got out, Johnson was only half joking when she said she wanted to negotiate an exit provision Silva had in her contract: That if things went awry she would have the right to a principalship in the district.

It doesn’t seem likely that Silva will need that particular parachute.