News
Learning Curve
MinnPost’s education reporting is made possible by a grant from the Bush Foundation.
May 5, 2015

Instead the group, which includes officials from the state departments of health, human services and education, asked the governor and lawmakers to direct $196 million over the next two years to an existing, underfunded early scholarship system.

Council members also asked for $194 million to expand promising home-visiting programs and to make sure funds targeted for the most fragile children come with maximum flexibility.

Council members don’t oppose school-based pre-K, Chair Barbara Yates of Think Small said Monday. “I think we felt there are items [the governor proposed] that are very difficult to roll out right away to scale,” she said. “We’re trying to improve on the policy of that proposal.”

As proposed by the governor, universal pre-K in Minnesota “includes a number of untested elements that should be piloted and evaluated prior to statewide implementation,” the council noted in a report sent to Dayton and the Legislature.

The council’s role is as the governor’s early-ed advisory body, an accompanying letter noted: “At times that puts us at odds with certain elements of a proposal. Any disagreement is rooted in our ability to anticipate day to day implications of a policy or investment.”

It’s typical for employees of state agencies — in this case including Minnesota’s early-learning czar, Melvin Carter — to abstain from taking a vote that would put them at odds with the administration, said Yates.

According to the document, “Innovations that have demonstrated encouraging results and need to be sustained include: Transformation Zones, Minnesota Early Learning Foundation Scholarships, Parent Aware, Invest Early, Seed Communities via Race to the Top-Early Learning Challenge, and Reading Corps in Licensed Family Child Care.”

Minnesota Commissioner of Education Brenda Cassellius disagreed with many of the council members’ assertions.

“I’d like to know their basis for making some of these statements,” she said. “We know universal pre-K helps all kids. It’s just the common-sense thing to do. Why wouldn’t you do that?”

The point-counterpoint about the evidence shoring up each approach has become a hallmark of the year’s most painful education debate, with Cassellius and Dayton insisting that the $1.9 billion budget surplus gives the state an historic opportunity to do something bold to help all kids. A broad swath of the early-childhood-education community, meanwhile, counters that the system under development for the last decade will focus resources where they are needed most.

The debate has become increasingly painful as one-time allies press their cases in the court of public opinion, swinging research citations and policy prescriptions at one another like gladiators in a ring. Coming from a diverse group appointed by the governor, the recommendations are the sharpest jab from within yet.

(Members of the general public who would like to hear the arguments articulated at greater length should RSVP to a free panel discussion today (Tuesday, May 5) that will feature Cassellius and five early-ed experts. The discussion will take place from 4 p.m. to 6 p.m. in the Cowles Auditorium at the Humphrey School of Public Affairs, 301 19th Ave. S., Minneapolis.)

The novelty of the scholarship approach was one of the reasons Minnesota won a federal Race to the Top early learning grant. Advocates had imagined that when the stimulus dollars stopped flowing the state — recovered from the recession — would take over.

Those federal funds have made a crucial difference over the last two years in the White Earth Nation. A large portion of the $1.1 million federal grant went to fund pre-K scholarships. Two-thirds of scholarship recipients had not previously received any public services.

The federal money dries up next spring. Funding universal pre-K without pumping more money into the scholarship system would endanger efforts like the tribe’s program to combine services for its littlest members, according to Barb Fabre, program director for the White Earth Child Care and Early Childhood Program.

Last year 44 babies were born addicted on the reservation. Drug use is one reason a high percentage of the community’s children are being parented by relatives. Community groups are best positioned to know how to spend state funds, she said.

Fabre cites the case of a girl who was not talking when her grandfather, who was caring for three small children, enrolled her in preschool at 18 months. After four months of quality care, the girl had met her developmental markers. 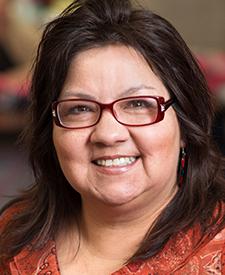 “She was talking, she was singing,” said Fabre, who estimates that without preschool the girl would have showed up for kindergarten knowing 2,000 words, versus the 20,000-plus her middle-class peers acquire.

White Earth families with compounding challenges are unlikely to travel off of the reservation to try to win spots in programs not developed and operated by the tribe, Fabre said.

Scholarship-eligible programs in other parts of Greater Minnesota are not growing fast enough to meet needs, Cassellius countered. Nor is she convinced that the research underlying the scholarship approach will hold up outside the metro area.

The governor’s “mixed environment” proposal, in her view, is the most comprehensive approach. The council members who met last week agreed that multiple delivery systems are warranted, but say the state should fund what’s already in place and working.

The recommendations come as state policymakers head into conference committee, where they have just two weeks to iron out sharp division over Dayton’s marquee initiative. So far, neither legislative chamber has thrown its support behind the effort.

The governor would spend half of his $700 million education budget on school-based pre-K for 4-year-olds. The GOP-led House of Representatives rejected Dayton’s proposal and would increase early-ed scholarships by $30 million.

The Senate would direct $65 million to existing school readiness programming, which many school districts would prefer because they could spend it on the specific needs of their most challenged students. The Senate would increase spending on scholarships by $5 million.

Created in 2011 as part of Dayton’s promise to give early ed a seat at the policy table, the council met by phone on April 30 specifically to address concerns about the current controversies, according to member Art Rolnick. A senior fellow at the University of Minnesota’s Humphrey School of Public Affairs, economist Rolnick has been an ardent supporter of the scholarship approach, which places the state’s neediest kids in gap-closing, high-quality programs.

The Dayton administration has seemed ambivalent about the initiative, both taking creative and bold measures over the last four years to protect it from ideological assaults and yet lobbying for scant funding. With a $1.9 billion surplus forecast, scholarship proponents imagined the 2015 budget cycle would be the year the taps got turned on.

Even the state’s school districts, typically welcoming of any new money, have been vocal in recent weeks in saying that they would prefer the money go to make up for inflationary pressures on the general education fund than to pay for a new program that will have them scrambling for classrooms and licensed teachers.

The proposal has funds to help train and license up to 1,000 new teachers, or relicense existing teachers as pre-K specialists, Cassellius countered Monday.

One of the council members who approved the recommendation, Fabre, disagreed. “Eventually, yes, universal pre-K is terrific. But in Greater Minnesota that’s not going to work,” she said. “We need year-round programs in the community.

“If it weren’t for these programs, these kids are going to show up for kindergarten with a 2,000-word vocabulary,” Fabre continued. “There’s the achievement gap. It’s a no-brainer.”