News
Learning Curve
MinnPost’s education reporting is made possible by a grant from the Bush Foundation.
June 9, 2015 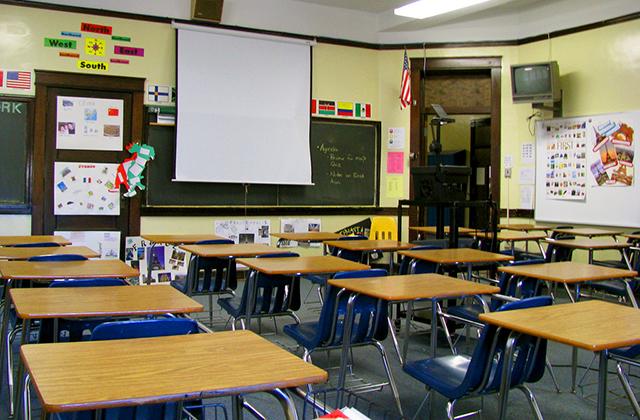 Creative Commons/Ryan Stanton
In 2012 the board stopped allowing teachers to earn licenses by submitting portfolios showing their teaching skill.

The state Board of Teaching violated Minnesota law when it unilaterally discontinued a popular and effective process for licensing teachers, argue motions filed in a lawsuit against the board in Ramsey County District Court.

Filed on behalf of a growing list of plaintiffs, the suit contends that the board has engaged in a pattern of arbitrarily and without explanation denying licenses to would-be teachers. To date, much of the controversy has centered on a 2011 law the board has largely failed to enact that would make it easier for out-of-state candidates.

The most dramatic action at a Ramsey County District Court hearing scheduled for June 25, however, will concern a teacher-licensing measure the board lobbied lawmakers to approve several years ago, but has since quietly discontinued.

The decision, the plaintiffs are expected to argue, compounds a fundamental problem: No matter their skill or experience, those who want to teach in Minnesota must spend time and money with one of the traditional teacher training programs.

In 2012 the board stopped allowing teachers to earn licenses by submitting portfolios showing their teaching skill. Those who wanted to teach but whose backgrounds had wrinkles — they went to school elsewhere, were changing careers or wanted to add a new specialty — had had a variety of possibilities for demonstrating their abilities.

Process was used by nearly 500 teachers

A top board priority just four years earlier, the process had been used successfully by nearly 500 teachers. Some 200 applications were pending when the board terminated the program. There was no public discussion, just a note posted to the Minnesota Department of Education website.

“Due to budget reductions and policy changes, the Licensure via Portfolio process has been discontinued,” it explains. “Interested candidates who were unsuccessful are encouraged to contact a Minnesota college or university to complete a teacher preparation program.”

What changed between 2008, when the board asked the Legislature to enshrine Licensure via Portfolio in state law, and 2012? A couple of major factors. The first: A Republican governor with an eye toward education reform left office. When his DFL replacement appointed new members to the Board of Teaching, they no longer included critics of the status quo.

The other thing that delivered a shock to the teacher prep system was the arrival in the Twin Cities of the highly successful alternative teacher preparation Teach for America (TFA). Faced with an influx of elite college graduates who entered the classroom after a summer of nontraditional training, board members were talking openly of needing to protect their constituencies.

In 2011, two years after TFA’s arrival, Minnesota passed a law mandating two processes to make it easier for teachers with nontraditional training and those who have taught successfully elsewhere to get Minnesota licenses. Until then, the board had been enthusiastic about the portfolio process, which the current lawsuit claims was actually generating more revenue than it cost to operate.

(The By-Now-Standard Kramer Disclaimer: MinnPost founders Joel and Laurie Kramer are the parents of TFA Co-CEO Matt Kramer. Matt Kramer’s wife, Katie Barrett Kramer, is a former TFA teacher and corps leader. Matt’s brother Eli Kramer is married to Jessica Cordova Kramer, who works for TFA. None of them is aware that this story is being prepared.)

Some of the plaintiffs in the suit [PDF] say they should have been able to use the portfolio option. Others attempted to use a streamlined process for licensing teachers trained in other states that the board has failed to implement despite the 2011 law ordering its creation. Requests for appeals by some went unanswered.

At a court hearing scheduled for late June, the board is expected to argue that in general [PDF] the plaintiffs do not have a legal remedy and are presenting their case to the wrong court. The board’s court filings also argue that it has fulfilled the 2011 law requiring a process for out-of-state teachers. The board’s executive director was not available to respond to questions for this article; the board’s chair did not respond to an e-mail.

Instead of spelling out the reasons for its denials, the board routinely recommends to even experienced and lauded teachers that they contact Minnesota training programs, which in turn require expensive and redundant coursework. The lawsuit is one of several ongoing efforts to force the agency to license teachers trained outside traditional Minnesota programs.

Depending on the outcome of this year’s legislative special session, the board will face a revamped version of the 2011 law that advocates for the plaintiffs and other potential teachers say contains language that is stronger and more difficult to evade. The board also faces a state audit.

Board members — all appointed by Gov. Mark Dayton and many with strong ties to teacher-prep programs and Education Minnesota, which opposes some of the changes — have offered only oblique answers why the debate has dragged on. At the public meetings where the topic has come up repeatedly since the 2011 law’s passage, board members have expressed distaste for the changes.

Portfolio licensure would be a godsend to Campbell-Tintah teacher Tony Munsterman, one of the teacher-plaintiffs who has spent years and thousands of dollars trying to secure a Minnesota license. In 1984, Munsterman graduated from Augsburg College with what was then the appropriate degree to teach music at the secondary level.

The parameters of the grades 5-12 music license changed that year, though the coursework to earn the credential stayed the same. Because music teachers are among the first to be laid off when budgets fall, Munsterman has spent the last three decades moving his family of five from one Greater Minnesota community to another.

In part because of this dynamic, teachers are in particularly short supply outside of Minnesota’s larger cities. Consequently, credentialing teachers in hard-to-fill areas is a policy priority for state education officials. In many of Munsterman’s past postings, district officials didn’t worry too much about his license and asked him to teach music in numerous settings.

In search of a permanent credential, Munsterman earned most of a master’s degree from St. Cloud State University, but quit when he realized the extra degree would price him out of the market in the towns where he wanted to work.

In an attempt to keep his current job, in Otter Tail County, Munsterman did what licensing officials said he should do and contacted a number of Minnesota colleges, several of which suggested he start over. He was one hour from losing his job — which no one else had applied for despite a statewide advertising campaign — when Concordia University agreed to help.

Munsterman was told he needed to take five classes at a cost of up to $3,000 each, including a course in choral methods. Last Friday, in an unexplained about-face, state licensing officials concluded he and at least one other plaintiff in the BOT lawsuit did not need to take a reading class.

Some of the plaintiffs in this lawsuit and similar ones filed in the past were subsequently offered licenses or temporary teaching credentials. None has received an explanation to date, though at least one was told that if he were not a plaintiff state officials could more easily communicate with him.

Envisioned as a gap-closing mechanism

Resolving problems like Munsterman’s was only part of the original appeal of a portfolio procedure. The original intent, according to the lawsuit, was to satisfy a requirement, linked to federal funding, that Minnesota adopt “highly qualified teacher” requirements as a mechanism to closing racial and socioeconomic achievement gaps.

Portfolio licensure, the state told the U.S. Department of Education, “provides opportunities to expand the field of teachers thereby providing district administrators greater opportunity to hire highly qualified teachers particularly in schools with high poverty and [that] have been identified as having inequities in their teacher assignments.”

The portfolio pathway was particularly advantageous to impoverished schools and charter schools, MDE noted: “The state cannot ignore the fact that many of the students that enroll in charter schools have high needs, have not been successful in ‘traditional’ school and the enrollment of students in charter schools continues to increase.”

In 2008, the board successfully lobbied lawmakers to make the portfolio process a state law. In 2009 and 2011, the board returned to the Capitol to ask for funding to support the portfolio program. Both times its director asked teachers to testify about the process.

Despite the fact that she had a master’s degree, one testified, “the classes that they were suggesting were basically beginners teaching classes, so for me the portfolio option was just awesome.”

Not only was a revenue stream created, including state money and fees from portfolio applicants, the Legislature reauthorized the board’s portfolio account for 2014 and 2015, according to the motion before the Ramsey County court.

MDE was then part of a Republican administration, which was, of course, not aligned with the teacher’s union and which appointed its own board members. The out-of-state licensing provisions passed in 2011 but not implemented were developed on their watch.

“It’s certainly my assessment that politics is playing a role in how candidates from out of state are being treated and how the board deals with programs like alternative licensure,” said Daniel Sellers, executive director of the advocacy group MinnCAN, which has monitored the issue for several years.

Indeed perhaps the fate of the portfolio process is best sorted out in a court of law. The teachers’ motion contends the portfolio program was self-funding, noting that e-mails between the board and MDE show that from 2009 to January 2011, the program took in $15,000 more in application fees than it spent. After portfolio was discontinued, other e-mails show, there was discussion about what to do with an undisclosed surplus.

MDE: ‘Pathway was not self-sustaining’

MDE disputes the notion that the program paid for itself.

“The pathway was not self-sustaining,” the agency asserted in reply to a MinnPost request. “Revenues collected from applicants offset the costs related to external portfolio reviewers, but did not cover costs related to online tools, technology, or staff time with either the department or the board.”

As late as November 2011 — after the out-of-state licensure pathway was supposed to have been created — the board was telling applicants that the portfolio process was their best option for securing a Minnesota license.

Asked whether he would submit a portfolio, Munsterman immediately starts touting the big-city competitions in which his budding small-town musicians have held their own. Heck, he adds, who but a zealot would pick up and move every couple of years just to stay in the same line of work?

“When I get up in the morning, the only thing I want to be is a music teacher,” Munsterman said. “I want my license. I want to stay where I am without interruption. I don’t want to have to pay all this money for coursework I don’t necessarily need.

“In jail, this would be called time served.”