News
Learning Curve
MinnPost’s education reporting is made possible by a grant from the Bush Foundation.
June 22, 2015

There were no bold declarations of sweeping changes sought, no protests, no lines drawn in the sand. In contrast to the last half dozen rounds of talks, last week Minneapolis Public Schools (MPS) and its teachers union began negotiating their next two-year contract to pretty much zero fanfare.

The current contract — inked more than a year late amid angry public protests — expires next week. District negotiators characterized Thursday’s kickoff session as collegial, saying they were optimistic a new preliminary agreement might follow shortly after the start of the school year.

A review of both starting wish lists suggests the next agreement is likely to simply build on the current one. And given that the marquee item in the current contract — a provision allowing some schools to trade accountability for autonomy — has yet to actually play out, the document itself may not be nearly as important as the implementation of the ideas in it.

Indeed what drama there is will likely center on the purpose of the Community Partnership Schools and the mechanism that will be used to create more of them — elements that were depicted very differently by MPS and Minneapolis Federation of Teachers in the wake of the last agreement.

At the moment the district has an interim superintendent, Michael Goar, who was a strong presence during the last round of negotiations, and one whose priorities arguably had a bigger impact on the final product than those of his predecessor, Bernadeia Johnson.

Goar is adept at managing divergent constituencies, but is thought to be unlikely to rock the boat with any of them while on an extended tryout. He reports to a board that boasts three new members (four if you count nonvoting student member Noah Branch) that is still something of a cipher politically.

Divisions within the board that approved the last contract were deep and often publicly rancorous. By contrast, the board that took over six months ago seems to be made up of nine individuals, many fiercely independent. Whether to hire Goar may in fact be a better litmus test than their posture toward the contract.

At the same time, MFT President Lynn Nordgren last year handily survived a leadership contest but is accompanied in the current talks by several new executive team negotiators who represent the more radical wing of the union that challenged her.

Add to all of this: In the wake of protests that followed last year’s MFT-instigated closure of the talks, both sides are hyper-aware that in a sea change from a few years ago, the public is watching.

No big changes on either agenda

Nor are there big changes on either agenda. Much of what the MFT is asking for are perennial negotiating items such as reduced workload, wraparound social services in schools, more respect for the teaching profession and a reduction in testing. 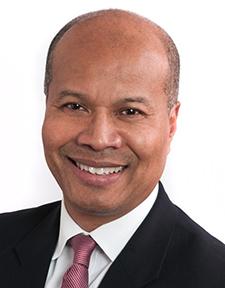 More likely to spark new lines of discussion are teacher fears that they will not get appropriate support for the mainlining of students with disabilities and behavioral issues — a topic that is likely to dominate agendas throughout the district as tough changes are made in coming months.

According to agendas exchanged Thursday, the MFT will also seek changes to the jointly developed and widely lauded teacher evaluation system and the expansion of the autonomous schools.

The district also wants to “tweak” the Community Partnership Schools agreement, which unlike the rest of the contract expires a year from now. By then, it may be much more clear what those schools look like and whether the change is bold or meaningful.

In May 2013, former superintendent Johnson invited community leaders to a presentation at the Minneapolis Central Library, where she released an initiative entitled “Shift.” At its center was a proposal to give a group of to-be-selected Community Partnership Schools greater autonomy from central office dictates in exchange for agreeing to ambitious accountability goals.

Initially the notion was described as a hybrid of strategies showing promise elsewhere, most notably Boston, where Johnson’s and Goar’s mentor, onetime MPS Superintendent Carol Johnson, got dramatic improvement in a group of persistently underperforming schools by moving them outside the main provisions of the district’s contact with its teachers union.

MPS’ highest performing schools could ask for the freedom, under Johnson’s proposal, while the lowest-performing could be told that while the shape of change was open for discussion, business could not go on as usual.

Under Johnson’s vision, struggling schools would get both protection from pernicious problems such as the forced placement of “excessed” teachers, and marching orders to adopt new strategies that in some places might look like the city’s highest performing charters.

When the agreement was announced in March 2014, it was described very differently by district and union leaders. MFT’s communication to members portrayed the decision to ask for Community Partnership School status as one in which teachers would have, essentially, a vote equal to that of administrators.

Johnson and Goar maintained that while teacher input was crucial, they had ultimate authority. Teachers who didn’t like a new approach could move to schools that would operate more traditionally.

Johnson’s original idea was to have a select group of schools re-open last fall. But within a few weeks, that morphed into the late-fall solicitation of proposals from schools. Goar took over the public talking about the proposal, evading direct questions about how the schools would be chosen and operate. 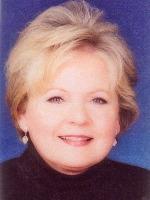 Requests from MinnPost for details on which schools had applied went unfulfilled. In December, Johnson resigned.

Meanwhile MPS parent-activist Seth Kirk asked for and this spring received audio recordings of the 2013 and 2014 closed-door sessions where school board members and top administrators discussed negotiations. By law, the recordings are public record once the contract has been finalized — a juncture that remains the topic of debate.

The tapes reveal a squishy middle. At least with the recorder running, board members did not much disagree and often seemed to push harder for change than did senior staff. They were not given much more information than was shared with the general public.

The most colorful moment occurred during the session when the tentative agreement was presented. After a great deal of back and forth between staff and perplexed board members who wanted more detail, board member Carla Bates remarked that the original purpose of the effort was to intervene in schools where nothing else had worked.

After some debate Johnson, whose voice had been mostly mute, jumped in and conceded the point: The purpose of the endeavor had shifted. Freeing some schools from central office management would help to whittle the bureaucracy needed, among other things.

A reading of the language in the agreement adds little clarity. Broadly speaking, the 2014 deal creates the partnership schools and creates some mechanisms for testing teacher appetite for change at likely sites and for teacher input into the process.

The superintendent was authorized to put forward the proposals that he or she deemed appropriate and the board got final say in whether a proposal is adopted.

But mostly the provisions commit the district and union to continuing to talk about things like compensation for teachers who take on extra work or work in challenging schools. The language certainly allows for the schools’ function to shift — and gives leaders latitude in how they describe the effort.

Far from Johnson’s vision, only one of the four partnership schools approved by the board earlier this year, Nellie Stone Johnson, appears poised to adopt strategies working in high-performing schools here and elsewhere.

What the programs do have in common are strong principals and a desire to concentrate on things they already do well. Which jibes with Goar’s effort, announced and put into action in his first week as interim superintendent last winter, to downsize the central office and shift resources to schools. At least in theory, the remaining administration can focus on schools that need more support.

Nor does Goar seem reluctant to make the changes he has the authority to make. Big changes announced in recent weeks without revisiting the contract are a move to a longer seven-period day in secondary schools and a reorganization of special ed.

Though neither required a contract change, they are the types of moves that in the past have been depicted as wrought via talks with the MFT.

In sum, the next two-year deal just might be struck in 12 weeks, vs. a year, because most of the adults at the table will benefit from a “bye” year.

The kids? For them it could either be welcome change, or more hurry up and wait, while the potentially big changes of the last contract either prove innovative and gap-closing or just another in a long line of forgotten reforms.

No drama, little fanfare as MPS and teachers begin talks