News
Learning Curve
MinnPost's education reporting is made possible by a grant from the Bush Foundation.
July 29, 2015 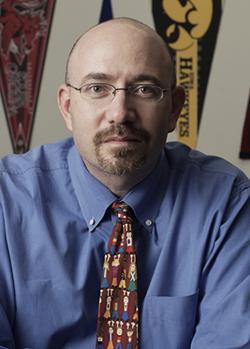 On Tuesday, one of the founders of the influential KIPP network of schools dared an audience of educators to capitalize on the flexibility that Minnesota’s chartering law, the first in the country, grants them.

“Too many charter leaders don’t use that freedom to lead the way they should,” Mike Feinberg told attendees at the third annual Minnesota Charter School Conference. Instead, many shrug at roadblocks, much in the way administrators in conventional bureaucracies accept the status quo.

One of the intents of chartering was to hand school leaders maximum control over everything in their buildings, from staffing to programming, which should mean fewer excuses for failing to reach students.

Charters like the ones in his network, Feinberg said, “are on the hook for so much more strong accountability than the state or federal government could ever bring.”

“Other systems are faced with difficult either/ors,” said Feinberg. “When you have a longer day, some of those either/ors turn into ands.”

The conference was organized by CliftonLarsonAllen, the Center for School Change and the Minnesota Association of Charter Schools. Other conference highlights included presentations by successful startups, an overview of the state’s new process for evaluating the organizations that oversee charter schools, and experiences from teacher-governed schools.

Founders of the DREAM Technical Academy in Wilmar, Doug and Tammie Knick described hurdles to opening a school in Greater Minnesota that ranged from negative stereotypes — some of them perpetuated by districts that previously faced no competition — to a paucity of lunch vendors.

DREAM’s best source of support turned out to be churches in the region, which allowed the Knicks to introduce the program to congregants.

A high percentage of students, who enrolled thinking it would be more lax than the alternative learning centers in their 14 home districts, quit within a month.

“We didn’t envision we would attract dropouts from other schools who had been out of school for one to two years,” said Doug Knick.

The gathering comes at a time when charters are under increased pressure to deliver on several fronts or face closure. The issue has divided Minnesota’s charter sector, with some advocating the automatic closure of chronic underperformers and others opposing more state regulation.

A Minnesota Department of Education presentation on a new system for evaluating the groups responsible for charter performance drew flurries of questions. The number of authorizers has fallen in recent years since the Legislature assigned them much higher accountability standards.

Traditional public schools here and elsewhere, meanwhile, are under pressure to adopt strategies that have created the charter sector’ standouts.

The first Knowledge is Power Program school opened in Houston in 1994. Nationwide, there are now 183 KIPP schools serving 70,000 students.

The size of the list, said Feinberg, “creates stress on KIPP. But it also creates a lot of pressure on the other school systems in the area. That’s a whole lotta kids trying to get out of Dodge as fast as possible.”

Minneapolis’ lone network school, KIPP North Star Academy, has had an uneven trajectory since its 2008 opening. While improving, student achievement lags [PDF] behind both Minneapolis Public Schools and Minnesota on most indicators. Turnover has been high among both students and school leaders.

Though none of the audience members asked about the Twin Cities KIPP program, Feinberg did face questions from audience members about intervening in struggling charters. Detailing qualities odds-beating schools have in common, he said when a KIPP school isn’t delivering he “digs all the way back to the school leader.”

That person may have been a bad hire, may be making bad hires or may be fearful of hard decisions, he said. The network will support struggling leaders “as long as someone has a growth mindset, as long as they are willing to look in the mirror and say, ‘I’m not doing a great job but I could be.’ ”

“Poverty creates a whole bunch of challenges as we teach children from low-income communities every day,” he said. “That’s real. On the other hand, education is absolutely the way we change a child’s trajectory.”